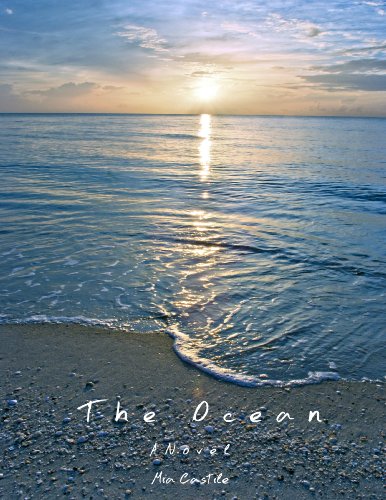 Warning: This book is so ADDICTING! I could not put it down.

My Cover Thoughts: Okay so summer time is coming up real soon and after looking at this cover and reading the book I decided I am going to the beach for a weeklong vacation. I loved this cover because it reminded me of when I was younger and I would go to North Carolina to stay with my grandparents we would go the beach every day. The cover is of a picture of the waves rolling in to the beach and it is great! You will see why she has chosen this picture for the cover as you read the book.

My Thoughts/Review: I really loved this book. I read it in 8 hours while I was at work because I could not put it down. First the book starts off with the loss of Alex and Gia’s mother. They are then sent to live with their father who is a recovering alcoholic and has not seen them in 10 years. Alex decides to go down to Florida early to start football boot camp while Gia stays behind to be with her friends.

When Gia goes to get on the plane she has second thoughts and begs her step-father to keep her but he says he cannot. She gets on the plane and tries to get comfortable but all she keeps thinking about is how is she ever going to live with her father because she has not seen him in ten years. After she lands in Florida she calls alex but he can’t get her because the truck they drive is broken down. She has to take a cab to the house. She flags one down and the driver helps her with her luggage and asks her to see the money first because it is a long trip and he does not want to take it if she does not have the money. She laughs but shows him the money and in turn she looks at the cab driver and says give me your driver license. She takes a picture of it and sends it to her brother via the phone and says just in case I don’t make it this is the cab driver.

As she is driving along she decides to have the taxi driver pull over to the beach she would go to when her father would get drunk and start hitting her mother. While she is there spacing out on her memories of the past she is almost hit by a football. When the guy comes up to her he says sorry we almost hit you but my friend has a horrible throw hand. They instantly look at each other sizing each other up. She instantly falls for him so she gets up and leaves the beach to go home and face Oliver (who is her father but she calls him by his first name) and Alex. As she’s walking away she can feel the guy’s eyes on her and she tells herself not to turn around. When she finally does turn around she finds him still looking at her. She smiles to herself and goes to the cab. She leaves to go to the house and is greeted by an empty house because Alex is getting a part for the truck. He soon comes home and they start to unpack.

I could on forever about this book because that is how good it is. Gia and the mystery boy meet because he is on the same team as Alex. They get together and have their ups and downs but they weather the storm together and things start to get bad but then they get better. This story is about broken hearts, first loves and betrayal. This story will have you on the edge of your seat. You will cry and you will laugh but in the end you will learn what it is to love and be loved.

Memorable Quotes: Page 106 Travis writes Gia a letter after something happens between them.

I'm not going anywhere. Sometimes things look one way when they are completely different. That's what happened Saturday night. Maybe I should have done this first. You would have read this and seen that I don't want to be with anyone but you. I will be here, right where you left me when you are ready to come back to me. There is a reason for everything, and sometimes out of tragedy, you can find something really good. I think I was brought into your life to show you that you deserve the good. I know you were brought in my life to show me what true love felt like. I wrote it. Love. I can't believe I just wrote that, but I did, and I do. I love you. I've never loved anyone like I love you. I don't know if I can ever love anyone else like I love you right now. And my heart feels broken. But I'm not going anywhere.

I felt better after I wrote the letter, but also nervous, because what if it was too late. What if it didn't matter anymore and it was over. I refused to think about that. All I knew was tomorrow I would give her my letter, and I would leave it up to her.