When Audrey Casella arrives for an unplanned stay at the grand Hotel Ruby, she’s grateful for the detour. Just months after their mother’s death, Audrey and her brother, Daniel, are on their way to live with their grandmother, dumped on the doorstep of a DNA-matched stranger because their father is drowning in his grief.

Audrey and her family only plan to stay the night, but life in the Ruby can be intoxicating, extending their stay as it provides endless distractions—including handsome guest Elias Lange, who sends Audrey’s pulse racing. However, the hotel proves to be as strange as it is beautiful. Nightly fancy affairs in the ballroom are invitation only, and Audrey seems to be the one guest who doesn't have an invite. Instead, she joins the hotel staff on the rooftop, catching whispers about the hotel’s dark past.

The more Audrey learns about the new people she's met, the more her curiosity grows. She’s torn in different directions—the pull of her past with its overwhelming loss, the promise of a future that holds little joy, and an in-between life in a place that is so much more than it seems…

Welcome to the Ruby.

I loved this story right from the start. I live in Massachusetts where there are several asylums and hotels and houses haunted. I was hooked right from page one and continued on reading through the night to see what happened.

This is a story about Audrey Casella and her family. She has just recently lost her mother and her father just simply can't handle life anymore. So he sends the Audrey and her brother Daniel to live with a grandmother they have never met. They stop to spend one night at the Ruby Hotel and this is where things weird things start to happen.

As she spends time in the hotel she starts to think there is something funny going on. She sees things and hears the gossip from the staff about the hotel but is it true or is it just rumors? Then she meets the handsome guest Elias Lange that makes her heart race because he is so gorgeous and she starts to forget her worries and fears and starts to think that maybe staying at the hotel isn't so bad after all. 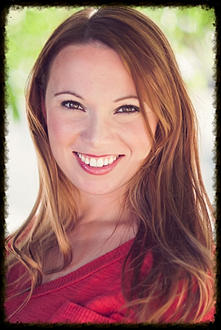 Suzanne Young is the New York Times bestselling author of The Program series. Originally from Utica, NY, Suzanne moved to Arizona to pursue her dream of not freezing to death. She is a novelist and an English teacher, but not always in that order.

Suzanne is the author of several bestselling books, including THE PROGRAM, THE TREATMENT, THE REMEDY, THE EPIDEMIC, and HOTEL RUBY.

Learn more about Suzanne at:
http://www.suzanne-young.blogspot.com/

waw this information is really very nice, I am very happy to have found a good article like this. thanks has been sharing this useful information.

I am a Staff Author at Fieldengineer.com a Marketplace for On-Demand telecom workforce, extending from field engineers to high-level network engineers, project managers and Network Architects in 146 nations.
Field engineer