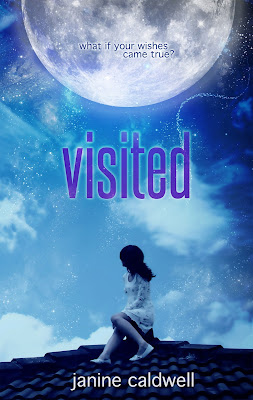 Seventeen-year-old Joanna Murphy has lost faith in her life. Vying for her mom’s attention, she’s resentful of her stepdad’s intrusion to their family. Her best friend, Tommy, has no clue she’s in love with him as he dates girl after girl without noticing how it tortures her. The final kicker, though, is God’s sick joke to make her freakishly tall when everyone knows boys prefer petite girls.

Then in a bizarre accident Joanna meets James, a breathtaking teen who appears to her after an unusual falling star sighting. Suddenly, her dream for an alien encounter becomes all too real. But when she finds her life has been made unrecognizable, she’s forced into an explosive study of the original design for her life that just may have her regretting every wish she ever made.

Visited was a cute story from the beginning. As I was reading it though I really felt like this was not a YA book but maybe more for middle schoolers. The story flowed semi smoothly and had me going back to re-read what I read to make sure I did not miss anything.

One day while staring up at the stars she wishes things could be different. She wishes she had Tommy for a boyfriend and she wishes her mother never remarried. While she is wishing on this falling star she sees this boy coming towards her and oh man she is intrigued because he is the most handsomest boy she has ever seen. She is so caught up by James that she wonders if her dream man has come true and come to life. But everything is not what it seems and Joanna soon learns that she should have been careful with what she wished for.

This is a cute read and I know middle school teens will love this story! 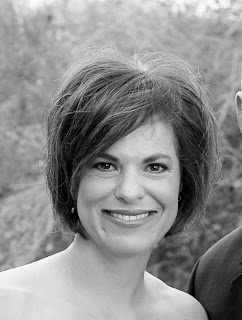 Janine now lives in Anthem, AZ with her husband and two sons. As a lifelong literature fanatic, she knew it was only a matter of time before she would become obsessed with writing her own work. With relatives like the Brothers Grimm and Anita Loos (Gentlemen Prefer Blondes), she figured fantasy writing had to be in her DNA.

Books published by Janine include Visited, a YA coming-of-age fantasy, Rematch and Double Fault—the first two books of The Vortex Series. The final book in this YA fantasy romance, Deuce, will be released fall 2013.

Hi there! Thanks so much for taking the time to review Visited. I really appreciate it!

Oh, I forgot to mention! If you find the time, could you vote for Visited on Goodreads for best teen clean fiction? Here's the link: http://www.goodreads.com/list/show/15058.Clean_teen_fiction_Christian_#17984925

I also have my fan group on Goodreads that I would love for you to join!
http://www.goodreads.com/group/show/102675-janine-caldwell-fan-group