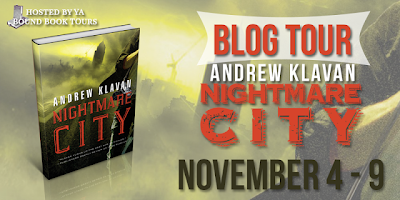 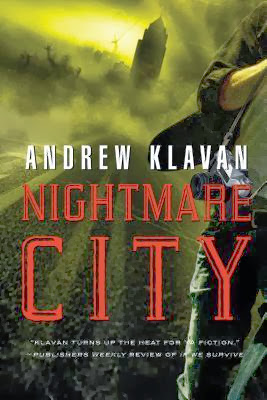 Tom Harding only wants the truth. But the truth is becoming more dangerous with every passing minute.

As a reporter for his high school newspaper, Tom Harding was tracking the best story of his life when, suddenly, his life turned very, very weird. He woke up one morning to find his house empty . . . his street empty . . . his whole town empty . . . empty except for an eerie, creeping fog and whatever creatures were slowly moving toward him through the fog.

Now Tom s once-ordinary world has become something out of a horror movie. How did it happen? Is it real? Is he dreaming? Has there been a zombie apocalypse? Has he died and gone to hell?

Tom is a good reporter he knows how to look for answers but no one has ever covered a story like this before. With the fog closing in and the hungry creatures of the fog surrounding him, he has only a few hours to find out how he lost the world he knew. In this bizarre universe nothing is what it seems and everything including Tom s life hangs in the balance.

Okay people so you should never read a scary book before going to bed. Needless to say I made that crazy decision and lord have mercy this book was a mind F&^% and then to try and go to sleep after reading this crazy book lord I do not recommend that. But I have to say I love this book and what unfolded was total awesome sauce!

Tom Harding is a senior in high school and he is living the life of a senior. He is on the school newspaper as a reporter and is always chasing the next story. Then Tom stumbles upon a mystery of sorts but he is just not so sure. He goes to sleep one night and he is fine and the next thing he knows is he is waking up and his life is nothing like when he fell asleep. His family is missing and the neighbors are missing and there is this crazy fog and something sinister is creeping in the fog. What the hell is going on is all Tom can think because he was fine when he went to bed but when he woke up he woke up in a dream.

Andrew Klavan is a best-selling, award-winning thriller novelist whose books have been made into major motion pictures. He broke into the YA scene with the bestselling Homelanders series, starting with The Last Thing I Remember.He is also a screenwriter and scripted the innovative movie-in-an-app Haunting Melissa.

GIVEAWAY:
3 print copies of Nightmare City (US only)
a Rafflecopter giveaway