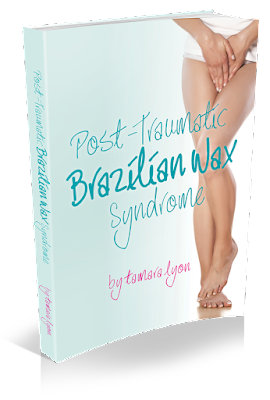 Bristow Sparks, an interior designer in Lake Geneva, Wisconsin, has just landed the contract of a lifetime, working for the Cherry Wyeland, volatile reality star and CEO of Wine-A-Lot. Designing for a crazy person is an around-the-clock commitment. It frays Bristow’s nerves and forces her to compromise in unimaginable ways, but, given that the finished product will be featured on The Decorating Network, she must succeed.

While her professional life is hot, her personal life is barely room temperature. After surviving the relentless media spotlight because of a personal tragedy and a traitorous ex-boyfriend, Bristow flies so far under the radar she can’t even be detected. A homebody to the core, she binges on episodes of the Showtime series, Dexter, lives in sweatpants, and is addicted to exercise and Oreos.

As for relationships? She has fallen hard and fast for witty and adventurous Jack Hoffmann. However, after their disastrous first date where Bristow collides with a park bench among other mortifying mishaps, they are unfortunately just friends. At least there’s one male sharing her bed, even if it’s only Vegas, her theatrical golden retriever.

For her twenty-ninth birthday, Bristow goes out of her comfort zone and gets a makeover at an elite spa. Post-Brazilian wax and in excruciating pain, Bristow realizes that she’s been in a post-traumatic state for years. She vows to start taking risks again. When she finally goes after what and whom she wants, no matter the cost, tragedy strikes again . . .

Okay as most of you know I love a good book that makes me laugh and gets me frustrated all at the same time and this book did that for me. I loved it from the beginning to the end. I mean I laughed so hard at times I cried and my husband said what the heck is so funny so I asked him did he know what a Brazilian Wax was and he said no does it come Brazil? I laughed so hard I fell out of my chair and proceeded to tell him and show him on google what it was and his answer was holy hell I would never do that! Are these women crazy or what? Laughing I said women will do what they have to do to be beautiful.

This story is so much more than the was though and I loved all the characters because they fit in place and they all had their say and I loved that. You know sometimes some characters like the main ones get most of the book but this was equal and fun and I need to read another book by Tamara soon because lord she had me hooked and laughing and wanting to try a Brazilian Wax for myself but I decided HELL NO bush here we go! 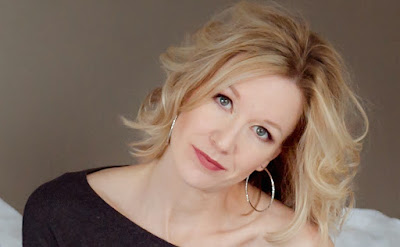 Post-Traumatic Brazilian Wax Syndrome is loosely inspired by an unfortunate, painful event that occurred three years ago and is critically acclaimed author Tamara Lyon’s sixth novel. Her previous works include The Ugly Tree series, a Flamingnet Top Choice Award winner, 2011 Next Generation Indie Finalist, Eric Hoffer Finalist, and Midwest Book Award Finalist. In 2010 her novel, Fixing Forever Broken, earned an IPPY Award for romance. Lyon has taken her recent books in a decidedly chick-lit direction and creates characters and stories that are refreshingly and humorously real. She makes her home in Wisconsin with her talented husband, cycling-superstar son, and counter-surfing golden retriever, Macy.

Giveaway image by Allison at The Reading Escape