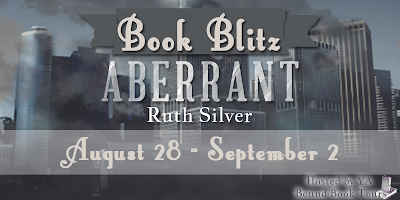 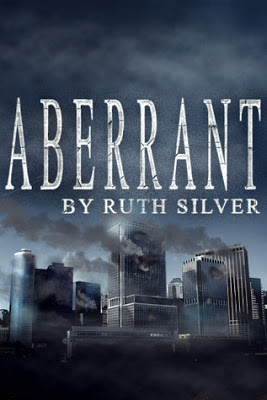 In the future Dystopian society of Cabal, the government instills equality for all and offers its citizens the perfect system. There is food, shelter and jobs for everyone. The one requirement is to follow the rules without question, including the government's match in marriage and "The Day of the Chosen", a lottery that randomly selects families to conceive children as natural means hasn't existed in generations. Following her eighteenth birthday, Olivia Parker accepts her requirement to marry her childhood best friend, Joshua Warren, and is eager to start her work assignment and new life when it all comes abruptly to an end as she's arrested and thrown in prison. The only crime committed, her existence. Olivia is unlike the rest of the world born not from "The Day of the Chosen." The truth haunts the government and puts her life in grave danger as one simple fact would destroy the perfect system.

With Joshua's help, Olivia breaks free of prison and is forced on the run. Together they set out to find the promised rebel town in search of a new home and new life together. Their situation seems less than promising as they reach the town of Haven. New rules and customs must be adhered to in order to stay. Leaving would mean most certain death in the large expanse of the Gravelands. Time is running out as the government mounts an attack to destroy Olivia and bury her secret with her. Thrown into a world unlike their own, they must quickly adapt to survive.

Joshua came into my room, ignoring all rules as he helped push the dresser further from the wall, knocking it to the floor allowing me more than enough room to grab the journal and go. I tossed it inside the pack and Joshua put the map inside before we stepped out of my bedroom. I glanced down the hall, not sure what I expected to see. To the right the dormitory had been hit, and a roar of smoke and fire filled the confined space. Jacqueline was gone. Hand-in-hand we ran in the opposite direction toward the staircase.

My eyes burned. Coughing, I refused to let go of his hand as we stepped outside. Drones weren’t the only things attacking Haven. Tanks rolled into town. A few soldiers jumped off, taking over the perimeter, guns drawn. I paused, gripping Joshua's hand as we were shrouded in smoke. Just a few feet away, a soldier lifted his weapon and unleashed fury on a group of innocent people. I covered my mouth with my hand to keep from crying out when a child no older than three hit the cement. His eyes remained open as blood seeped from his head. He didn't move. Didn't blink. It took only a moment to realize he’d died instantly. All I could do was stand there in shock.

"We have to move," I heard Joshua's voice, but it didn't register. The smoke swirled around us and gunfire erupted in every direction. He grabbed my arm. "Olivia, I need you to focus." I nodded once, trying my best to clear the cobwebs from my mind. I couldn't, though. I wanted to run out to the child and protect him, but it was too late. I was too late. They were here because of me, innocent blood on my hands. I felt the heat radiating from the dormitory and my eyes flashed back. "I need you here with me, Olive."

"I am," I insisted, knowing if I didn't focus we'd both be dead. I spotted more soldiers – their standard issue uniform and the Cabal crest on their jacket sleeve told me all I needed to know. The government had come looking for us. "Which way?" I couldn't see the exit. With the smoke enveloping us and the fear coursing through my veins, I forgot the direction we'd come from. 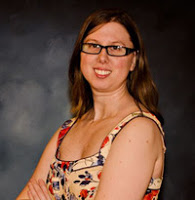 Ruth Silver first began writing poetry as a teenager and reading heaps of fan fiction in her free time. She has written under three unique pseudo names and penned well over a hundred stories.

She attended Northern Illinois University in 2001 and graduated with a Bachelor's in Communication. While in college she spent much of her free time writing with friends she met online and penning her first novel, "Deuces are Wild", which she self-published in 2004. Her favorite class was Creative Writing senior year where she often handed in assignments longer than the professor required because she loved to write and always wanted to finish her stories.

Her love of writing, led her on an adventure in 2007 to Melbourne, Australia. Silver enjoys reading YA novels and sharing her favorite books with other readers. She runs her own book blog and also enjoys photography and traveling.

Her favorite YA genre is a mix of Dystopian & Fantasy which is evident in the upcoming release of her latest book, Aberrant. Slated for release April 2013 by Lazy Day Publishing, it is the first in a trilogy.

I loved the excerpt! My family and I love dystopian books!

I love the excerpt and dystopians. Looks great to me. I like action too and it looks like it has that too.

Thank you so much for hosting Aberrant :)

Ruth Silver surprised me by adding shocking twists and revelations in the story. And that did not disappoint me from the first page until the end. I'm totally looking forward to know more revelations as Olivia and Joshua continue on their journey. :)