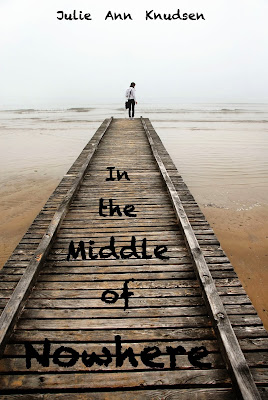 Title: In the Middle of Nowhere
Author: Julie Ann Knudsen
Genre: Contemporary YA
Publication Date: April 2012
Event organized by: Into the Night Reviews

A teenage girl. A broken heart. And a boy who tries to mend it.

Butterflies. Little, fluttering butterflies. That’s what fifteen-year-old Willow Flynn feels in the pit of her stomach every time the mysterious boy is near. But Willow has other things to contend with as she deals with the tragic loss of her father, as well as her emotionally preoccupied mother, while being uprooted to a new house, a new school, a new life, far away, on an island, in the middle of nowhere.

At the beginning of the school year, the sickly, but cute Michael sends Willow the first of many cryptic notes during homeroom. He stares at Willow and gives her the creeps. Michael never returns to school after that, but Willow ends up connecting with the poetic boy on-line where they strike up an unusual friendship.

As Willow attempts to fit in and find her niche in the ever-cliquey high school world, she is further confused by Michael who strives to win her over and mend her broken heart. But will he be able to, especially when his own existence remains so uncertain? 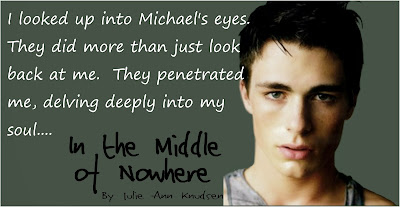 4 of 5 In The Middle Of Nowhere

Okay where do I start with this review..... as you all know I love a good YA story that tugs at your heart and has you thinking about things you wouldn't normally think about. I love when I read a story about love, loss, and renewal but more so when it is from a younger teen because the truth is we don't have a lot of stories with younger teens experiencing loss and the after math of losing someone you love and are close to.

15 year old Willow knows loss like no other. He r father has passed away and her mother can't afford to stay in the house they are in so she moves Willow and her brother to a small island where they can start their lives over again. Her mother has essentially checked out and wants nothing to do with nothing as she grieves over the loss of her husband.

Willow is nervous about moving to a new place because she knows she will have to make new friends and start a new school and she is not sure if she can do that. It is scary but when she has to finally start school she goes with her head held high. It is in her homeroom that she meets Michael. Michael throws a paper airplane in the air and it hits Willow. It is after this that Willow starts a friendship with the quiet boy who keeps missing school.

Michael is quiet and keeps to himself. He misses school a lot because he is sick and he does not want others to know. But Michael feels something for Willow and as he starts to miss a lot of school he connects with her online where they strike up a strong friendship. Michael knows Willow is sad and he tries everything he knows to make her happy and win her over. But can Michael break through those barriers? Is Michael real or is he a figment of Willows imagination? 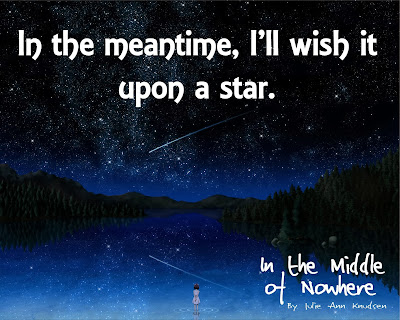 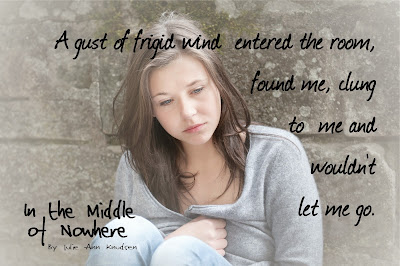 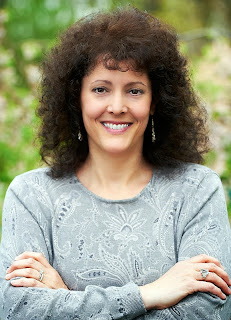 Julie Ann Knudsen received her B.S. degree in Technical Writing from Clarkson University, but found that she preferred writing creatively, especially after penning the play for her children's drama club for many years. She lives with her husband and three children in Connecticut. 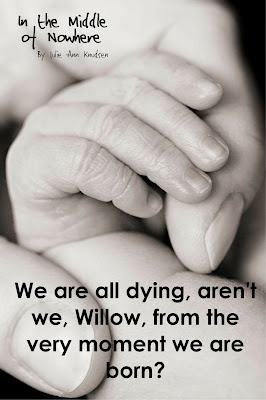 Having been raised in New York, and living in Connecticut for most of your adult life, what are some of your favorite parts of New England, any traditions or memories that you feel are central to life in New England and/or New York?

I grew up in Rochester, New York, which is about seven hours north of my hometown inConnecticut. My favorite part of living in New England is that I can drive three hours to the east and find myself in one of the many quaint towns situated on Cape Cod, Massachusetts or hop on a train and ride an hour and a half to the west and stroll around one of the biggest cities in the world, New York. Connecticut’s central location is whathas become my favorite part of living in New England.

Giveaway:
Julie Ann is offering two signed copies (one available internationally) and two ebook copies of In the Middle of Nowhere as a tour wide giveaway.
a Rafflecopter giveaway 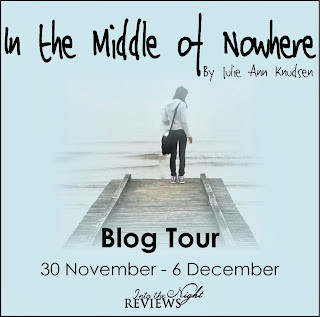