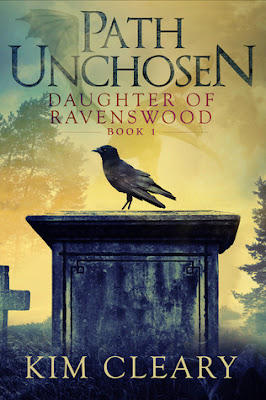 When eighteen-year-old Judy Hudson discovers she’s a necromancer and sees first-hand the pain her powers can cause the dead, she just wants to deny who she is. The zombie plague is long over. She wants to find a more normal life, but that’s a challenge when a beautiful otherworldly man, who claims to be her guardian, saves her life.

Judy tries to set right the harm she inflicted on a spirit she raised, but new zombies attack—zombies raised from among the long-time dead. Someone else just like her is out there, and he’s not trying to set anything right. To save her own life, and protect the innocent inhabitants of the nearby town who’ve become her friends, Judy has to figure out who’s raising the dead and why. She must also learn to control the darkness inside her—a seductive darkness that promises her power beyond her wildest dreams.

Path Unchosen is simply an amazing read that I truly enjoyed. I usually don't read zombie books but this one is so much more than I expected having zombies and necromancers which by the way I love necromancer books!

Judy Hudson is an orphan. She does not know who her family is but she sort of has one at the orphanage. But when Judy turns 18 she is on her own. She knows she is different and she tries hard to suppress her powers but it is hard for her. All she wants is a normal life. One where she does not have to fight zombies or worry about the dead. As Judy finds herself in a bind she finds out she has a guardian who is going to help her out. But can Judy trust him is the issue she is having because she has had to fend for herself all this time she is not so quick to just up and trust anyone.

Judy ends up trying to fix her mistakes she has made as a necromancer but she is realizing that someone or something is out there and they are determined to keep the evil afloat. Zombies have arisen and they are ready to attack on command. But who is commanding them and why? Judy will have to figure that out and soon because the zombies are ready to attack and she is not sure who to trust and if she can in fact help her new friends out.

What can Judy do? Will her guardian be able to help her? Who is responsible for raising the dead? 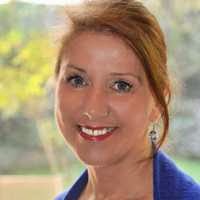 Kim writes urban fantasy for anyone who longs to discover they are extraordinary. She writes about hopefulness and determination, and about heroes who push through extraordinary situations and obstacles, one step at a time. Magical friends and gorgeous guys help, or hinder, in one adventure after another.

When not writing, revising, or thinking about writing, Kim gardens, plays with her dog, chats on social media, catches up with friends or cooks an Indian feast. She is a member of Writers Victoria, Romance Writers of Australia, The Alliance of Independent Authors, and a certified chocoholic.

Kim grew up in Birmingham, UK, studied medieval history and psychology at Adelaide University in South Australia and has worked all over Australia and in London. She now lives with her husband and an adorable Cocker Spaniel in Melbourne, Australia.