Firefighter and eco entrepreneur Walter Graham II is tired of dating beautiful, but unsettled women who don’t know what they want from life. He wants to date a woman who’s as smart as she is attractive—someone who can talk about interesting things—someone confident about her work.

He wants to date Jane Fox, but the sexy older woman keeps coming up with logical reasons why a relationship could never work between them. Yet he has to keep trying because Jane is the only woman who has even turned on his body and his brain at the same time. If he could just get his reluctant ‘cougar’ into bed, Walter is sure he can give that smart mind of hers a lot more to consider than just their age difference.

“Great. It’s not enough I have bloating this time. No, I have to have a pimple on my chin and an eye infection too,” Jane complained out loud.

She pulled on her favorite soft t-shirt, noting the tingling sensation as it scraped her sensitive breasts. Tomorrow was probably D-day for her period to show up. Her monthly torture seemed to only get worse as she got older. Wasn’t the monthly discomfort supposed to start easing up at some point?

Grateful her yoga shorts were at least stretchy and comfortable, Jane sighed as she pushed her rarely worn black rimmed glasses up her nose. Feeling about as frumpy as it was possible for a woman to feel, she trudged to the refrigerator to fill her favorite mug with milk. She was dunking a second cookie, and feeling slightly better about life, when the doorbell rang.

Checking the clock on the wall as she walked to answer it, she peered through the viewer at. . .Walter? What was he doing here?

Opening the door, her nose immediately registered spicy male and flowers. Flowers? Her gaze fell to the single red rose in his hand.

“Walter?” His name encompassed all her questions.

“You wear glasses?” Walter exclaimed, smiling when she looked embarrassed over the fact. “I didn’t mean to sound so shocked. They make you look seriously cute.”

“Yes. . .well, I hate wearing them. I usually wear contacts,” Jane said. “Why are you here so late?”

“Because I’m an optimist?” Walter suggested. “Here—I brought you a flower. I was going to buy you a couple dozen, but their credit card machine was down. This was all the cash I had in my pocket after the bar.”

“Bar?” Of course. Walter had been drinking and gotten some harebrained idea he just had to share. She sniffed for liquor but smelled only wine. Not knowing what else to do, Jane sighed and took the rose. “Thank you, Walter. What’s the flower for?”

“What’s the flower for?” Walter parroted. He scratched his head. Daniel forgot to fill him in on the possibility that there might be a quiz. “Can I come in?”

“Sure. . .I guess. Sorry if I seem a bit slow. I’m not used to entertaining men after ten o’clock at night,” Jane said, as she stepped aside and motioned for him to enter.

She got a whiff of heat and masculinity as Walter passed by, but this time she kept her sigh of longing to herself. She was quite proud of her self-control until Walter turned and smiled as the door clicked shut behind him. No man had ever looked so totally pleased to have just walked through her door.

“I don’t usually show up on women’s doorsteps uninvited, either. Thanks for letting me in,” Walter said.

“Sure. Okay. So what did bring you here?” Jane asked finally, the butterflies inside her stomach fluttered around the cookies she had eaten. She wondered briefly if Walter was always going to possess the ability to cause nervousness in her. “Before you answer, you should probably know that I smell secondhand smoke, red wine, and oddly enough—another man’s aftershave on you.”

“That’s amazing and probably Daniel. He likes to hug. Daniel is Amanda’s. . .” Walter paused. Should he say fiancé? No. Not yet. “He’s Amanda’s boyfriend. . . and mine too, I guess. We’ve been best friends since we shared a nanny.”

“Look—it’s really late and I don’t need to hear about your sexual experimentations with your friends,” Jane said, turning away from him.

“God no. . .that’s not what. . .why would you even go there?” Walter demanded. “I said we shared a nanny. Our parents shared a babysitting service.”

“Oh,” Jane said, her face flushing with the magnitude of her error. “Well, now I’m the one totally embarrassed. Sorry. I don’t know why I even said that. It’s late. Sometimes I forget that you. . .I don’t even know what point I’m trying to make.”

She stopped talking and just shook her head, totally ashamed of her wicked thoughts.

“Maybe you mean that sometimes you remember I’m a man and forget that I’m a lot younger,” Walter finished, tagging along behind her into the kitchen. He smiled when he saw her lay the rose beside a cup with a frog on it. The smile got wider as she dunked a cookie down inside.

“I didn’t say any of that,” Jane retorted. “Stop trying to put words in my mouth—or my head. It’s late. I’m tired. I had a late dinner with friends last night. I was trying to get to bed early.”

“Speaking of being young though, I was drinking wine up until a few moments ago. You’re the one drinking milk and eating cookies at ten o’clock. So who’s being the kid, Jane? You’re eating kid food,” Walter declared, grinning at her deliberately dunking another chocolate chip cookie into the mug before taking a big bite of it.

“I’m a big girl, Walter. I can do what I want whenever I want,” Jane replied after swallowing. She realized the innuendo of that statement when the chiseled blond statue in front of her grinned wickedly. No cookie in the world was good enough to satisfy the craving for him that hit her full on.

“Yeah. That’s exactly what I like about you,” Walter said, walking closer. “You say what you think and do what you want.”

“I admire you too. You’ll get there one day,” Jane said, dashing away from close proximity to the sink to rinse her cup.

Two seconds later, she felt the heat of Walter along her back, just before two large hands blocked her in on either side. His rising interest in her was already noticeable by the time he stepped into her. The evidence of how much he desired her was as impressive as all the other times.

“Jane. You know I want you.” Walter bent his head until his cheek was against her hair. “You smell like mint and citrus. Also chocolate chip cookies right now.”

“The chocolate was because I needed comforting,” she said, more words escaping that could be taken in several ways.

“I’ll comfort you if you’ll comfort me back,” Walter said, his voice a tiny whisper between them.

Jane groaned. “If I had known you were coming by, I’d have dressed a little more. . .oh wow. . .that feels amazing,” she said, leaning her hot, heavy breasts into Walter’s large hands as they left the sink and came unerringly to the front of her. All that separated them was her favorite t-shirt. She’d never feel the same way about it again.

But no sooner had that thought occurred than she felt Walter’s hands slide down to her waist and back up under her shirt to cup both naked breasts at the same time. As he squeezed and massaged them, his sexy groan in her ear had her straightening, eliciting a surge forward, his eager erection rubbing hard against her curves.

Dating A Cougar II is a story that totally took me by surprise. First I have to say that this is number 6 in the series and I have not read any of the other books but I am so going to do that now that I read this one. Life is short and you should live it to the fullest and you never know who your going to fall in love with. Love chooses you you do not chose it and this is what happens between a slightly older woman and a younger guy.

Walter Graham II is every girls wet dream..... he is a firefighter and has his head on straight. He is gorgeous and funny and has the whole package. He has tried dating woman his own age but it just does not work for him. He needs someone on his intellectual level who can hold a conversation who can eat and not worry about their weight and most importantly someone who can hold his attention for more than a second. He knows who that woman is but she will not give him a second glance because she is older than he is and she refuses to be a cougar.

Jane Fox is a hot as hell older lady just living her life minding her business when she meets Walter. Walter is gorgeous and every girls wet dream but one thing Walter is young and she does not date young. But there is something about Walter that piques her interests and she is thinking maybe it won't be so bad being with a younger guy.

Can Jane get over her fears and give Walter a chance? Will Walter win her heart and trust? Will Jane become a cougar..... 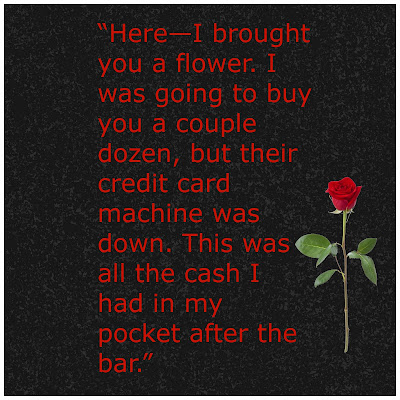 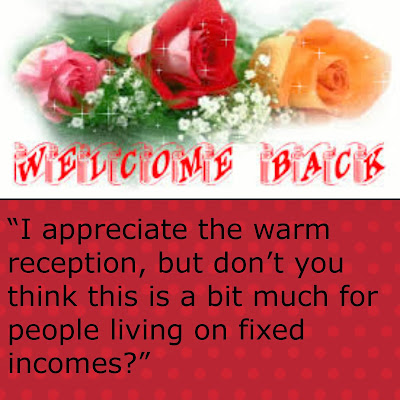 Donna McDonald's idea of success is to be on an airplane and see a fellow passenger reading one of her books. If the person is laughing or smiling, she will consider it a bonus.

Her work history covers everything from housekeeper to business owner to college English instructor. It also includes an eighteen year stint as a technical writer, publications planner, and information architect in the corporate world. Her current career goal is to be a prolific, multi-published author for the rest of her life and write stories readers will love to read. She thinks a little travel and adventure would be nice, too.