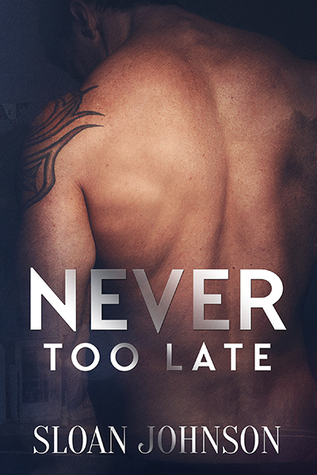 Dax: My life ended six years ago. No, really. I was dead on the side of the road following a gruesome motorcycle accident. From what I've been told, it's only because of one stubborn man that I have another chance to make something of my life. I no longer hate him for screwing up what I thought I wanted. I want to thank him. NEED to tell him what his actions mean to me.

Now, I’m headed back to the town I’ve never set foot in even though it’s a huge part of my life. I’m not thrilled about that, but the job offers haven’t exactly been flowing in. They’ll probably think I’m crazy, because there’s no way I won’t be able to look at every guy I walk past, wondering if he’s the one who saved me.

Michael: My entire life, I wanted to save lives. I’d earned a full-ride scholarship and had been accepted to med schools across the country. I was so close to making those dreams a reality until the night held a dying man in my arms. I’ve never been able to get the images of his lifeless body caked in mud out of my head. Even when the paramedics tried to take over trying to save him, I couldn’t let go. I never let go. Eventually, my guilt over not doing more cost me everything but my son. And now, I worry I’ll lose him if I don’t get it together.

I’ve often thought that if I could find him, maybe I could get some closure and finally get my life back on track. Now he’s here and I’m more of a mess than ever. Once the truth comes out, will he keep trying to save me or will he realize that it’s too late?

First I have to say that Sloan has done a fantastic job of weaving a tragic situation into a love story flawlessly. At first I was a little nervous to read Never Too Late because it sounded like such a sad story and I was not sure the ending would be good. I hate cliffhangers and I hate mushy mushy love endings but this ending Sloan killed it!

This story started out with Dax having a motorcycle accident. Laying on the side of road dying a mysterious man comes over to help him out. The man stays with him until the ambulance comes and when Dax wakes up he wants to meet the mysterious man who helped him out. So he decides to go back to the small town where he had his accident in hopes of finding the man who saved him and thanking him. But what Dax gets when he gets to the town is something totally different than what he thought.

Michael has always wanted to be a doctor. He has been accepted into several medical schools and has not chosen a school yet when he comes upon a horrible motorcycle accident. It is in seeing the man laying there dying that Michael holds the man until help comes when he decides that being a doctor is something he can't do. Holding a dying man has changed him to the point he loses his wife and the only thing holding him on to reality is raising his young son.

Michael is spiraling out of control when he gets a new neighbor and his world is about to change in ways he never thought. Dax and Michael will take a journey of discovery that turns from friendship to love. But will their past bring them together or tear them apart? 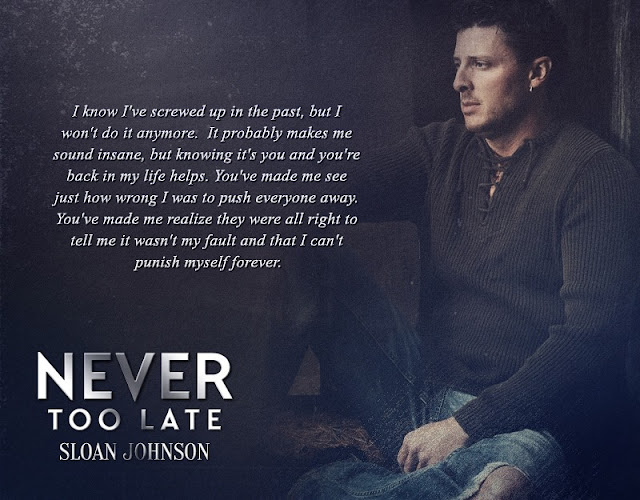 Sloan Johnson is a big city girl trapped in a country girl’s life. While she longs for the hustle and bustle of New York City or Las Vegas, she hasn’t yet figured out how to sit on the deck with her morning coffee, watching the deer and wild turkeys in the fields while surrounded by concrete and glass.

When she was three, her parents received their first call from the principal asking them to pick her up from school. Apparently, if you aren’t enrolled, you can’t attend classes, even in Kindergarten. The next week, she was in preschool and started plotting her first story soon after.

Later in life, her parents needed to do something to help their socially awkward, uncoordinated child come out of her shell and figured there was no better place than a bar on Wednesday nights. It’s a good thing they did because this is where she found her love of reading and writing. Who needs socialization when you can sit alone in your bedroom with a good book?

Now, Sloan is a tattooed mom with a mohawk and two kids. She’s been kicked out of the PTA in two school districts and is no longer asked to help with fundraisers because she’s been known to lose herself with a good book and forget she has somewhere to be.