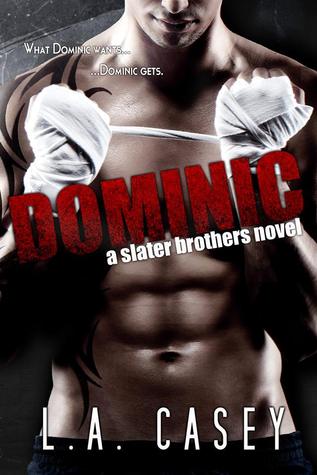 After a car accident killed her parents when she was a child, Bronagh Murphy chose to box herself off from people in an effort to keep herself from future hurt. If she doesn't befriend people, talk to them or acknowledge them in any way they leave her alone just like she wants.

When Dominic Slater enters her life, ignoring him is all she has to do toget his attention. Dominic is used to attention, and when he and his brothers move to Dublin, Ireland for family business, he gets nothing butattention. Attention from everyone except the beautiful brunette with a sharp tongue. 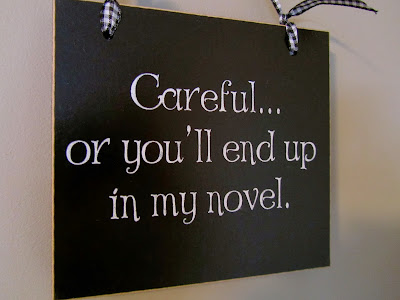 Dominic is NOT a YA book, not at all. The characters are 18 and in finishing up in school, but the strong language, violence and sexual content make it an NA book :) The characters in my book are fouled mouthed and curse each other out more times than not. I get that in most books a man who loves a woman wouldn't curse at her and is nice as pie but in my life, where I live, if someone hurts you and upsets you, you don't sugar coat words exchanged in a fight just because you love that person. No, you let loose your rage because in the heat of the moment, you just HAVE to. 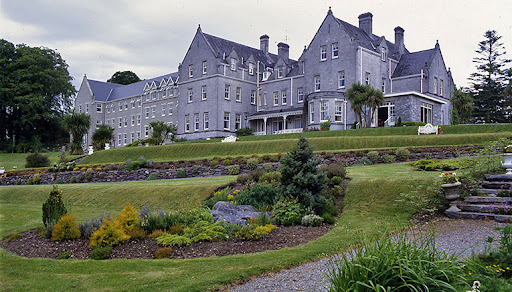 Dominic is set in Ireland; most of the characters are Irish, and the Irish have a dialect that is completely different from any other dialect in the world. We tend to break words down when speaking and jumble them up; we're weird like that.

I want to make it clear that when you see an Irish (Dublin) character in Dominic say the word 'me' where 'my' should be, that is supposed to be written that way. Everything is 'me' here in Ireland and rarely ‘my'. Of course, not everyone in Ireland says 'me' but it is a lot more common.

Here in Dublin, where the book is set, it is also more common for most people leave the out the letter G on most words when we speak, again, this is just another part of our dialect.

Spelling is also different here as well, for example, we spell the words 'colour' and 'favourite' with a U instead of without one. A good few foreign readers who read an ARC of Dominic thought these were typos and that's just not the case. If you happen to come across a word that you think might be spelt wrong, look it up, and you will see it is spelt different ways. The USA and Canada are the main countries with different spellings, so Americans and Canadians keep this note in mind while reading Dominic.

I just wanted to put this note in for readers who aren't familiar with Irish dialect, so you don't read a sentence and think, "WTF?"

******* THIS IS A WARNING THIS BOOK IS NOT FOR THE FAINT AT HEART! IF YOU DO NOT LIKE SWEARING, FIGHTING, AND READING A BOOK WITH AN ACCENT OR IN THIS CASE A BOROUGH THEN GET AWAY FROM THE BOOK AND THE REVIEW! *********

Where to start this review I have no idea because my mind is scattered all over the place. To say I LOVED this book is an understatement. I usually give a little bit of a spoiler in my reviews but with Dominic I will not because LADIES and GENTS this is one book you have to read! To say that it is amazing is an understatement. I loved the Irish setting and I loved the borough. I want to visit Ireland one day because the scenery described in this book had me googleing pictures of Ireland and yes I need to go there for vacation.

This is a story that really got to me because I read the blurb and as I was reading I was like holy mother this is an NA book that totally blew my mind. L.A. Casey has taken the reading world by storm and has gained some serious followers. This is her debut and what a debut it is! L.A. you have taken the reading world by storm and I need more! I love the swearing and the fighting and the snarkiness between the characters that brings them together as a family. L.A. has done an amazing job and I need more like ASAP!

So now to the nitty gritty of the story. We meet Bronagh who is one of the best characters I have read in a long time. She has lost her parents and lives with her sister. She has closed the world off and she has closed her heart off. She is snarky, rude, and no holds bar and I love that about her. She takes no shizz from anyone and she will stand up to anyone who tries to bother her. It is with this attitude that has her fighting constantly because people mess with her and she is not having any of it. As if being in high school isn't bad enough in comes the Slater Brothers from America and things just got interesting.

The Slater Brothers move from America to Ireland. They are a rowdy bunch of boys but they are fierce and loyal and very protective of what is theirs. Dominic and Damien are twins and they are very close. So when they start at their new high school all the girls are going crazy over them. They are sex on a stick and all the guys are jealous of them because the girls are acting crazy like they have never met anyone from out of state. It isn't until Dominic sees Bronagh that things change for him. Dominic knows the minute he sees her that she is the one for him and he wants her.

For Dominic things are easy and simple what he wants is what he gets and he wants Bronagh and he will have her. The only problem is Bronagh is not having any of that because she does not do relationships. She keeps to herself and has shut her emotions off since her parents died. So when Dominic starts to talk to her and make advances on her she shuts him down like an ice water bucket being thrown on you after being in the sun all day! But Dominic lord I love that boy is determined to get his girl and he keeps at it.

Dominic is confident, cocky, and knows what he wants and he will stop at nothing to get his girl. The banter between him and Bronagh had me on the floor laughing. I mean I laughed so hard my ribs hurt. Holy shizz Bronagh can dish it out and she can hold her own! I love the back and forth and the give and take these two have together. It is a natural chemistry they have and when Bronagh does let her walls down she surprises him with what she does and says.

But with every good book there is some suspense and mystery in here. Because The Slater family moved to Ireland for a reason and soon everyone is caught up in the middle of something and Dominic finds himself protecting Bronagh with everything he has. When the dust settles and things get somewhat normal will Bronagh give in to the American hunk or will she walk away and leave her heart in tack......

This is a must read for everyone! I promise you you will love it and the Slater Brothers! 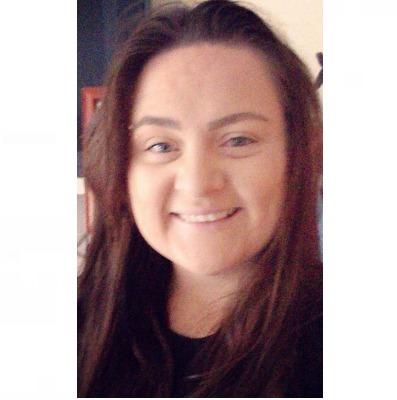 L.A. Casey was born, raised and currently resides in Dublin, Ireland. She is a twenty two year old stay at home mother to an almost 2 year old German Shepherd named Storm and of course, her 4 and half year old (the half is apparently vital) beautiful little hellion/angel depending on the hour of the day. 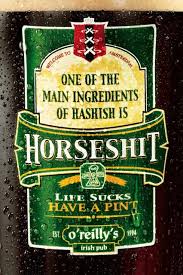