Review of Hallowed By Cynthia Hand

For months part-angel Clara Gardner trained to face the raging forest fire from her visions and rescue the alluring and mysterious Christian Prescott from the blaze. But nothing could prepare her for the fateful decisions she would be forced to make that day, or the startling revelation that her purpose—the task she was put on earth to accomplish—is not as straightforward as she thought.

Now, torn between her increasingly complicated feelings for Christian and her love for her boyfriend, Tucker, Clara struggles to make sense of what she was supposed to do the day of the fire. And, as she is drawn further into the world of part angels and the growing conflict between White Wings and Black Wings, Clara learns of the terrifying new reality that she must face: Someone close to her will die in a matter of months. With her future uncertain, the only thing Clara knows for sure is that the fire was just the beginning. 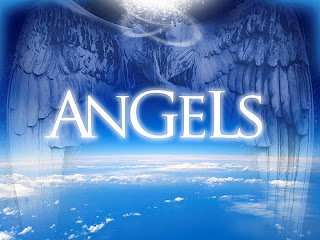 Thank you to Netgalley for allowing me to review this ARC early. I really enjoyed it and recommend you read Unearthly first if you have not read it yet. This is the much anticipated sequel to Clara's story.

HOLY COW! I can not convey how much I LOVED this book. Cynthia has done it again! She has created a sequel that is EPIC! I could not put it down once I started reading it. I have read lots of sequels and have been left wondering what happened but Cynthia ties everything up and adds twists and turns that leave you NEEDING the third book ASAP!


When we ended Unearthly Clara messed up on her purpose and decided she would follow her heart. She decided to save Tucker and deal with the consequences. She ends up spending the entire summer with Tucker and has not had any visions about her purpose. As Clara will soon find out she will have a vision that will change her entire world. She will once again have to make a chose and what she chooses could be the difference between someones life and death. She will uncover some family secrets that will rock the whole family. She will come face to face with a person she has not wanted to see.

Clara will come face to face with some unresolved feelings she has and she will learn more about her Angel heritage. She and Angela will uncover some things that will help them with their purpose. Christian will also comes to term with his purpose and where he is supposed to be and who he is supposed to be with. He will also uncover some secrets his Uncle is keeping from him and he will have to decide what to do and who to trust. Christian will also realize that he has been shielding his true feelings for someone and he finally puts it all on the line with that person and see where it ends.

This sequel has so many twists and turns and so many Angels and Demons it will leave you breathless! You will not want to put this story down because you feel what Clara is feeling and it keeps coming fast and furious that you don't know whether or not you are coming or going. You will be rooting for Christian and Tucker. Both guys are *SWOON* worthy and they both bring something different to the table. If you have not read Unearthly you have to read it ASAP in order to follow the story and understand why some people make the decisions they do but I promise you you will not be disappointed!

“This is the part where I kiss you.”

“Tucker strokes my hair. There's something so tender about the gesture. It might as well have been him whispering I love you.”

“I'll never forget the way he tastes. It's not anything I can describe, a little sweet and a whole lot of spice, and it feels, in that moment, absolutely right.”

Email ThisBlogThis!Share to TwitterShare to FacebookShare to Pinterest
Labels: Review of Hallowed by Cynthia Hand

You're so lucky! I love this series too... tweeting your review :)

Thanks I really loved this book and you will to! Happy Release day for it!

Awesome review! I loved it as well...and of course I couldn't help myself I had to buy it along with a hardback of Unearthly & got them yesterday woo hoo!!!
-shellie

Shellie,
Wasn't this book EPIC! OMG I am getting the hard cover this weekend. I have Unearthly so I need Hallowed for my book collection.

Glad you liked the book so much, an awesome review!

Jessica from Booked Up!
http://bookedupbloggers.blogspot.com/

I JUST finished this baby. Love your review. But then again, I love all your reviews. Ha! Keep blogging because I adore reading your posts! :)

Awesome book. I read the first one and didn't realize there were more until it popped up as a suggestion from Amazon. So glad I read it and look forward to the other books.