Luc Cain was born and raised in Hell, but he isn’t feeling as demonic as usual lately—thanks to Frannie Cavanaugh and the unique power she never realized she had. But you can’t desert Hell without consequences, and suddenly Frannie and Luc find themselves targeted by the same demons who used to be Luc’s allies.

Left with few options, Frannie and Luc accept the protection of Heaven and one of its most powerful angels, Gabe. Unfortunately, Luc isn’t the only one affected by Frannie, and it isn’t long before Gabe realizes that being around her is too…tempting. Rather than risk losing his wings, he leaves Frannie and Luc under the protection of her recently-acquired guardian angel.

Which would be fine, but Gabe is barely out the door before an assortment of demons appears—and they’re not leaving without dragging Luc back to Hell with them. Hell won’t give up and Heaven won’t give in. Frannie’s guardian exercises all the power he has to keep them away, but the demons are willing to hurt anyone close to Frannie in order to get what they want. It will take everything she has and then some to stay out of Hell’s grasp.

And not everyone will get out of it alive.

When Dana is invited to Faerie to be officially presented at the Seelie Court, it’s no easy decision. After all, everyone knows Titania, the Seelie Queen, wants her dead. But Titania claims not to be the one behind the death threats; and her son, Prince Henry, makes the decision a whole lot easier when he suggests Dana might be arrested for (supposedly) conspiring with her aunt Grace to usurp the Seelie throne. So she and her father better do as they're told…

The journey through Faerie is long – and treacherous. Dana thought it would be a good idea to have friends along, but her sort-of-boyfriend Ethan and her bodyguard’s son, Keane, just can’t seem to get along, and Kimber’s crush on Keane isn’t making things any easier. When a violent attack separates Dana from their caravan, the sexy Erlking saves her just in the nick of time… and makes it clear that he hasn’t given up on making her his own.

Arriving at Titania’s beautiful palace should be a relief. But Dana is soon implicated in an assassination attempt against Titania’s niece, and is suddenly a fugitive, forced to leave her father behind as she and her friends flee for her lives. Will she be able to prove her innocence before the forces of the Seelie Court catch up with her? Or, worse, the Erlking? And will she save her father before he pays the ultimate price in her stead?

Paisley Tillery is the drummer for a country rock band. If they can make it to the stage at the Texapalooza music fest, then Paisley will be closer to her dream of a career in music and a ticket out of her small Texas town.

Drumming and music are what Paisley has always wanted. Until the band gets a new lead singer, the boy from Paradise, Texas. With Paradise in her life, what Paisley wants, and what she needs, complicate her dreams coming true.

Thought provoking as well as intensely scary, White Crow unfolds in three voices. There's Rebecca, who has come to a small, seaside village to spend the summer, and there's Ferelith, who offers to show Rebecca the secrets of the town...but at a price. Finally, there's a priest whose descent into darkness illuminates the girls' frightening story. White Crow is as beautifully written as it is horrifically gripping. 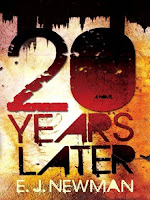 LONDON, 2012: It arrives and with that the world is changed into an unending graveyard littered with the bones, wreckage, and memories of a dead past, gone forever.

LONDON, 2032: Twenty years later, out of the ashes, a new world begins to rise, a place ruled by both loyalty and fear, and where the quest to be the first to regain lost knowledge is an ongoing battle for power. A place where laws are made and enforced by roving gangs-the Bloomsbury Boys, the Gardners, the Red Lady's Gang-who rule the streets and will do anything to protect their own.

THE FOUR: Zane, Titus, Erin, Eve. Living in this new world, they discover that they have abilities never before seen. And little do they know that as they search post-apocalyptic London for Titus' kidnapped sister that they'll uncover the secret of It, and bring about a reckoning with the forces that almost destroyed all of humanity.

Falling for Hamlet by Michelle Ray

Meet Ophelia: a blonde, beautiful high-school senior and long-time girlfriend of Prince Hamlet of Denmark. Her life is dominated not only by her boyfriend's fame and his overbearing family, but also by the paparazzi who hound them wherever they go. As the devastatingly handsome Hamlet spirals into madness after the mysterious death of his father, the King, Ophelia rides out his crazy roller coaster life, and lives to tell about it. In live television interviews, of course.

Spirit and her friends Burke, Loch, Muirin, and Addie have managed to defeat the evil force that has been killing students at Oakhurst Academy for the past forty years—or so they think. When a series of magical attacks disrupts the school, Doctor Ambrosius calls upon alumnus Mark Rider to secure the campus—and start training the students for war. The only student without magic, Spirit doesn’t trust Mark or his methods. She knows that Oakhurst isn’t safe. And if Spirit and her friends want to live long enough to graduate, they have to find out what is really going on—before it’s too late.

It’s been a year since the torturous notes from A stopped and the mystery of Alison DiLaurentis’s disappearance was finally put to rest. Now seniors in high school, Aria, Spencer, Hanna and Emily are older, but they’re not any wiser. The Pretty Little Liars have more secrets than ever - twisted secrets that could destroy the perfect lives they’ve worked so hard to rebuild.

Aria’s jealous of her boyfriend’s new exchange student. Spencer’s getting a little too cozy with her soon-to-be-stepbrother. Hanna’s one scandalous photo away from ruining her dad’s Senate campaign. And Emily will do anything to get a swim scholarship.

Worst of all: Last spring break in Jamaica, they did something unforgivable. The girls are desperate to forget that fateful night, but they should know better than anyone that all secrets wash ashore … eventually.

A Scary Scene in a Scary Movie by Matt Blackstone

Rene, an obsessive-compulsive fourteen year old, smells his hands and wears a Batman cape when he’s nervous. If he picks up a face-down coin, moves a muscle when the time adds up to thirteen (7:42 is bad luck because 7 + 4 + 2 = 13), or washes his body parts in the wrong order, Rene or someone close to him will break a bone, contract a deadly virus, and/or die a slow and painful death like someone in a scary scene in scary movie. Rene’s new and only friend tutors him in the art of playing it cool, but that’s not as easy as Gio makes it sound.

Meena Harper has never rebuffed the love of a god (unless you count the prince of darkness). But she’s always felt as though her gift was a curse, because no one’s ever believed her when she’s told them they were going to die . . . .

Until now.
Meena’s been asked to work for the Palatine, a powerful secret military unit of the Vatican mandated to guard human beings from demon possession, and to obliterate all demon life forms from the planet. The Guard has recently opened their first division in lower Manhattan, and Meena Harper is their new secret weapon. With her ability to predict how-and sometimes when-the living are going to die, the Palatine finally have an advantage over their undead enemy.

Reporting to Abraham Holtzman, head of Manhattan operations, and partnered with Alaric Wulf, the most accomplished of all demon slayers (who happens to greatly appreciate how Meena looks in a short, black dress), Meena is taking her new job seriously. There’s just one small problem: None of the guards in the Palatine’s Manhattan unit seems to like-or trust-her.

Meena can’t understand it. Sure, her ex-boyfriend is the biggest baddie of them all, Lucien Antonescu, son of Dracula, the prince of darkness. But their affair ended the night he destroyed St. George’s Cathedral-and, everyone believes, himself.

With the prince and his minions gone, the need for Meena’s predictions has never been greater. An even more vicious enemy has arisen, one that never dared cross the equator from their South American stronghold while the Dracul was in charge. They are the Lamia, the most feared clan of all vampire kind.

The Vatican has done its part-for once-by transferring to Manhattan Father Henrique, its youngest, most modern (and, thankfully, bilingual), Brazilian monsignor. He’s secretly dealt with more Lamia than anyone in the Palatine. But the press draws unwanted attention to him by dubbing him Padre Caliente (because of his sizzling hot good looks). Of course his appointment as pastor of one of New York City’s proudest accomplishments, the completely restored, soon-to-be consecrated cathedral, St. George’s, is a ruse. But is it a ruse on the Lamir, the public . . . or the Palatine?

As the date of the ceremony approaches, attacks by Lamir in North America begin to mount, and danger closes in. Meena’s best friend Leisha, whose baby’s arrival coincided with the destruction of the church, is powerfully drawn to the site. Meena’s fellow guards are increasingly vulnerable in the field, and only her daily predictions can save them from death. She’s won her colleagues’ respect-and maybe even the heart of one co-worker in particular-but not without drawing, for mysterious reasons, the attentions of Padre Caliente.

Yet no face will ever be more attractive to Meena than Lucien’s. As she begins to unravel the truth about his identity-and the fateful night the two of them last met-Meena’s loyalties will be tested, her true feelings laid bare.

Meena has always been everyone’s guardian. But this time, who will guard her?