Title: Collide
Author: Shelly Crane
Series: Book # 1 of 3
Release Date: June 12, 2011
Source: Copy From Author For Review
Blurb: Sherry has always known there was something out there. She's eighteen, works for a tabloid newspaper in and has a brother, Danny who is a lazy mooch. They live a pretty normal dull life with hippie parents and a normal existence Then the moon disappears and people start to go missing only to reappear later, but different. Sherry has an abusive ex-boyfriend who shows up and claims to be one of these beings that have been showing up around the world. He's no longer the same person in that body. He tells her he has come to protect her and her brother and takes her underground, against her will to save her, where they meet others like them. She begins to unravel the truth about , about what he's really doing here, about the way he looks at her, about the crazy dangerous world they live in. Can he convince her that he's here to help? Will she like what she finds when she opens up to the truth? Will he be the one to love her when everyone else has failed her? Will he be able to protect her?
Amazon
Half.com
Abebooks
Alibris
Kobo
iBookstore
Google eBooks
IndieBound
Indigo.ca
Audible
More…
Warning: This book is CALIENTE! HOT... HOT... HOT...
My Rating: 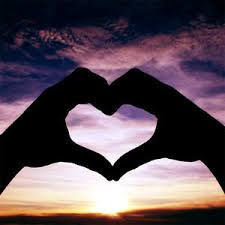 5 of 5 Hearts
My Cover Thoughts: I love the cover of the kite flying high. To me it represents something flying to get somewhere and once there it will have meaning.
My Thoughts/Review: I absolutely love this book! Sherry is stuck in a ho hum job working at the local tabloid paper. She has a brother who is lazy and works at the local coffee shop and to make matters even worse her parents are stuck in the Woodstock hippie era. What is a girl to do? She is also getting over a relationship that was an abusive one. The only light at the end of her tunnel is her getting a job at the prestigious newspaper taking pictures of better things than the local crazies with all their talk about aliens coming down and taking over the world.
Then one day Sherry is out at her favourite spot overlooking a cliff looking at the moon when all of the sudden the moon disappears. She gets spooked and decides to go home to check up on her brother and make sure he is safe. When she gets home she sees her ex-boyfriend Matt across the street staring at her and she is in panic mode because he just won’t take no for an answer. Only when he crosses the road she sees he looks different and his eye colour is different. She is scared but he keeps saying he has to talk to her and her brother but she fights him off when all of a sudden she feels a prick and is knocked out. When she comes to she finds herself in her car with her brother and Matt. Sherry is not sure what is going on but she is about to find out and once Matt has told her and her brother the story sherry is sure she has gone crazy because she can’t believe the stories of aliens coming down and taking over the world.
Sherry and Danny are thrown into a world where they have to rely on each other and take care of each other because they are all that is left of their family. What sherry wants to know is why they came down to protect her brother and others. What do they want here on earth and is it possible to fall in love with an alien inhabiting a human body? What is she to do to keep her brother safe from harm.......
Sherry has created a story that has lots of toss and turns and where it leads no one knows, and yes swoon worthy guys and lots of action. Sherry and the others have to figure out what is going on and learn how to survive and whom to trust in the world. What will sherry do? Is she strong enough to fight evil?
Memorable Quotes: Page 3 The black ones, they’d been called. The dark ones. The immortals. Lighters. They’d been called many things over the centuries, all of which were true.
The Keepers, ever watchful and ever evasively present, stood by and waited. Waited for the moment where they could no longer sit idle and not intervene. This wasn’t the first time they’d fought for the humans. They always had and it wasn’t the first time they’d fought for earth. The Keepers just hoped that this time wasn’t the last time, that there would still be something left to protect and fight for.
Advice: This series is a must read! Shelly is the next Stephen King with this series J you will not be disappointed once you read this book. You will fall in love with the characters and want more.
Image and Blurb from: www.goodreads.com
Posted by Tee at 8/12/2011 09:46:00 PM