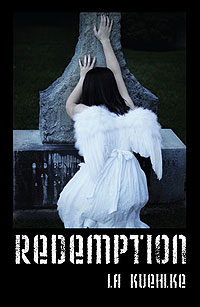 A risk taken.
A battle for his soul.
A chance for...Redemption.
How do you keep going after the one person you always believed you were meant to be with forever gives their heart to someone else?

In the second book of the Pursuit Series, Bryan Roemer is rejected, heartbroken, and lost. After losing his life-long love, Miranda Reid, to Derek Gainnes, he is faced with a new reality that has caused him to abandon love altogether. Meeting Mara - exotic, beautiful, sexy - on the flight back to California provided him with a welcome distraction to take his mind off his pain. Still, his days are a blur, and his nights are spent drowning in memories.

Summoned back east to photograph the wedding of his friends, Nick Flaherty and Carrie Mayer, he reluctantly returns to the one place that he swore he'd never would. Six months away have changed Bryan. And when he arrives, the rest of the Circle find that he hasn’t come alone. Something dark and sinister has come with him. Something that is determined to keep him at all costs.

But waiting there for Bryan is a second chance...one that just might save his life.

Bryan Roemer: heartbroken and lost, wonders what it is about Cassidy that draws him to her, a fierce protector of those he cares about, destined to become The Breastplate

Carrie Mayer: engaged to Nick, best friend to Miranda, cousin to Cassidy, still playing matchmaker and used to getting her way

Bastion: Angel of Fortification & Defense, Protector, assigned to Bryan, has a history with Mara, weapon of choice: his Kodachi sword

Luscid: Angel of Clarity and Insight, Protector, assigned to Cassidy, has kept a secret from her, weapon of choice: the long sword

Mara: Demon of Apathy, beautiful and alluring, uses the Lotus to charm, has become attached to Bryan...which is completely inconvenient for her

Rhys: Demon of Passion, has a strong connection to Mara, is sent to keep her in line, is shark-like in his methods...devouring and consuming

Derek Gainnes: The Sword, guardian within the Circle


My Review
I absolutely love a story with Angels, Demons, And hard decisions to make! Man you think that would spell disaster but in this story there is so much going on that you are instantly thrown into the story and can't put the book down. You have to keep reading until the end because you want no scratch that you need to find out what happens.

I want to thank LA for allowing me to read and review the second book in her trilogy series. When I started reading it I could not put it down. I was so intrigued by Bryan and his trials and tribulations I had to keep reading to find out what happened to him.

The story starts six months after Pursuit. Bryan has gone back to California with his head between his legs and heart broken over Miranda. The love of his life has decided to move on with Bryan and she is happily dating Derek. On his way home from NJ to California Bryan meets a beautiful women Mara. He talks to her so he can get over Miranda and it seems to be working because it is six months later and Bryan is in Mara land. She has moved in with him and he is living his life with her.

Then his best friend from back home is getting married and her fiance suggest using Bryan as the photographer for the wedding. Carrie is a little worried because she has not seen or heard from Bryan in six months. She knows he is still reeling over the lose of Miranda and he definitely does not want to come back home to Jersey and see Miranda. But Carrie's fiance Ni ck is determined to bring Bryan back home under any circumstances because he has a bad feeling that something is going to happen to Bryan if he stays out there in California.

So Nick keeps calling Bryan until he agrees to come back and Photo the wedding. What happens next is a mystery to Bryan and others around him. He is quickly swept up into the past and trying very hard not to run from it. He meets up with Carrie's cousin Cassidy and he starts to feel like his old self but there are other forces out there that want Bryan and will stop at nothing to get him.

What unfolds next is a series of trials and tribulations for Bryan but with someone on his side he can make it or so he is starting to think. What will Bryan do? Will he turn to the Devil and his demonic minions or will he follow The Lord and his Angels? Will love heal his heart and will he be able to give his heart to the one that he truly loves. Your just going to have to read it to find out. You will not be disappointed I promise!

Ethan Blake has written a song called Redemption he wrote just for this book. Click here on his facebook link and like his page to hear his song Redemption http://www.facebook.com/EthanBlakeMusic?... 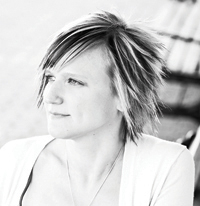 My world exists in words.

When this wonderful world was opened up to me at a young age, a passionate love of reading developed. I am rarely seen without a book, and at any given time there are at least twenty or more waiting in my “to-read” piles.

And, of course, reading them led to writing them.

For as long as I can remember, I have written stories. Family and friends have patiently listened to my tales and encouraged me when I decided to turn a childhood dream into reality.

Recently, I was fortunate enough to have someone believe in my stories and publish them.

In the series there is a lot of talk about stones here is what LA has to say about the stones: