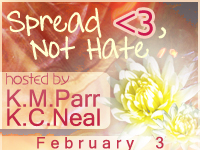 I decided to do this blog hop for several reasons. First having experienced being bullied when I was younger I just knew I would love to share my story in hopes that it helps someone else. And secondly my oldest son is experiencing bullies at school and I am trying to teach him different ways to deal with bullies. I for one feel sorry for bullies because they are a product of their environment. Taking Psychology in school has helped me understand the dynamics behind being bullied and understanding the bully.

When I was in high school I had just moved back from Springfield, MA to live with my mother in a small town. I knew nothing about this small town except she told me it was quiet and I would love it because I would be getting away from all the action and noise I was used to in Springfield. I agreed because I needed a change in scenery after losing someone I loved. So I said okay let's give this school a go and see where it leads . The first day of school was very scary for me because I was one of two minorities in the school. Lord I felt so out of place I called my mother and told her I was moving back to Springfield because I did not belong at that school or in that town. She asked me to give it a try and I told her okay I would. It was hard at first to make friends because I am a very guarded person but I tried and made a few friends.

Then in the middle of the school year a girl called me a "Nigger" and I said to her what did you just call me? She said you heard me everyone says it about you but they just won't say it to your face. I told her well if they did they would be wrong because I am not black I am Hispanic. So she went and told the school I was Hispanic and that was when things got worse. Things were drawn on my locker and kids were always saying things to me. I tried to ignore it but it was hard. I begged my mother to take me out of that school and she said no you can not quit because people do mean things. Then I talked to my uncle and he told me words are nothing but if they hit you then you have to hit back and they will leave you alone.

Then towards the end of the school year a girl called me a "Spic" and pushed me. Well why did she have to do that because by then I had had it with the name calling and the notes and the dirty looks and the pushing from guys and I fought back like my uncle said. Needless to say that is not a solution because I got suspended as did she. Violence is never the way to go and I DO NOT PROMOTE IT! I should have went down and told the principle or the counselor what she did because that would have saved me a lot of aggravation in the end. A month ago I noticed my son who is very quiet anyways was quieter than usual. I asked him what was wrong and he said he did not want to tell me because he was afraid of my reaction. So that got my attention because as a mother I do not play around with my children. I will not allow anything to happen to them. So he told me that he was no longer friends with his two best buds because of a girl. SO I said okay want to tell me about it? He told me that he was playing with his friends at recess and this girl came up and she wanted to play with them and my son said maybe you shouldn't because you might get hurt. Well she ended up getting hurt and told one of my sons friends to punch him because he threw the ball hard on purpose. So the other little boy hit my son and they got into a fight and everyone received detentions for fighting and my son and the other boy were suspended for three days.

I was furious when I got the call at work to come pick him up for fighting. I have taught my kids not to fight unless it is necessary. So when he told me he fought back I knew there was more than a little problem here. Well come to find out the other boy told the other kids that my son is mean because he does not play fair with girls. So now my son says he has one friend he talks to because the other boys say things to him and he tries to avoid them. So as a mother I went to the school and spoke to the principle and explained to him that this was unacceptable and that principle looked at me like I had twenty heads and said well kids are not going to get along. I told him if another child puts their hands on my son he was going to do what his father told him to do and that is to hit back and if you try and suspend him my husband will be down here to deal with you.

I left that office so dam angry because I DO NOT PROMOTE VIOLENCE of any kind. But this principles attitude just rubbed me the wrong way and I just had to do something. SO I have a meeting with the school board so we can discuss the bullying laws. I told him that every child has a right to come to school and not have to worry about someone bothering them.

Bullying is so wrong on all levels. A person who bullies does so because they have been bullied or are being bullied. Some children get bullied at home from their parents or siblings and then come to school and do it to others. If you are being bullied please tell someone because there is help out there. Do not worry about what people will think because in the end you are not alone. There are lot's of kids being bullied.

To the bully I say this... PLEASE STOP BEING A BULLY! It is not cool in any way shape or form. Bullying hurts and I am sure if you are being bullied you don't like it. So think about the person you are hurting because they don't like it either. Place yourself in there shoes and think about how the name calling hurts and the physical assaults hurt to. That saying sticks and stones may break my bones but names will never hurt me. To that statement I say it is RUBBISH! Names hurt worse then being hit. Names can scar a person for life and cause them to commit suicide. Do you want their blood on your head? Think about it and stop bullying :)

These are some of the kids that have killed themselves because of being bullied. My prayers go out to the families and friends that loved these kids.

Ashlynn Conner was found hanging in her closet on Friday night, just one day after she told her mother kids were harassing her at school.

Jamey Rodemeyer needed help. At 14, he was grappling with adolescent demons that could torment grown men.

And when he was online, he wrote about it.

"I always say how bullied I am, but no one listens," he wrote Sept. 9. "What do I have to do so people will listen to me?"

Just over one week later, Jamey was found dead outside his home of an apparent suicide.

Having recently moved to the U.S. from Ireland, Prince was taunted and bullied for several months by at least two groups of students at South Hadley High School, reportedly because of disputes with other girls over her brief relationships with their boyfriends, a senior high school football player and another male student. Her aunt allegedly warned school officials in August 2009, prior to Prince's enrollment at the school, to watch after Prince, as she was "susceptible" to bullying and was bullied in Ireland. Investigations later found that Phoebe was in fact bullying a student in Ireland in a dispute over a relationship with a boy.

On January 14, 2010, after a day of harassment and taunting, followed by a final incident in which a student threw a can at her from a passing car as she walked home from school, Prince committed suicide by hanging herself in the stairwell leading to the second floor of the family apartment. Her body was discovered by her 12-year-old sister. After her death, many crude comments about her were posted on her Facebook memorial page, most of which were removed. Her parents chose to have Prince interred in Ireland.

Please check out these other blogs that are involved in this blog to hear their stories and thoughts about bullying.

Thanks for sharing! Makes me cry! Kids can be so cruel!

Yes thank you for sharing! It breaks my heart reading these stories! I just want to hug the people going through things, and tell them everything is going to be ok.

Thank you ladies. I am so against bullying. It just breaks my heart that some parents do not correct their children when they are being bullies.

Thank you so much for coming out and shining light on this horrible issue. It's truly heartbreaking.