Remembering will save her life. But will the truth destroy their love forever?

His mission orders: Infiltrate an FBI suspect’s mountain retreat and obtain evidence of her guilt.

Her doctor’s orders: Recuperate from a vicious shooting, and end her waking nightmares.

What he doesn’t know: Is she guilty, innocent, or crazy? Can she ever forgive his past betrayal?

What she doesn’t know: Anything about herself or her life before the attack…or if she can even trust the man with whom she is falling in love.

MY REVIEW
I am so excited to be a part of The Dead Sexy Tour from Entangled. I have said this before but I will say it again Entangled has some GREAT authors on this tour and the books are quick reads that leave you breathless and wanting more. Who can resist a man in uniform? Her Forgotten Betrayal starts off with Shaw recovering from a shooting in a remote place. She has lost her memories and she has been ordered to lay low until they find out who did this to her. Then enters Cole the gorgeous FBI agent who must help Shaw remember things in order to find the killer. The only snag is Cole and Shaw have a past that she can't remember. Good maybe but who knows.

Having Amnesia stinks for Shaw because she is falling hard for Mr FBI. As time goes on and Cole and Shaw uncover the mystery behind the person trying to kill her things start to get weird because Shaw is supposed to be in a remote place where no one can get to her but yet things happen. As Cole starts to put two and two together to catch the killer he realizes the person is someone closer to home that Shaw thinks. What will Cole do to keep Shaw safe? Will their romance rekindle again or will it fade out?

Come along for a romance ride and a suspense that will leave you on the edge of the seat wanting more! Entangled you have the lock down on this summers sexy reads! For more sexy reads click on the link to be taken to Entangled homehttp://www.entangledpublishing.com/ca...

Nationally bestselling author Anna DeStefano has searched her entire life for the soul of the matter at the heart of her world's mysteries. As a small child, she drew from her experiences, senses, and dreams to paint a lush fantasy world, filled with endless possibility and characters of her own creation. Putting pen to paper, Anna transforms these inner landscapes into rich storytelling.

Hers is a realistic but optimistic vision, searching for hope and transformation through intense emotional journeys. Her fuel--the inner passions and conflicts of the characters she crafts. Much like a caterpillar transforms into a butterfly, Anna's characters face the ultimate of human choices: finding the courage to conquer their fears and thrive until, despite every obstacle, they become the beautiful things they're meant to be.

An author, workshop and keynote speaker, writing coach, and acquiring editor, Anna's creative vision permeates every challenge she undertakes. She wants you to stop, look, and keep digging, until you find the soul of your own fantasies. Her novels' rich blend of realism and fantasy invites Anna's readers into her creative mission to dig deeper and see each of life's moment with emotional honesty and clarity.

Discovery and joy are her touchstones, regardless of how difficult her characters' journeys might be. She will challenge you to transform into all you're meant to be, as well. She speaks and blogs regulary. Join Anna each week for Soul Of The Matter, Dream Theories, Things My Teenager Says, How We Write, Waterfall Challenges, and more.

Past President of Georgia Romance Writers (GRW), Anna's also Senior Tech Writer with a GA Tech honors degree an 10 years of experience working in Corporate IT. Her novels have garnered numerous awards including twice winning the RT Reviewers' Choice Award, the Holt Medallion, the Golden Heart, the Maggie Award for Excellence, and finalling in awards such as the National Readers' Choice and Book Seller's Best Awards. She's the author of over 16 novels since 2004 in four different genres, with nearly half a million copies of her books in print in over 5 different languages.

Her interactive workshops and keynotes on the writing process regularly attract standing room-only crowds. She's presented to over 60 groups and conferences, and also teaches half-day and one-day seminars to smaller groups interested in a more intensive, interactive experience.

She's an acquiring editor for Entangled Publishing's Dead Sexy suspense line, and takes on a select number of freelance clients, coaching authors to create the very best books they can from their individual visions.

INTERVIEW WITH ANNA DESTEFANO
Today I am so excited because we have a special guest Anna DeStefano author of Her Forgotten Betrayal. I am so excited Anna, to be a part of The Dead Sexy Blog Tours. Entangled has a great group of sexy reads and I have enjoyed reading every book. You have a SWOON worthy man I would like to more about.

When you started writing HFB did you have a particular man in mind to be your main character?

I’m a Colin Farrell fan. Like Colin Farrell from The Recruit. Yummy!!! Even though he’s Irish and Her Forgotten Betrayal’s Cole Marinos is Italian, that didn’t stop Colin (James Clayton) from being my original idea for Cole. Rugid and smart and smoldering and emotionally wounded, yet loyal to a fault and never, ever, going to let you down—AND a deep cover FBI agent. What luck! Pant, pant… 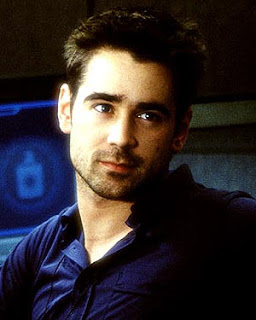 Excuse me, I need to find something to drink to help myself cool off…

Is Cole fashioned after one of the men in your life?

He’s actually fashioned after the best parts of a lot of the men in my life. I do that with most of my characters—collect bits and pieces from people I meet and know and suddenly the idea forms for what and who I want to write next, and why.

I think the loyalty Cole shows, despite the fact that he thinks Shaw Cassidy (our amnesiac heroine) betrayed him in the past, is the characteristic of his that I look for most in the people in my life. He’s going to do his job and protect her, and help her and even be willing to put his life on the line for her on a personal level (and give her his heart), because he’s willing to look deeply into the moment and into people and see what’s really there—rather than reacting totally on gut instinct and half-formed assumptions. He’s a keeper, because he’s the guy you can ALWAYS depend on to do the right thing, even though he’s a bad boy from the word go, breaks all the rules, and enjoys kicking a little ass when he gets the chance.

Oh, and he’s drop-dead sexy and a tiger in bed…THAT’S really what’s patterned after the man in my life ;o)

What does Cole like to do on his days off?

I’m thinking he likes to do Shaw… No, that’s AFTER the happily-ever-after, right? Okay, when we first meet him, Cole doesn’t really do days off. He’s a deep cover operative for the FBI and specializes in impossible cases and assignments that no one else can execute and solve. He works joint-departmental task forces pretty much all the time—because his job is his life.

Shaw, as a teenager, was the only person he’s ever really trusted, you see. And when he thought she’d betrayed him (of course, she didn’t, not really), he shut the door on his heart and poured himself into saving others for a living, as long as he didn’t have to get attached to anyone else to do it. Being the best there is at what he does brings him back to Shaw, though, because she needs him again, and trusts him again (because of her amnesia she doesn’t remember their history), and is once more the woman he fell for all those years ago…

Which brings us back full circle (if he can keep her alive) to Shaw being by the end of HFB the thing that Cole likes to do best on his days off ;o)

Where is Cole’s favorite place to spend time alone?

Whenever he can grab a few days to himself, he goes to his family’s mountain cabin. Alone. Brooding ;o) It just happens to be on Shaw Cassidy’s property, and I suspect that even though he knows (or so he thinks) that she’s never been back since her father’s death, he goes there to be near where they were once close. Hence the brooding. Then of course she invades his private place by getting shot and having amnesia, and then being stalked and needing to be saved and all. So he’s assigned to watch her and figure out whether she’s selling government secrets or is really in danger…

What is his favorite food?

Colin Cole’s Italian, so I’m thinking pasta and homemade meatballs in a rich, yummy red sauce. The kind that will dribble down his rugged chin so that Shaw (or I) is duty bound to help him clean it up. But, oh my goodness! There are no napkins. Whatever will she do?

What is his favorite color?

Black. For the entire novel he’s wearing a black T-shirt, and black jeans. And he looks so damn good in them ;o) Hot, hotty, HOT.

What are five random things about Cole that we did not get to read about?

He has a genius IQ, put himself through college mostly on scholarship, dates but never the same woman twice, and has kept up with Shaw’s success in her family business from afar all these years, knowing the entire time that he’ll never see her again. Oh, and he loves Jazz. Don’t ask me why, but Jazz makes him want to do crazy things to me a woman…

Will we be seeing more of Cole?

I have another Dead Sexy to write as soon as possible, about another deep cover FBI agent hero, so I’m thinking that hot guy’s going to need a hot agent friend to back him up… And like I said, Cole’s loyal to the core, so keep an eye out for him, ladies. He’ll be back!

Thank you for stopping by and sharing Cole with us. Do you think you can send us a picture of Cole so we can drool oops did I say that…… tehehehe over this SWOON worthy man!

Sure… I searched and searched, when I was looking for just the right image. Here’s what I came up with. Whatcha think??? 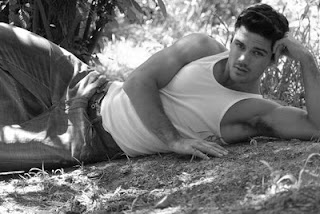