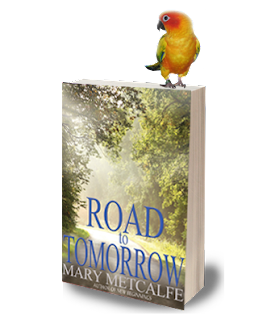 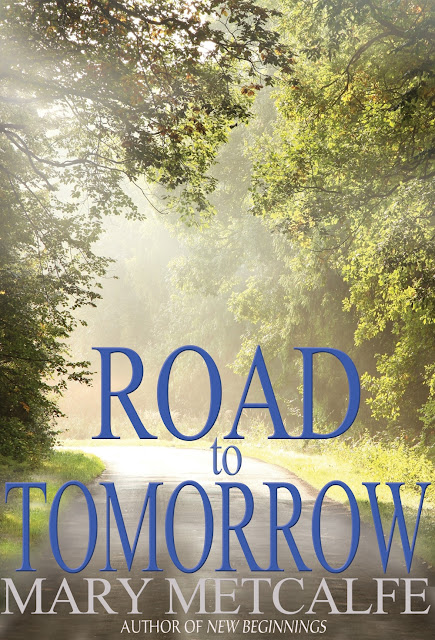 About the book:
Andrea Garrett is trying to escape her abusive marriage. Fearing for her life, she leaves her two small children with her twin brother and flees her home the day before her husband is due to arrive back from a tour of duty. After falling asleep at the wheel and landing in a ditch, her life takes on a new direction when strangers step in and introduce her to a life she could only have imagined and one that could save her soul and give her children the future they deserve.

My Review
5 of 5 Road to Tomorrow
Road To tomorrow is one of those stories that makes you laugh and cry and scream all at once. It is a story about a women trying to leave her abusive husband who is a town hero because he is in the Military and a town hero. What do you do when you are faced with an abusive spouse who everyone loves? Can you run far enough away from them and start a new life? Well that is exactly what Andrea did. She knew her husband was coming home from the war and she knew she would be his personal punching bag and she wanted out. So she left her kids and packed up to start a new life in a small town.

On her way to her new life she runs off the road and gets help from some unlikely people. What she gets is so much more than she has bargained for. She is shocked by the fact that complete strangers are willing to help her out. As she sorts out her feelings for her husband Sean she finds that yes she does love him and no she did not want to leave him but he needs help and in order for him to get the help he needed she had to leave him because he would have never faced up to his issues.

This story is so sad because the soldiers that come home from war are so damaged. They are broken shells that need help and they just don't know where to turn or who to turn to. Add to the mix that the person has violent tendencies and you get a violent abusive soldier who returns from war and is ready to rip things up.I have seen so many couples destroyed by the war and the anger and the frustration that comes home with these soldiers it breaks my heart. But abuse is never okay and to all those women out there that are being abused seek immediate help. Don't hold it in or hide it because it is not right. I speak this because I survived an abusive relationship and it took a lot of cries and broken bones and shattered dreams for me to realize that what he was doing was not good and it was not okay and I wanted it to stop because I deserved better.

This book is a must read for all those who love a good book with such meaning and depth!

Excerpt:
Andrea put another box in the trunk of her ’96 Toyota and went back for the suitcases. Emily and Simon were asleep in their car seats. She looked up from the sidewalk and saw Sean standing in the doorway, his tattooed muscular arms folded across his chest. Before she could say anything, he leaned over and picked up her two large suitcases and disappeared inside the brownstone.

Running up the aging wooden steps, Andrea looked for him. “Sean? Where are you?”

She heard water running and ran up the dingy carpeted stairs to the second floor. What the hell is he doing?

The bathroom door was closed. She turned the handle and pushed with all her might, but it wouldn’t budge. He’s leaning against it. She could hear the bathwater running and pounded her fist on the door. “Sean, open the door. Please.”

An acrid smell reached her nostrils and made her eyes tear up. She pounded on the door again.God, please. I can’t stay here another day. I have to get away. He’s going to kill me.

She pounded with both hands on the door as steam began to emerge around the frame. After a minute, she stopped and leaned against the wall. She slumped to the floor, her head in her hands.

“Why are you doing this to me? Why can’t you just let me leave?” He’ll make it look like an accident. An accidental overdose. A suicide. He keeps telling people I have postpartum depression.

Minutes later, the bathroom door was quietly opened. Clouds of steam billowed out. Andrea raised her head and watched Sean walk away without a word. As she stood up, she heard him open the fridge door and pop open a can of beer. If I’m lucky, he’ll just fall asleep in his chair.

She already knew what she’d find. She walked into the still-steamy room, and there, in the bathtub, were all her best clothes—stewing in a pool of water the color of an angry bruise. Her cotton shirts, wool sweaters and pants, and silk blouses were ruined, their colors bleeding as the bleach-laden water sucked the life out of them.

He’s beaten me again, without even touching me. Andrea’s face showed no emotion as she went back down the stairs. She saw Sean sitting in his chair with his beer, watching baseball. The children were still in the car. She could hear them crying and went to them, tears streaming down her cheeks.

Get Road to Tomorrow through
Amazon or Barnes & Noble 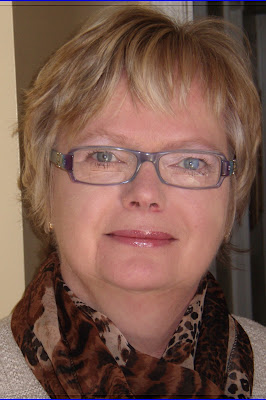 About the author:
Mary Metcalfe lives in the foothills of the Laurentians, northeast of Ottawa, Canada with her husband, three cats and a very large dog. Love of writing runs in the family. Their daughter is a published literary non-fiction author.

Clarion Review described Mary’s debut novel as a “sparkling debut… readers will love being swept along by Winds of Change.”Road to Tomorrow is her third novel in the Look to the Future series.

About the prizes:
Who doesn't love prizes? You could win one of two $50 Amazon gift cards or an autographed copy of Road to Tomorrow! Here's what you need to do...
Enter the Rafflecopter contest
Leave a comment on my blog.

That's it! One random commenter during this tour will win the first gift card. Visit more blogs for more chances to win--the full list of participating bloggers can be found here. The other two prizes will be given out via Rafflecopter.

You can find the contest entry form linked below or on the official Road to Tomorrow tour page via Novel Publicity. Good luck!
a Rafflecopter giveaway

Sounds like you really enjoyed ROAD TO TOMORROW—thank for the lovely review! Can't wait to read it, myself :)

Congrats to Mary on the new release! Thanks so much for sharing! Definitely caught my interest :)

Wonderful review! That first paragraph would serve as the perfect back cover synopsis to lure new readers in. You should consider going into the synopsis-writing business, my friend!

Thank you for joining us on this tour, and please take a moment to cross-post on Amazon and GoodReads. So glad you loved the book!

Thank you so much for your great review. This book has struck such a chord with abuse survivors. My main message is that there is hope and a better future if you get out as Andrea did.

Sounds like a wonderful book! Can't wait to read it!

Don't you hate people who span comments! In the days before I became a librarian, I worked at a Hotline that served as after-hours contact for the local spouse abuse shelters. We talked to a LOT of women (and a few men) who were making their plans to get away.