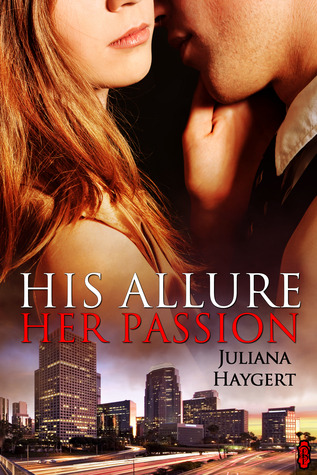 In his father’s eyes, Dylan Deveraux is just a playboy spending the family fortune on prostitutes, alcohol, and fast cars. And it isn't even with the cars his father produces. Because of that, his father forbids his presence at the ball that will mark the launch of the US plant of his company, strategically scheduled on Valentine’s Day.

Hayley Allen is a failing model with the worse luck in the world. She always ends up in the hands of cruel designers and photographers. At least, that’s what she tells herself. Better than admit having a weak nervous system that always reacted during her gigs. Desperate, she would do anything to help her career.

Dylan shows up at her door, wasted as usual. Friends for a long time, Hayley is the only one able to put up with Dylan’s bullshit, and he appreciates that, but not the way her heart wants.

Even though he doesn't believe in Valentine's Day, Dylan has an idea for his father's ball. When he suggests a deal to Hayley, a deal that could finally put her in the spotlight of success and help him impress his father, she doesn't hesitate. Even if it means hurting her heart a little more.

Excerpt:
On tiptoes, Dylan crossed the short corridor and found Hayley sleeping on the couch. She looked peaceful, but he doubted she was really comfortable there. The pillow was on the floor, the comforter pressed in between her legs and arms, as if she was hugging it, her delicate feet propped on the arm of the couch. Her long amber hair fell around her shoulders, her tank top had ridden up, showing a piece of her soft midriff skin, and her breasts barely fit inside her tight top.

Shit. He turned his back to her, ashamed at having stared at her body.

But it was such a nice body, how could he resist? He peeked at her over his shoulder. He didn’t understand how she wasn’t a famous model yet. She was so, so beautiful.

He smiled, remembering the first time he saw her. They were at a party, and he spent over six hours trying to woo her, but she didn’t fall for his bullshit. No girl had ever resisted him—except Hayley. She was the first and only. And that’s how their friendship was born. Even though his instinct was to try and kiss her and sleep with her each time he saw her, Dylan had found a true friend in her, and for that he put his physical needs aside. She was the only one who understood his problems, his dark moments, who endured him, who saw past the bullshit, and didn’t throw herself at him. More importantly, she didn’t care about his fortune.

Hayley stirred, moaned, and opened her eyes. “What are you smiling about?”

Was he smiling? “Nothing.” He sat in an armchair beside the couch. As she sat up, she pulled the comforter up to hide herself. “Hey, hmm, sorry. I didn’t mean to take your bed.”

“I know.” She smiled and her green eyes shone.

Their eyes locked and she lost her smile. There was so much he wanted to tell her, so much shit about his life, but he was always afraid he'd push her away if she found out every one of his little messes. Wouldn’t it be better, though? For her? To be away from him and his bad influence? But then who would give him pep talks and receive drunken him with open arms in the wee hours of the night? Who would tell him everything would be okay? Who would give him a hug when he was down because of his brother? He had driven many, many times from Princeton to New York just to have one of those hugs.

She was one of those rare jewels and he couldn’t afford to lose her.

Purchase:
Note that these are not the direct purchase links but author profile where the book will be listed as soon as it's released on February 21st
Barnes & Noble:
http://www.barnesandnoble.com/c/juliana-haygert
Amazon:
http://www.amazon.ca/s?_encoding=UTF8&field-author=Juliana%20Haygert&search-alias=digital-text

Author Interview:
Nicknames:
Ju, Juli, Seca (which is a slang for someone too thin in Portuguese – I was too skinny when a teenager)

Where do you live:
Connecticut

Your favorite dessert:
hm, anything with hot fudge and ice cream

Your favorite TV series:
TVD, Nikita, Arrow, and Beauty and the Beast. I CANNOT choose only one from these.

Last movie you watched:
The Expendables 2 (horrible! good for laughs though)

A book/series you could read over and over again:
I’m not big into re-reading but I would say any book/series by Richelle Mead

Coke or pepsi?
Both

Day or night?
Night, though, after becoming a mother, I had to force myself to become a day person ;)

Summer or winter?
Winter – I have super low blood pressure and faint a lot during the summer, so …

Tea or coffee?
Both

Plotter or pantser?
I was half-half, but now I’m trying to become more of a plotter

When did you first realize you wanted to be a writer?
I’ve been writing since I was 13yo, but it was only a hobby. It was around 2009 when I thought I could try this seriously, but I took it very slow in the beginning.

What are you working on now?
I’m writing NA contemporary romance called Breaking the Reins and I’m plotting The Everlast #2 which is unnamed yet. And I will not mention how many ideas are swirling around my mind. Too distracting …

If you decided not to be a writer, what would your other dream job be? Why?
Architect. I went to architecture school for 3 years. Loved it to death. Still do.

What is the scariest thing you’ve ever done in your life?
Moved out of my parents’ house in a very small town when I was 16yo and went to live alone in a city with 1.5 million habitants.

Who is the one person that has single handedly inspired you the most in your life?
My father. He and I always talked a lot, about everything, and he always pushed me to be a better person. Before I went to college (for Architecture, then Graphic Design), he told me I should do something where I could use my writing – he knew I was destined to be a writer, even when I didn’t.

What is one talent that you’re hopeless at, but you wish you had?
Singing. And drawing. How I wish I could do both at least a little decently, but nah. I’m hopeless.

What is one trait or physical characteristic that you are proud of/love about yourself?
Physical = my greens eyes. Trait = I always treat others as I would like to be treated. Respect is the law.

Do you have any suggestions for aspiring writers?
Don’t give up. Each word you put down, you’re improving your craft. Several known authors wrote lots of manuscripts before finding and agent/selling a book. Your time will come. You just have to keep at it. 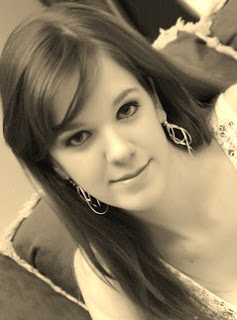 AUTHOR BIO
Juliana Haygert
While Juliana Haygert dreams of being Wonder Woman, Buffy, or a blood elf shadow priest, she settles for the less exciting—but equally gratifying—life of a wife, mother, and author. Thousands of miles away from her former home in Brazil, she now resides in Connecticut and spends her days writing about kick-ass heroines and the heroes who drive them crazy.

Author Links:
Website:
http://www.julianahaygert.com/
Goodreads:
http://www.goodreads.com/author/show/6609948.Juliana_Haygert
Facebook:
https://www.facebook.com/juhaygert
Twitter:
https://twitter.com/Juliana_Haygert
Excerpt:
Dylan kissed Hayley, his lips moving slowly at first, afraid of getting her madder than she already was, afraid of falling under her spell more than he already had. But her scent burnt his nostrils and her sweet taste teased his mouth, and he lost it. His need grew, and he increased the speed and pressure of the kiss. Startling him, she matched his new rhythm, her soft lips moving along with his, her nails scratching the back of his shoulder, sending shivers down his spine, shaking his core. Wanting more of her, needing more of her, he slid his hands up her bare back, rubbed her silky skin, glued himself to her. He loved her skin on his, her warmth mingled with his.

Dylan could have kissed her forever, and he would have, weren’t it for Dorant.

The kiss slowed, their hands drew back, and finally Hayley pulled her head back, breaking the kiss, her wide eyes on his.

Damn, he missed her lips already.

She walked away without hearing him. Perhaps, it was for the best, since he wasn’t sure what to say. He felt he needed to say something, to fix them, to fix their relationship.

Hayley, on the other hand, didn’t seem eager to fix anything.

Unfortunately, I worked. But I got to see other couples babies being born since I work Labor and Delivery. They all got great valentine's gifts.

I worked. But it was all overtime so I can take my BF out later :)

I had to work and then had a nice dinner with some friends.

Hi! Thanks for helping me spread the word!
The book is finally for sale ;)