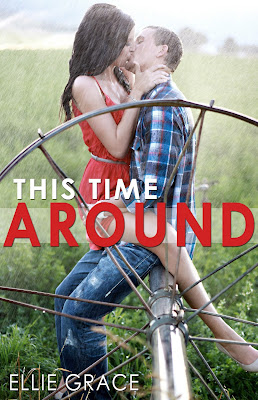 Nora Montgomery left home and heartbreak behind in South Carolina when she moved to New York City after her high school graduation. Now, four years later, she returns home and is forced to confront the past she left behind and the reckless boy who broke her heart. It’s not long before the pieces of her past begin to blur with the present and she realizes that the feelings she had for her first love never really went away. As old dreams resurface and new truths come to light, she begins to question the future she's always planned on.

Jake Harris has spent four years regretting the night he let her get away. When she finally reappears in his life, he is determined to win her back and prove how much he’s changed. She might never forgive him for that night, but if he tells her the truth about what really happened it will shatter the world she thought she knew. If he doesn’t, he might not get a second chance. He’s already lost her once and he won’t lose her again.

They come from two different worlds that are threatening to tear them apart…can they make it this time around?

Nora hopped into the back and started handing me the heavy boxes so I could bring it all into the house. When it was all unloaded she stood on the tailgate and held out her hand so I could help her to the ground. Instead of grabbing her hand, I wrapped my arms around her thighs to lift her, letting her body slide down mine until her feet touched the ground. I kept my hands on her hips and looked her right in the eye so she would know exactly what was coming.

“I have to,” I told her, as I leaned forward and gently placed my lips on hers. I held them there for just a moment before pulling back to look at her, and my heart felt like it was beating out of my chest.

I leaned in to kiss her again and tightened my arms around her. Cautiously I moved my lips against hers and brought my hand up to touch her face. I heard her moan softly against my lips and it was all the encouragement I needed. I pressed up against her and when I felt her lips part for me, I let my tongue find hers and tilted her head as I deepened the kiss. As my lips began moving more intensely, she wrapped her arms around my neck and crushed her body against mine.

The need I felt for her turned me completely inside out. I hadn’t planned on kissing her today, but when I looked up at her standing on the tailgate, illuminated from the light of the setting sun, I knew I couldn’t wait. I had to know what it was that I was feeling, and if it was something real or if it was just remnants of the past clouding the present. Still, I wasn’t expecting this. Instead of curbing my appetite for her, it only intensified it. I’d never needed anything as much as I needed Nora.

When I finally pulled away, I brushed my thumb against her cheek and tucked a loose strand of hair behind her ear. “God, I missed you, Nora.”

“This doesn’t change anything,” she said breathlessly, “I still have to go back to New York.” 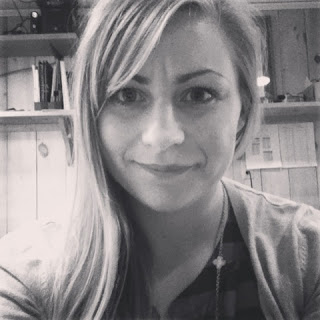 Ellie Grace is an avid reader, chocolate lover and caffeine addict. When a story popped into her head that she couldn’t seem to shake, she decided to pursue her childhood dream of becoming a writer. When she’s not writing, she’s usually curled up with a book by one of her many, many favorite authors.

Thanks for this information, it is really valuable blog for me. We also provide digital marketing services like, SEO Service, PPC Service, Facebook Marketing etc for online promotion of your business.
SEO Service in Delhi

Amazing blog, thank you so much for sharing with us this informative blog. Visit Mutual Fund Wala to get better Mutual Fund Schemes.
Mutual Fund Advisor

we have provide the best ppc service.
ppc company in gurgaon
website designing company in Gurgaon
PPC company in Noida

Our Mission as a Financial Business Planner in Delhi is to help our clients achieve their financial goals and realize their dreams for themselves, their families, and their businesses or professions, Best Mutual Fund Company in Delhi.

I usually never liked reading articles on blogs but for this blog I want to say that this writing really forced me to try and do it! Your taste in writing has surprised me. Thank you, very good article.
BIS Consultant

Mostly I use to read the blogs and informative article on daily bases, but today i found your blog very interesting and unique, providing the information and helpful to others. Keep it up and waiting for your new updates thanks. We offer multiple services in digital marketing, some of our services are:

The marketing is continuously changing that builds excellent customer experiences. There have been numerous digital marketing strategies in recent times, so you need to select the right one to promote your business. With the latest online marketing trends 2022, you can achieve your business goal quickly.