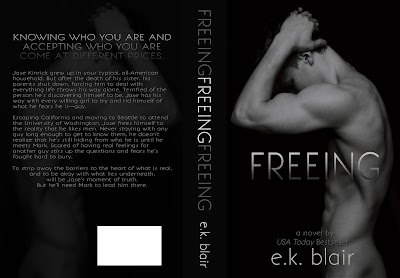 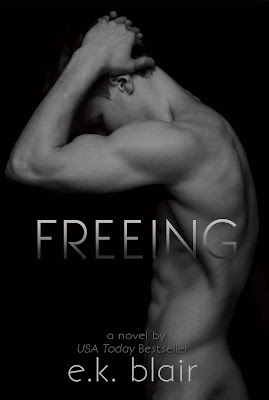 Jase Kinrick grew up in your typical, all-American household. But after the death of his sister, his parents shut down, forcing him to deal with everything life throws his way alone. Terrified of the person he’s discovering himself to be, Jase has his way with every willing girl to try and rid himself of what he fears he is—gay.

Escaping California and moving to Seattle to attend the University of Washington, Jase frees himself to the reality that he likes men. Never staying with any guy long enough to get to know them, he doesn’t realize that he’s still hiding from who he is until he meets Mark. Scared of having real feelings for another guy stirs up the questions and fears he’s fought hard to bury.

To strip away the barriers to the heart of what is real, and to be okay with what lies underneath, will be Jase’s moment of truth. But he’ll need Mark to lead him there.

**This is a companion novel to the USA Today Bestseller, FADING.**

Holy Mother of Books I can't even wrap my mind around this book. I mean I loved Fading and couldn't get enough but Freeing was so freaking mind blowing I could not sleep after reading it. I had so many highs and lows and could not wrap my mind around things that I actually went back and read the book again to see if I missed something. Did I miss something NO E.K. is just a BRILLIANT author and I need more from her. Her style of writing draws you in and you can't help but laugh and cry and everything else that comes with an amazing story.

In Freeing we get Jase's story and what a story it is. Can you imagine pretending to be something your not? Imagine having to lie constantly and hide the real you in order to keep your family and friends? Well this is what Jase had to do because Jase is gay and being gay is both scary and frustrating because he can't be himself. He has to hide behind a mask and so he becomes a man whore to mask his true identity. I mean in high school who wants to be friends with someone who is gay? So Jase decides he is going to college far away from home where he can be himself and find out what he really is.

But college only brings on more confusion because Jase is still not comfortable with his sexuality and he becomes a gay man whore choosing to have one night stands and no meaning relationships until he meets Mark. Jase and Mark are both studying to be architectures and have several classes together but Jase did not know Mark was gay until Mark invited Jase to go see his band play. When Mark reveals he is gay and interested in Jase Jase can't believe it because Mark is open about being gay. When Mark and Jase hook up for the first time Mark won't do anything with Jase until Jase commits and this hits Jase because he knows he wants Mark but he is just ready to be openly gay and have a boyfriend. So he sabotages his relationship at first with Mark and when he realizes he needs Mark in his life he knows he will have to face the demons that haunt him.

Can Jase get it together to be with Mark out in the open or will Jase let the love of his life walk out ? This is a story about love, loss and finding your true self. Jase is like a phoenix rising out of the ashes to be reborn. 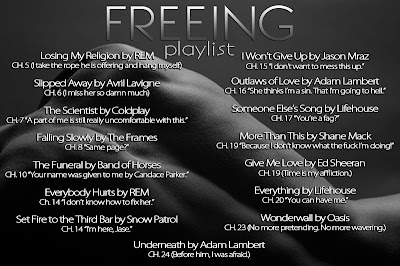