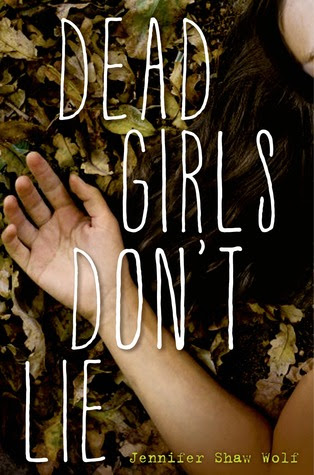 Rachel died at two a.m . . . Three hours after Skyler kissed me for the first time. Forty-five minutes after she sent me her last text.

Jaycee and Rachel were best friends. But that was before. . .before that terrible night at the old house. Before Rachel shut Jaycee out. Before Jaycee chose Skyler over Rachel. Then Rachel is found dead. The police blame a growing gang problem in their small town, but Jaycee is sure it has to do with that night at the old house. Rachel’s text is the first clue—starting Jaycee on a search that leads to a shocking secret. Rachel’s death was no random crime, and Jaycee must figure out who to trust before she can expose the truth.

In the follow-up to her powerful debut, Jennifer Shaw Wolf keeps readers on their toes in another dark, romantic story of murder and secrets.

Dead Girls Don't Lie is an epic story. If you love murder, mystery, and a guess who done it no way in hell that person did it this is the book for you. I mean right from the beginning I was pulled into this story of a friendship gone bad and one friend ending up dead and the other friend wanting no needing to find out who the killer is.

Jaycee and Rachel are best friends. They share everything and do everything together.Then one night they go to this old house and Rachel sees something and soon Rachel is acting strange. Soon things started to go south for the girls and Rachel shuts out Jaycee so Jaycee moves on. She tried talking to Rachel but Rachel just froze her out and started acting weird and doing weird things. Then on the most important night of Jaycee's life Jaycee gets a text from Rachel asking for help but Jaycee ignores it because they haven't spoken in six months. The next day Jaycee finds out that Rachel has been murdered.

Jaycee is devastated because she feels guilty for not answering Rachel's text. As Jaycee finds out the details of Rachel's death she is determined to get to the truth. The police thinks it is gang related but Jaycee is not so sure because Rachel has left her clues. Together with Eduardo Jaycee starts to uncover that the high school football team may have something to do with the death of Rachel. But Jaycee will have to figure out who she can trust and who she shouldn't trust in order to solve her best friends murder.

Rachel died at two a.m . . . Three hours after Skyler kissed me for the first time. Forty-five minutes after she sent me her last text.

Jaycee and Rachel were best friends. But that was before. . .before that terrible night at the old house. Before Rachel shut Jaycee out. Before Jaycee chose Skyler over Rachel. Then Rachel is found dead. The police blame a growing gang problem in their small town, but Jaycee is sure it has to do with that night at the old house. Rachel’s text is the first clue—starting Jaycee on a search that leads to a shocking secret. Rachel’s death was no random crime, and Jaycee must figure out who to trust before she can expose the truth. 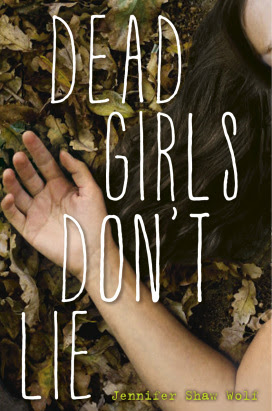 We shouldn’t be here.

The thought echoes with every thump of my terrified heart against my chest, with every creak of the stairs that lead up the sagging front porch, towards the hollow-eye front windows and the door of the old house.

I lick my lips and dare to say it out loud. “We shouldn’t be here.”

It wasn’t more than a hoarse whisper, but Rachel whipped her head around defiantly and grinned at me, her ‘you’re going to be part of this whether you like it or not’ grin. “C’mon Jaycee, don’t be such a baby. It’s just an old house, no big deal.”

I take another step, the porch creaks so much that I wonder if it will hold my weight. I reach out and touch the sign nailed to railing. “It says “No Trespassing. The floor’s probably rotting and we’ll fall through. It’s probably locked any—“

“--Shhh.” She touches her finger to my lips. “Did you hear that?” I freeze so fast and so solidly that it feels like my heart stops too. She shakes her head, still grinning. “I don’t think we’re alone.” She giggles like this is a big joke, a big adventure. To her it is.

Her laugh sounds evil and horrible, but I huddle close to her, so close that I get a face full of long dark hair and the sweet smell of strawberries from the cheap shampoo she uses. Tears collect at the back of my throat. “Let’s just leave, okay, Ray?”

“Not a chance.” She keeps moving towards the door, turns the knob and it swings open without a sound. Somehow the door’s silence terrifies me more than if it had made a horror-show-door-creak. “See. Unlocked.” She says it like she was expecting it to be open. I follow her inside, because the only thing more terrifying than going inside the old house is staying outside in the dark by myself.

My eyes slowly adjust to the dark room and in the moonlight the shapes morph into semi-recognizable forms; a big window with heavy black curtains, a long mirror on the other side, an overturned chair, bits of garbage and boxes. Things that were left behind when the last people to live here left permanently. There's an odd mix of smells; dust and mold, with a hint of cigarette smoke, and mice, but there’s is something else, a strong, lingering odor that smells too new, like someone just painted.

"He-llo.” Rachel waits, like she's expecting someone to answer. I wait too, praying no one does. She steps towards a narrow staircase while I stay by the door, frozen with fear; half-admiring, half-despising her courage as she puts her bare foot on the stairs. She turns, “Are you coming?” I shake my head. The moonlight catches her black hair as she tosses her head in kind of a "whatever" gesture back at me. She moves up the staircase and disappears into the dark.

I back towards the wall, close enough to the door to make a run for it if I have to, but also close enough to the wall that my back isn’t exposed to the darkness behind me. The paint smell gets stronger. I listen for Rachel, her footsteps creaking above me.

The curtains across the room move. I turn to stone, holding my breath; reason manufacturing a breeze or even a mouse, something harmless, fear conjuring up something far worse. Chills prickle my spine. I step backwards towards the door, feeling for the wall behind me, prepared to run. My fingers brush something solid, then wet. I jerk away.

I turn to face the wall. A huge, red circle glares back at me, filled with symbols I didn’t recognize. The paint is still fresh and dripping; like it was written in blood.

I spin around to face the stairs in front of me. Beyond them, the curtains move again. Something white, numbers or symbols, a face, and then the curtains part. He disappears into the folds. 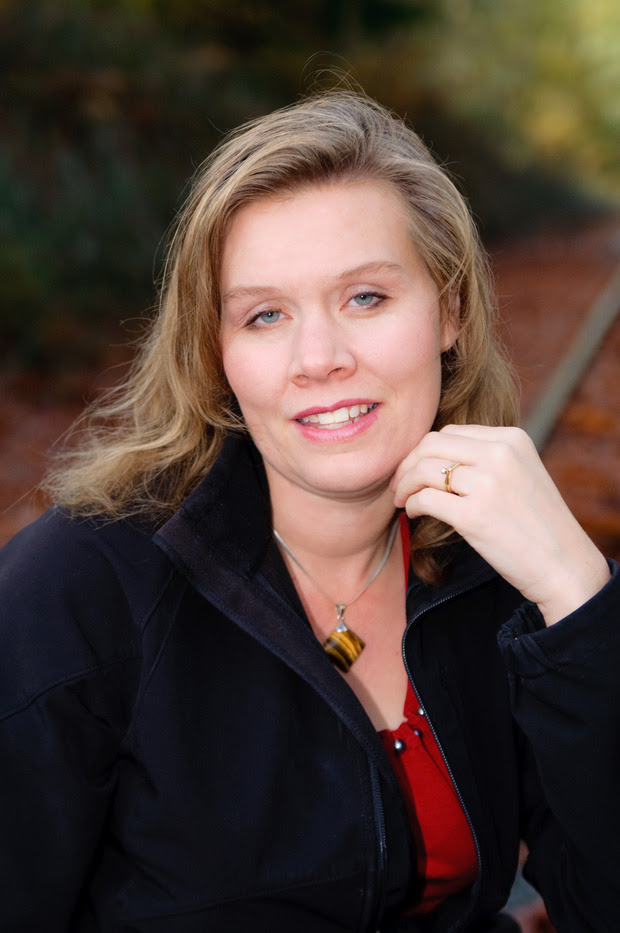 Jennifer Shaw Wolf grew up on a farm in the tiny town of St. Anthony, Idaho. She spent cold Idaho mornings milking cows in the dark and attended a school where Hunter’s Education was part of the sixth grade curriculum. She’s always been a writer, whether it was sewing together books to read to her little brothers or starting an underground newspaper in sixth grade.

She met the love of her life at Ricks College, (now BYU Idaho), after he dropped her on her head. She graduated from Ricks and then Brigham Young University, Provo with a degree in Broadcast Communications. Now she lives in beautiful, green, (rainy) Lacey, Washington with her husband and four kids. She loves to produce videos, ski, ride horses, and read, but really all she has time for is chasing kids and writing.