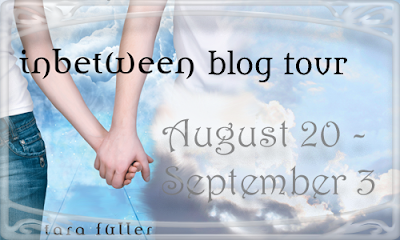 Since the car crash that took her father’s life three years ago, Emma’s life has been a freaky — and unending — lesson in caution. Surviving “accidents” has taken priority over being a normal seventeen-year-old, so Emma spends her days taking pictures of life instead of living it. Falling in love with a boy was never part of the plan. Falling for a reaper who makes her chest ache and her head spin? Not an option.

It’s not easy being dead, especially for a reaper in love with a girl fate has put on his list not once, but twice. Finn’s fellow reapers give him hell about spending time with Emma, but Finn couldn’t let her die before, and he’s not about to let her die now. He will protect the girl he loves from the evil he accidentally unleashed, even if it means sacrificing the only thing he has left…his soul.

HOLY REAPERS HERE I COME!!!!!!!!!!! Tara Fuller and Entangled have once again pulled it off for me! I have to give a HUGE Thank You to Jaime over at Entangled for allowing me to read and review Inbetween and also for allowing me to be a part of this FANTASTIC blog tour. This is going to be one review that WILL NOT contain any spoilers. This is on of those books you have to read for yourself to see the who, what, where and when of the story. I will give you a little taste of what this book is about but no more because this is one of those EPIC reads that will stay with you until the second book comes out and long after.

Emma's father died in a car accident three years ago and she is still reeling from his death like it was yesterday. So to pass the time Emma takes pictures and lives her life through the camera lens. With her best friend Cash by her side she gets through the day. But in life we ll know things happen and with Emma she is different. She can sense someone around her and when she meets Finn she never planned on falling in love.

The only thing is is that Finn is a Reaper and he is not allowed to touch her let alone be in a relationship with her. As Finn and Emma journey down the road that should not be taken they will have to do things differently in order to have the relationship they both need and desire. As in all GREAT books we have a villain who will stop at nothing to keep Emma and Finn from becoming a couple and of course you have the ones who will help them.

In the end Finn will have to decide if having a relationship with Emma is worth losing his soul? Can there love survive the bumpy road it is on? Can Emma ever truly have a fulfilled life with Finn? What is she willing to risk for him? Come along on this FANTASTICAL ride where the repear falls hard and is willing to do whatever it takes to keep the one he loves even if it means losing his S-O-U-L!!!!!

Today I want to give a huge THANK YOU to Tara Fuller author of Inbetween for stopping by A Diary Of A book Addict. I have to say Tara when I first found out you were doing a book about Reapers I was excited. I have only read two books that have dealt with reapers and one was a YA and the other two were adult genre. Then I saw your book cover and I was HOOKED! My best friend Kayleigh from K-Books and I talked about your book and when it was released we had to buddy read it. So when we saw a post saying you were having a blog tour through Entangled we jumped at the chance to be on it. I can’t say thank you enough for allowing me to interview you.

Without further ado here are some questions for you…….
What gave you the inspiration to write Inbetween?

The inspiration for Inbetween actually came from an Edgar Allen Poe quote.

The boundaries which divide Life from Death are at best shadowy and vague. Who shall say where the one ends, and where the other begins?

I read that quote right after watching a documentary on a little boy who had the reincarnated soul of a World War Two Fighter Pilot, and by that night, the idea for Inbetween was born.

Did you do a lot of research on reapers before you wrote Inbetween?

I did a lot of research on reincarnation and poltergeists for this book. Not so much on reapers. I really wanted to invent my own world in that aspect.

Is Finn inspired by someone in your life?

No. Finn came out of nowhere for me. I had originally planned to write this book from Emma’s POV only. Then Finn started talking to me and I realized this was his story just as much as it was Emma’s. He deserved the page time.

What was Emma really thinking when she found out what happened to her?

I think Emma was very torn. For such a long time she had battled the idea that she was crazy. When the moment came, she didn’t know whether to look at this as proof of her sanity or insanity. She was very confused and afraid, but it a weird way relived to have something concrete in front of her rather than just faded memories.

Is Cash really a bad boy? And will we see more of him in book two?

Cash…Oh Cash. He is one of my all time favorite characters that I’ve written. Yes, he has the bad boy side, but inside there is a lot going on with Cash that we didn’t see in book one. He is very broken and in book two we see a whole other side of him. We see why he is the way he is. We see his world fall apart, just as Emma’s has been put back together. Book two will be from Cash and the reaper Anaya’s POV. And I can’t wait for people to read it!

What music inspired you during your writing process?

I work with playlists for all of my books, but some of the songs that really made an impact on this book were…

2.) Northern Wind by: City and Colour

3.) I Will Follow You Into The Dark by: Death Cab for Cutie

5.) Something by: Jim Sturgess (Across the Universe Soundtrack)

Does Finn get a new Scythe?

Nope, but I wouldn’t feel sorry for him. He get’s something a little better than that. ;)

Can you give us five random things we did not read about for Finn, Emma, And Cash

1.) Finn Fact: Easton reaped Finn. He was going to go to Hell when Balthazar offered him an out as a reaper.

2) Cash Fact: Cash always thought he and Emma would end up together. Just wait until you get inside his head in book two.

3.) Emma Fact: Emma’s dad taught her how to cook, but she didn’t really get into it until after he died.

4.) Finn Fact: Finn actually wanted to come home after the war and take over his dad’s peach farm, but he never got that chance.

5.) Cash Fact: Cash’s mom left him and his dad for her yoga instructor when he was six. That’s one of the reasons he doesn’t let girls in too close.

Tara, thank you so much for stopping by and spending time with the readers. I love Inbetween and I am in dire need of book two. Can you tell us when we can expect it? I am Team Finn all the way!

Thank you so much for interviewing me! I am so glad you loved Inbetween. As of now, we are looking at an approx. release date of summer 2013 for the second book in the Kissed by Death series. J

Tara Fuller writes novels. Some about grim reapers​. Some about witches. All of course are delightfully full of teen angst and kissing. Tara grew up in a one stop light town in Oklahoma where once upon a time she stayed up with a flash light reading RL Stine novels and only dreamed of becoming a writer. She has a slight obsession with music and a shameless addiction for zombie fiction, Mystery Science Theater, and black and white mochas. Tara no longer lives in a one stop light town. Now she lives with her family in a slightly larger town in North Carolina where they have at least three stoplights.

GIVEAWAY TIME: ONE E-COPY OF INBETWEEN AND A $15.00 AMAZON GIFT CARD AND TWO SIGNED BOOK MARKS (SORRY U.S. ONLY)
a Rafflecopter giveaway

InBetween is on my wishlist! I love Finn - his voice is awesome:)

Team Finn all the way!

I'm really looking forward to reading Inbetween. Thanks for the giveaway!

Love the review and interview. I just finished this one and I love it to.