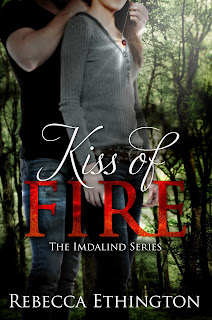 Joclyn Despain has been marred by a brand on her skin. She doesn't know why the mark appeared on her neck, but she doesn't want anyone to see it, including her best friend Ryland, who knows everything else about her. The scar is the reason she hides herself behind baggy clothes, and won't let the idea of kissing Ryland enter her mind, no matter how much she wants to.


The scar is the reason she is being hunted.

If only she knew that she was.

If only she had known that the cursed stone her estranged father sent for her 16th birthday would trigger a change in her. Now, she is being stalked by a tall blonde man, and is miraculously throwing her high school bully ten feet in the air.

Joclyn attempts to find some answers and the courage to follow her heart. When Ryland finds her scar; only he knows what it means, and who will kill her because of it.

“Loved the world, the concept, all of the characters (good and bad), and just everything about this story! On to the next one!” -Jena, Shortie Says

“I loved this book from the very first lines… I think it will be hard to move on to another story for a while. -Steele Reviews

“It’s amazing and left me at the edge of my seat through the night as I read.” - Zach’s YA Reviews

Book 2 in the Imdalind series! 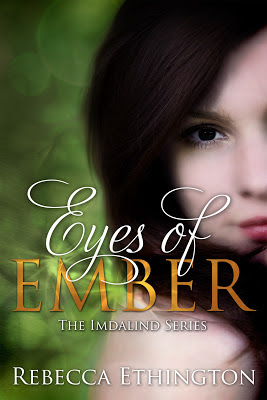 "If you like magic and paranormal books you NEED to read this series." - Book Briefs

"Eyes of Ember was so amazing! I can't even put into words how amazing. It's Brilliant." - Imagine a World

You have a nice blog. Thanks for writing this up. Keep it up. You are doing great.
Jobs Info

This series does look good. I'm curious about it. :)