ATOMR Presents I Stand Before You (Judge Me Not #1) by S.R. Grey Blog Tour Stop 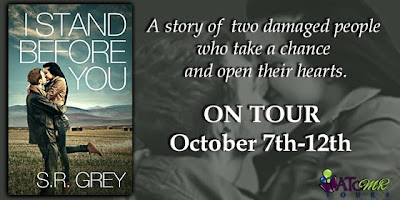 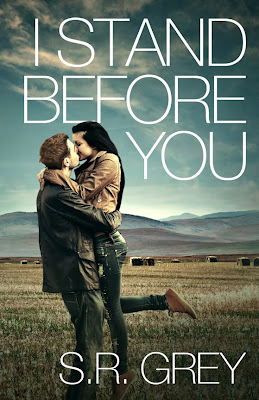 When it comes to tattooed bad boys, Chase Gartner is the real deal. Partying, engaging in meaningless sex, getting into fights---Chase indulges in it all during his late teen years, thus firmly solidifying his status as a heartbreakingly gorgeous but way-too-dangerous-to-trust guy in his hometown of Harmony Creek, Ohio. Then, following one fateful night of reckless decisions, Chase's actions finally catch up to him and land him in prison.

Now, four years have passed and Chase finds himself a free man. He returns to Harmony Creek, ready to pick up the pieces and start rebuilding his shattered life.

Things are off to a promising start when he meets Kay Stanton, a young woman with a tragic past of her own. Despite a powerful attraction, Chase and Kay are naturally hesitant to become involved. That's why friendship feels like the safest option. But when passions ignite and love blossoms, a relationship that is destined and meant to be can only be resisted for so long. When Chase and Kay finally succumb to their feelings they realize being together feels more right and true than anything they have ever experienced.

But their love is soon tested. Chase's wild past still haunts and tempts him, and Kay is keeping a secret that could tear them apart.

I Stand Before You is a journey of hope and forgiveness, coming to terms with the past and moving forward. But mostly it's a story of two damaged people who take a chance, open their hearts, and find true love.

Where to start with this review............ Oh my I have no idea because after reading this book I cried. I mean I cried for like ten minutes because I have never been on such an emotional roller coaster like I was when I was reading I Stand Before You. This book is about two broken souls that come together to find that love can given even if your broken.

Chase lives his life wild and free. His father has passed away and his mother has checked out so he goes to live with his grandmother. Once he gets there he starts to hang out and party and do the opposite of what he is supposed to be doing. He parties like no ones business and he goes through girls like he changes his under wears. Not caring a lick about what happens next until one night he goes a little to far and he is arrested and sent to prison for four years. While in prison he starts to look back on his life and sees that when he does get out he will have to change his ways because the way he was heading wasn't working. So with a new sense of urgency Chase decides once he is freed he will change his life. But we all know that change is hard when you have a prison record and no one wants you. So Chase turns to the one person he knows will help him Father Maridale.

Kay is used to living a lie. Her mother has everything planned out for her all she has to so is follow the rules and date Doug and make her mother happy. Sounds like a piece of cake right well hell no because she doesn't love Doug. She just wants to do her own thing and make her own decisions so when her sister dies and her mother kicks her out and her father cuts her off financially she decides she will start a new life. With the pain and the guilt eating at her she decides she will move on and never look back. So she goes to college and decides she will be come a teacher so she can be around kids all day as a reminder of her sister. This works for a while but there is still a hole in her heart that she can't seem to fill.

When Kay and Chase run into each other they are both smitten with each other but nothing more comes of it because as broken as they are they know it would never work out. But as time goes on and they build a friendship they get closer to one another and soon they realize what they want is each other but will it work out? When the secrets and lies come to the forefront for Chase and Kay will they be able to remain together or will it destroy them? This is such an emotional story about what it means to fall in love despite being broken. What will happen to Chase and Kay.... well you have to read it to find out! 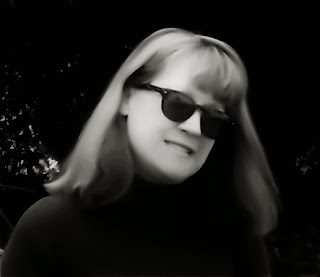 Ms. Grey resides in western Pennsylvania. She has a Bachelor of Science in Business Administration from Robert Morris College, as well as an MBA from Duquesne University.

She is currently working on Wickingham Way, the third installment in A Harbour Falls Mystery series, to be released in January 2014, as well as Never Doubt Me, second novel in the Judge Me Not series.

Other interests include reading, traveling, running, and cheering for her hometown sports teams.

Thank you so much for taking part in the ISBY blog tour! And thank you for such a nice review!!! <3