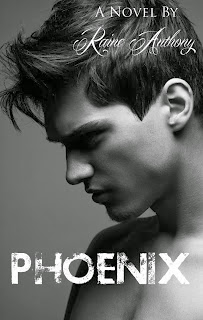 In a small town in Cornwall, a fighter and a schoolteacher meet.

Dangerous. Bad News. Killer. This is what Phoenix sees when he looks in the mirror.

Shy. Timid. Afraid. This is what Eve sees in her own reflection.

But when Eve looks at Phoenix she sees a strong, handsome, sensual man. And when Phoenix looks at Eve he sees a beautiful, untouchable, heavenly creature. Together they will help each other to escape the labels they have lived with for so long.

Will the ghosts of their pasts return to hinder their happiness?

Or will true love lead to freedom?

Phoenix is a story of two lonely souls finding solace in one another’s hearts.

I have to say that this book totally blew me away for several reasons. First the cover drew me in because it is so telling and it is the crux of the story. The cover model looks broken like he has the weight of the world on his shoulders and guess what folks yes he does. Boy I love me some phoenix because he has a past like everyone else but his past is dark and dreary and full of secrets. The one person that was supposed to love and care for him did not so what is a guy to do but lock up his heart and keep it safe. But when he meets Eve all bets are off because Eve sparks something in him he has not felt ever.

Eve is a sweet quiet girl who lives her life quietly going day to day. After Eve loses a close friend she feels lost. She is running from her past and when she moves to a new apartment she is told by her neighbors not to talk to her other neighbor because he is quiet and keeps to himself. But Eve sees Phoenix and she sees something different in him so she befriends him and this is the beginning of a love story that really captured my heart.

Eva and Phoenix soon find themselves talking to each other and soon become friends. As they get to know each other better they fall in love and it is a love that will be tested because Phoenix and Eve are both running from a past and secrets will come back to haunt them. Can they overcome the past and move on to a future that is filled will love and promises of forever? You have to read it to find out! 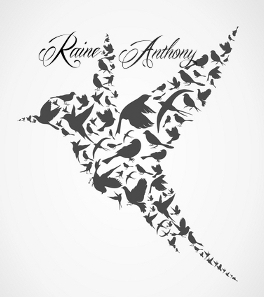 Raine Anthony is the pen name of a British-born freelance writer. She is in her late twenties and has a number of successfully published novels under her belt. She likes pictures of birds. She is an avid reader with a love of laughter, a hatred of high heels and an indifference to a lot of things in between. Her romance novel, Phoenix, was written many years ago and almost forgotten. This year she decided give it life again by publishing it. She hopes that readers will enjoy the tale.

Thank you for hosting for Worldwind Virtual Book Tours!!
xoxo