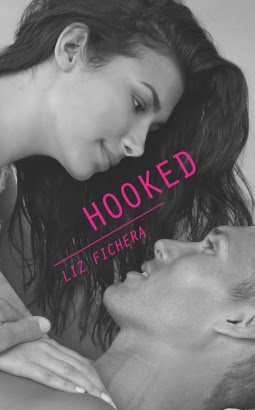 Get hooked on a girl named Fred...

HE said: Fred Oday is a girl? Why is a girl taking my best friends spot on the boy's varsity golf team?

SHE said: Can I seriously do this? Can I join the boys' team? Everyone will hate me - especially Ryan Berenger.

HE said: Coach expects me to partner with Fred on the green? That is crazy bad. Fred's got to go - especially now that I can't get her out of my head. So not happening.

SHE said: Ryan can be nice, when he's not being a jerk. Like the time he carried my golf bag. But the girl from the rez and the spoiled rich boy from the suburbs? So not happening.

"Not just a Romeo and Juliet story, the book examines the conflicts of white versus Indian and rich versus poor, giving it far more heft than the average romance. Bravo." (Kirkus STARRED Review)

Hooked is one of those books that will Hook you in. I have to say I started it on Thanksgiving morning at 5am while I was prepping the food and I read it till 5pm. I could not not that is not true I would not put this book down. I needed to finish it like I needed air to breathe. Okay so I am going to tell you why I loved this book so much first. First off I love the fact that the characters came from different backgrounds. Fredricka Oday is an Indian girl from the Reservation and Ryan Berenger is a rich spoiled brat from the rich side of town. Then their is the whole Golf thing. Lord I love Golf. I really can't play that good but I do love the sport. But what happens when you put together two different people with two different backgrounds you get this EPIC story like HOOKED!

This is Liz Fichera's debut book coming out in January and dam it is going to be a top best seller for the YA genre. This book took me on so many roller coaster rides that I was rooting for the two all the way to the end. There are just some people who belong together and there are people who don't belong together.This is a story about two people who will have to cross cultural biases and prejudices to be together but in the end what they find and get is a beautiful story.

Fred is from the Reservation. She lives a simple life keeping her head down and nose clear off all trouble. One day while she is at the Golf Range practicing her golf while her father is working she is approached by the golf coach off the high school she attends. The coach wants her to play on the high school team but she is not sure because she has never done any team sports or anything like that. But she has come to love golf and needs it to escape the issues she is having at home. So she asks her father and he reluctantly agrees.

Ryan Berenger is a spoiled brat who follows his best friend Seth around. He really doesn't think about anything and is angry at his parents and hates his life but he has no backbone to say anything to anyone. Golf for him is an escape as well and he is more than excited to be starting his Junior year playing golf with his best friend Seth. But that is not what happens because Seth is kicked off the team and Fred replaces him. This action has caused the whole golf team to act up and Seth has decided to take matters into his own hands.

What happens next is a story you will have to read because you will be surprised what happens. Take a ride from two points of view, Ryan and Fred tell their story like only they can and you will not be disappointed. Learn about the Rez (Reservation) and learn what it is like to grow up in privileged but have no love. Totally EPIC story that I loved so much when the book comes out I am buying a copy and reading it over again!

I'm an American author living in the American Southwest by way of Chicago.

Born and raised in Park Ridge, Illinois, I moved to Phoenix, Arizona, after college, never expecting to live more than one year among cactus and people who’d never seen snow. I was wrong. It certainly didn't hurt that I met my future husband in Phoenix too.

Most of my stories are set in the American Southwest because I think the desert is a cool place. Living in Phoenix, I'm surrounded by Native American culture and influences, not to mention intriguing Hohokam petroglyphs and centuries-old canals. There are over 20 tribes in Arizona and I'm lucky to be neighbors to the Gila River and the Salt River Indian Communities.

When I'm not busy writing my next novel, I like to travel, visit museums, support local theater productions, hike, and pretend that I'm training for a triathlon. I post a lot of photos from my desert and mountain hikes on my Facebook and Twitter pages. In no particular order, I've been chased by javalinas, rattlesnakes, coyotes, and even one curious black bear. Would love to connect with you there too!

This NA /YA book sounds really good, thanks for sharing this find!

This is an awesome review, thank you!! I have a copy of this book too and now I'm even more excited to read it! It sounds good, and it's nice to hear that it *is* good! :)