He wants just one night…

After growing up with an abusive, alcoholic father, Army Special Forces Sgt. Brady Scott vowed never to marry or have kids. Sent stateside to get his head on straight—and his anger in check—Brady’s looking for a distraction. He finds it in his beautiful new neighbor’s one-night-only offer for hot sex, but her ability to make him forget is addictive. Suddenly, Brady’s not so sure he can stay away.

…what they need is each other.

Orphaned as a child, community center director Joss Daniels swore she’d never put herself in a position to be left behind again, but she can’t deny herself one sizzling night with the sexy soldier who makes her laugh and kisses her senseless. When Joss discovers she’s pregnant, Brady’s rejection leaves her feeling abandoned. Now, they must overcome their fears before they lose the love and security they’ve found in each other, but can they let go of the past to create a future together?

5 OF 5 ONE NIGHT WITH A HERO BRADY SCOTT

One night with a Hero had me at the edge of my seat the entire time I was reading it. Man have I never read a book with so many ups and downs that had me thinking about things. First Brady Scott is damaged emotionally and has shut off his loving capacity to anyone who is not in the Vieri family or his sister. Freshly home from tour Brady has to go to counseling and confront the source of all his anger and hatred. He is not ready to do that because the one person he has to face is the one person he hates more than life and that person is his very own father.

Growing up in The Scott home was no easy ride. Brady's mother died when he and Aly were young and that left their father to raise them. Well their father shut down and took to the bottle and became this mean son of a b&%$@! So Brady and Marco his best friend took care of his sister Aly and made sure she would never suffer at the hands of their father. But this was a sacrifice that Brady made and he never went to college and waited till Aly graduated high school to join the army. So along with Marco he joined the Army and became a special forces officer and worked his way up the ranks and wants to become top dog of his platoon but his anger keeps getting in the way and the Army has told him to take a leave and get his s&^% together.

Only when he comes home he finds out that his best friend and little sister are dating and engaged. So he decides to move into a condo and place some roots in the town. He has to go to counseling for anger and he has a sweet job so what more could he ask for? One day on his run he notices a girl crying and it all he can do to not be a creeper but he goes to the girl and starts talking to her. He likes her right away because she is a smart mouth brainiac and he can see through her walls she has out up. Joss Daniels does something to Brady's heart and he is not sure what the heck it is but he is scared because he has never ever allowed himself to have feelings for a girl. Yes one night stands but never something more.

Joss is not without he problems to and she is damaged as well but she sees something in Brady and wants to know him. The thing is neither of them wants to admit there is something more and as the heat between them builds one thing leads to another and Joss ends up pregnant. HOLY HADES does Brady freak out and not treat her right at first. He is in shock and he feels like he can't raise a child like he was raised. So what do you do when have no where else to turn? Well he acts out and together he and Joss have to face their inner demons and move on. That is better said then done but together they need to work things out because whether or not they like it a baby is coming in nine months and they are going to be parents.

What will Brady do? How will he react? Will he be a better person? Or will the anger kill him? What will Joss do? Will she keep the baby? Will she and Brady be more than a one night stand?

Read this book because it is total EPICNESS and full of steamy scenes and just straight raw emotions that I love to see in a man!

Good morning today we have a special guest author Laura Kaye. Laura is the author of The Hero Series as well as other books she has written. Thank you so much Laura for stopping by A Diary of a Book Addict and sharing The Heroes with us. I have to say that I absolutely love this series. I love a man in uniform anyways but to see them broken and shattered and have something to look forward to when they let themselves open up and love is such a treat. After I read Her Forbidden Hero which is the story of Marco and Alyssa I was hoping to read about Alyssa’s brother Brady. Oh man, and what a treat One Night With A Hero is.

How did you come up with the idea of writing this series?

Well, the series really started with Marco Vieri, the hero from Her Forbidden Hero. I kept seeing this image of a badly damaged man, but that was all. Over a period of about nine months, he got clearer and clearer until I saw the image of a badly damaged man sitting alone in the near dark struggling to play the guitar. And Marco was born. And I immediately knew he had a best friend that would be integral to his life and would get his own story, too. I also work for the military too (as a civilian), so I have a great admiration for military heroes…

Do you have family members that serve our country?

I have an uncle who is an Army doc—he’s the only active duty military in my family. But there are quite a few veterans—my father was in the Marines during Vietnam, and my grandfather in the Army in World War II.

Did you do a lot of research for the books?

Yes. I really wanted to do my best to get the military details right. I did a lot of research on the Army Special Forces—qualifications, training, structure, jobs, etc., as well as on medical problems that could result in discharge (for Marco’s story). Both of the books are set in places I know well (Frederick, Maryland, and Arlington, Virginia), so I didn’t have to do as much setting research.

Did Brady really think one night with Joss would be enough for him?

At first, absolutely, because he wasn’t capable of seeing anything else as possible for himself.

What was going on in Brady’s mind when Joss told him she was pregnant?

He was devastated because he was completely convinced his father’s death—and therefore his inability to get closure with that whole situation—cut off any possible future that might involve Joss and a baby.

What was Joss thinking when she found out she was pregnant? Did she ever think about not telling Brady?

Brady is a tormented soul because of his family’s up bringing; will he let it go to open up and love Joss?

He is working on it every day, and their love for one another gives him the strength to believe that love doesn’t have to destroy. Especially since it’s given him new life.

How does Brady really feel about his father? I mean he was a drunk and abusive but what was he thinking when he joined the army and left Alyssa alone?

He didn’t leave Alyssa alone until she graduated high school and was off to college—he was adamant she never be in a position to have to live with her father without Brady’s protective presence. It’s why he delayed starting his own life until she was old enough to be independent. Before Joss, Brady felt nothing but pure hatred toward his father. After Joss, Brady is starting to understand that holding onto that kind of anger will never do him any good.

When did Joss and Brady realize they loved each other and could not live without each other?

It’s a gradual process for both of them, for sure. Neither of them are in insta-love. But I don’t want to give away the exact moment each of them finally admit their feelings to themselves! *grins*

Can you tell us three things about Joss and Brady we have not read about?

Joss: continues to occasionally babysit little Claire for Will; gets a new tattoo after Nicky is born; becomes very close with Alyssa

Brady: will eventually work in private security; is a great, attentive, devoted dad; sings off key

How many books are going to be in this series?

I’m not sure yet, but definitely more! *grins*

What are you currently working on?

I’m currently writing South of Surrender, the third book in my Greek-mythology-inspired Hearts of the Anemoi series It releases in early summer 2013!

Laura thank you so much for stopping by and sharing the Hero’s with us. I really love this series and I look forward to what you have next in store for your readers. You have such a way with writing it draws the reader in and leaves us wanting more.

Aw, that’s awesome! Thanks so much for having me here today! And check out my giveaway: a bird charm bracelet and courage tattoo – check out the book to find out what they have to do with the story! *grins* Open to international! Good luck! 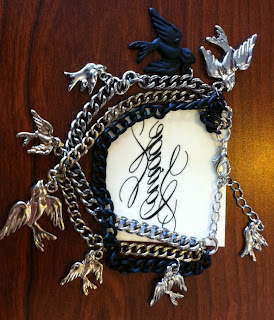 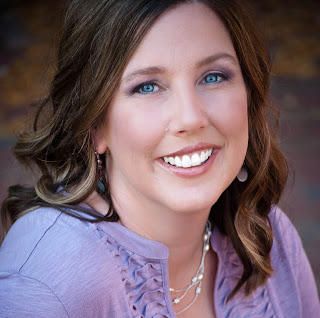 Laura is the New York Times and USA Today bestselling author of nearly a dozen books in contemporary and paranormal romance. Growing up, Laura’s large extended family believed in the supernatural, and family lore involving angels, ghosts, and evil-eye curses cemented in Laura a life-long fascination with storytelling and all things paranormal. A published non-fiction author, Laura’s work as an historian and training as an archaeologist help her create vivid and accurate portrayals of other times and places. She lives in Maryland with her husband, two daughters, and cute-but-bad dog, and appreciates her view of the Chesapeake Bay every day.
Posted by Tee at 11/21/2012 01:26:00 AM

Loved the interview, fantastic review!
I am also a fan of Laura's work, can't wait to read One Night with a Hero - I'm saving it for when the kids are away and I get some uninterrupted reading time :)

Great interview Laura and I LOVED => ONE NIGHT WITH A HERO.

Thanks for kicking off the comments, guys! And so glad you liked the book, Sandy! xo!

@Victoria - You rock! Thank you!

Love this, =) the blurb, the interview and i can´t wait for my chance to read!
Happy Thanksgiving!
//Linda

Very beautiful interview! One Night with a Hero sounds really good.
Thank you for the giveaway!