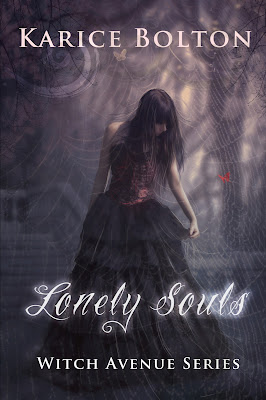 Lonely Souls:
It's two weeks before Triss turns 18, and her world is about to change into the most magical one imaginable as she readies herself to enter The Witch Avenue Order... that is until her mother's disappearance. Instead of celebrating her transformation, she finds herself spreading rose petals into her mother's empty grave.

When Logan, her best friend from junior high, moves back to town for college, he vows to help her find the answers she so desperately seeks surrounding her mother's disappearance. As they begin uncovering clues, it becomes apparent that the life of white magic they both grew up loving is not what the majority practices, and their lives are in danger.

With a haunting feeling that her mother may still be alive, she begins to hear a call to the wilderness. Triss realizes that in order to find the answers she needs, she must learn the ways of her ancestors and become the hunter, not the hunted before it's too late, and she becomes part of the lonely souls. 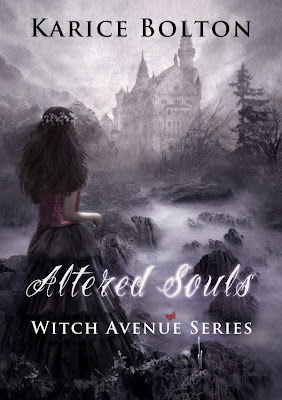 Altered Souls:
The realm of Altered Souls brings nothing but unrest, deceit, and pain forcing Triss to come face to face with heartbreak from her past.

Facing a betrayal like never before, Triss questions everything she thought she knew about her family, coven, and abilities.

With the help of Logan, she embarks on a journey enabling her to confront the dark side of magic and the person who controls it. Realizing Triss’s ancestors have been seduced for centuries by the dark side, Triss and Logan must ensure no more in their world fall victim to the realm of Altered Souls, even if that means ending the ones they love. 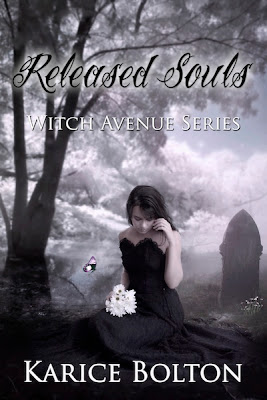 Triss and Logan’s love is becoming stronger by the day as they harness the powers between them, but will that make them blind to the evil they’re facing?

After uncovering startling information about her family, Triss is determined to right the wrongs of her ancestors. Triss and Logan uncover who has infiltrated the covens across the globe, and they realize the plans of the dark side are far more sinister than they’d ever imagined.

As the power of this hidden world is exposed, Triss learns her role in the covens. With Logan, Dace and Bakula’s assistance, Triss is now able to fully realize the abilities her ancestors have given her.

It won’t be long until the dark forces regain their strength, especially as their leader, Eben, continues his quest for a power that can never be revoked. Triss must stop him before it is too late.

Released Souls really tore at my heart. I really love Logan and Triss together and how their journey has taken so many places and they have learned so many things. Together they are a powerful couple learning how to handle things that are thrown Triss's way. They both have grown so much from Lonely Souls and I love this series. I have a bad feeling I am gong to cry like a big ole baby when the series comes to an end. I have watched Triss lose everything to gain Logan and he has never left her side and has helped her through the roughest part of her life. They say out of tragedy comes love and that is so true with these two. I love this couple so much!

Triss and Logan's love has gotten stronger and together they are a force to be reckoned. Their powers together have increased and they feed off of each other. Their positive vibes makes their powers stronger by the day. But as all good things their is evil lurking in the dark waiting to destroy what Logan and Triss are trying to do. Then Triss and Logan discover that Triss has some family secrets and when they discover them Triss has to figure out what to do with them. But between her and Logan they will always do right by fighting the evil that is determined to hurt them and other covens.

Triss and Logan have finally figured out who is infiltrating the covens and when you find out who it is you may just be surprised like I was. They find out that the darkness has some plans for them and the other covens and Triss and Logan will have to fight the evil to save everyone. Then Triss finds out that Eben has his own plans and what he has planned is not good at all. What will Logan, Triss, Dace, and Bakula do to keep the covens safe? About the Author:
Karice married the love of her life who she met in high school, and she still can't get over how cute and funny he is. They have two English Bulldogs that are the sweetest bullies in the world, and they use their cuteness to get what they want. Karice loves the snow and gravitates towards the stuff as often as possible! She enjoys skiing and tries really hard to snowboard, but often makes a nice little area to sit while everyone zips by on their board. She enjoys writing, and she also loves to read just about anything with print.

These sound good! I'm loving the covers greatly too. :) Thank you.