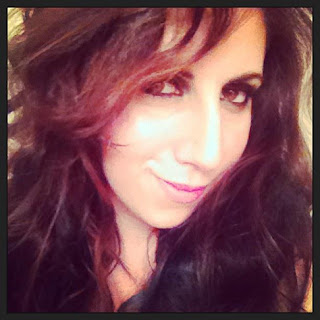 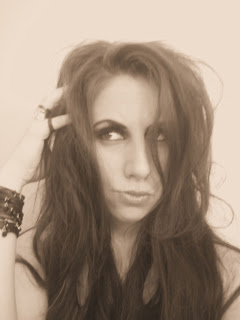 ABOUT THE AUTHOR:
Born and raised in Michigan, Andrea has always been a writer at heart. Over the last decade she has written, starred and directed in many screenplays. A few years ago she decided to venture back into writing novels. "I haven't looked back since," giving her work her full attention. "I am very excited to share the worlds I create, with all of you dreamers." 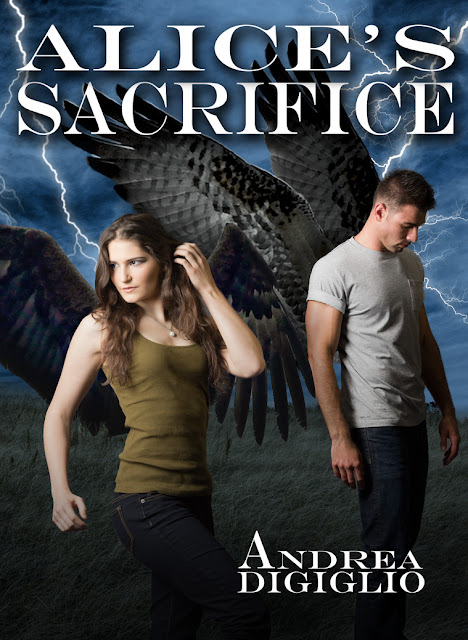 After the fight of a lifetime, Alice and Cole return home to live a life they were never meant to live. Fallen Angel fathers choose to stay, protect and get to know their nephilim children. Now that everyone knows where to find Alice, the real question is who is that information pertinent to? One single traumatic event sets Alice's true destiny into motion. How each of those she cares for reacts to this event; has enormous consequences for her.

What will Alice have to sacrifice and for whom?

The breeze caressed Alice’s face from the open window as they flew through the winding roads that led them back to their home. She felt Cole’s hand clutch hers, loosening only to brush his fingers gently along her arm. They had won this unfathomable fight against God’s Angels for now, but for how long, only time would tell. She felt him lift her hand to his mouth, giving it a tender kiss before returning it to her lap.

“How is your back?” Cole asked.

“Sore. I knew it would be painful, but this is more than I could ever have imagined.” She flinched slightly from the memory of her new-found wings collapsing into her back. “I’m sure it’s worse than child birth.”

He chuckled, “Well, that is something I will never be able to know.” His laugh faded as they made eye contact.

Alice twisted uncomfortably, having never really considered having children herself. She sat torturing herself, conflicted between comparing whether she even wanted to have kids and how much worse she’d feel if he did.

“I think that is something we can talk about down the road. We’ve had quite a night,” he said.

He was right. The last few months had changed her life in every way possible. She now knew what real love was every time she looked into his beautiful amber eyes as they reached deep into her soul. She had finally known the truth of why such bizarre things had happened to her in her life when she met her biological Fallen Angel father, Penemue, or Paul, as she liked to call him. It was then she was brought face to face with her destiny. The topic of children was not something she was even remotely up for talking about, though a part of her couldn’t help imagining what their children would be like. She leaned over to rest her head on Cole’s shoulder. As she did, he lifted his arm, holding her tightly to his chest. We really did make it, she thought. He kissed the top of her head, Yes we did, he said. She would never tire of hearing his voice in her head or knowing he could hear her voice in his.

After arriving home she looked back at the flood of cars that trailed behind them, letting a smile crawl up her face. Everyone was camped outside around a victorious campfire except Cole and Alice, who had excused themselves and ventured back to their home to shower and relax. The overwhelming emotions that had run through her were gone and all that was left was adrenaline and passion. Cole barely shut the door behind them when she jumped into his arms and pressed her lips to his, slamming his back into the door. He wrapped his arms tighter around her, returning her kiss with the same raw passion. She needed this, and she knew he did too.

“This should be easier,” Alice said glaring.

“It will be, at least between the two of you. Try again.” Sariel directed.

“Coffee, really, Alice?” Sariel asked. “Maybe you should try something more - intimate. It might give you the motivation to keep it between the two of you.”

I hate this. Okay, I want you to… Sariel flinched in preparation for something he did not want to hear. She paused, took a deep breath, and the world ceased for a moment as she focused in on Cole’s heartbeat. She exhaled and tried again. I want you to kiss me and carry me to our room and make love to me. She watched the look on Cole’s face change from amusement to hunger. Sariel cringed slightly. “Damn it, it didn’t work.” She rubbed her temples in frustration.

“Alice, it did in fact work. I did not hear what you said, and I can assume by the lust in Cole’s eyes that you took my advice.” He laughed at Cole’s awkwardness. “Cole, dare I test you?”

I’m going to kiss every inch of your body until you can no longer stand. She felt her breath catch in her throat. She watched him grin triumphantly when he saw from the corner of his eyes that Sariel had not heard him. He stared deeply into her eyes. She almost blushed from the intensity of the entire thing; he had never spoken to her like that.

“Alright you two, keep practicing. I think we are done for now,” Sariel said.

Without another word, Cole lifted her into his arms and carried her towards the house. She laughed and fought to get down, Cole! He joined her laughter and set her down. Arm in arm they entered the house and ran up the stairs into their bedroom.

Barely through the door, Cole pounced on her, and they nearly missed landing on the bed. A normal girl might be frightened by his aggressiveness, but she was far from normal, and she was enjoying every second of it. She wrapped her legs around his waist and rolled them until his back hit the floor with a thud and she was straddling him. She was enjoying her strength, and so was he. She pulled away from him to remove her shirt. He reached up and pulled her ferociously back into him. Hunger for him was taking over all of her senses and she let it, willingly.
Posted by Tee at 3/29/2013 05:51:00 AM