ATOMR Presents A Promo For Aftermath by Jenna-Lynne Duncan 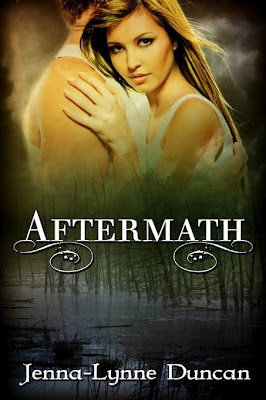 Adriana can’t decide which is harder— living in post-Katrina New Orleans or living with two immortal brothers. Ana and Hayden are finally together but Hayden’s brother Luke is trying to come between them… and he’s never been known to play fair. While Ana still attempts to cling to her normal life, psychic visions take over her dreams. With Mardi Gras season approaching and a vision of a murder, Ana will find out if she can really change the future or if she’s just upsetting a very delicate balance. What she could never predict was just how far Luke would go to satisfy his obsession…

As I went to follow them, Luke stopped me. I stared at his hand curled around my arm, acutely aware of his touch.

When I looked up at him, his eyes became stormy. He licked his lips and then bent down to whisper in my ear. The heat of his breath tickled the sensitive area of my neck as he whispered, “ You can’t expect me to play nice, when you wear something like that. I’m afraid I simply won’t be able to keep my hands off of you.”

My jaw dropped open. His words appalled me—and at the same time excited me.

I recovered my composure. “You'd better keep your hands off me, unless you want me to break your fingers.” I gave him my best menacing smile. Where was this side of me coming from? Strangely, I knew.

“Ohh,” his chest rumbled with laughter. “Is that a threat or a promise?”

“Both.” I snapped as he slowly made his way around to my other ear. This had to stop.

“I look forward to any time where you touch me.” He had circled me, like he was a vulture and I was his prey.

“We’ll talk more of what I am later, love. Right now, your friends are waiting.” At his last words, he left me there in the hallway, weak-kneed and boiling with anger.

“No, we will not talk about this later!” I called after him, but it was too late, I had already heard the door to the garage open. And he'd had the last word. 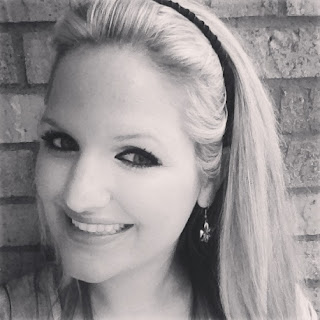 Jenna-Lynne Duncan graduated from the University of St. Thomas with degrees in Political Science, International Studies and Middle Eastern Studies. She is the author of the popular young adult series Hurricane. She is currently working on a fourth Hurricane novel as well as another YA series. Besides writing, Jenna-Lynne likes children and travelling. Preferably together.

To know more about Jenna-Lynne, please visit her website at www.Jenna-Lynne.com

“Forget it, Ana. Just tell me then that there is no hope and I will leave you alone.”

Silence was thick as I tried to drag a coherent thought from my brain.

“For someone who talks a lot, you’re sure quiet now. All you have to do is tell me that there is no hope that we will ever be together and I will be out of your life. I’ll stop trying to ‘woo’ you or whatever the hell you said I was doing.”

“You can’t?” He asked with wrathful incredulity. “It’s easy. If you can’t even tell me there is no hope, then there must be a part of you that wants to be with me.”

Event Giveaway:
Hurricane gift basket which will include a signed copy of Hurricane, a signed copy of Aftermath, an eBook copy of Tempest, a fleur de lis necklace, a love potion necklace, Aftermath book charms, Hurricane book mark, Cafe Du Monde beignet mix, and a mardi grad mask! – US Only
a Rafflecopter giveaway

The excerpts sounded good. I haven't heard of this series before.

On a side note I never even knew you could be a Cafe Du Monde beignet mix. I need to have this in my life!