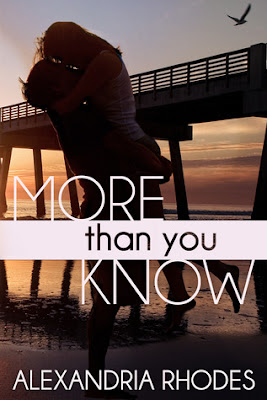 After surviving a devastating car accident that took her father's life, Bryn Woods feels like she has nothing left in her hometown of Savannah, GA. Along with losing her father, her boyfriend, Tyler, unexpectedly leaves town the same time of the accident. Feeling alone, broken and confused, Bryn leaves Savannah for college in New York City to escape her heartbreak.

Four years later, Bryn returns to Savannah to live in her childhood home. Slowly, she begins to let the people of her past back into her life. She lets the protective walls she's built to protect herself crash down around her. As she begins to find love again with Tyler, secrets start to unravel themselves about his past. Tyler has secrets of his own. Secrets connected to the death of Bryn's father. Secrets Tyler didn't even know he kept.

More Than You Know is a rare gem of a book. I am so glad the book went on tour because I would have never heard of this book and that is just a tragedy because Alexandria is a great writer and the story she brings has so much to it. She brings loss, love and redemption. I read this book in six hours because I could not put it down. I was so into Bryn and Tyler's world that at the end I cried because it is such a heart wrenching story.

Bryn Woods has it all. She has her father and her boyfriend and friends. She is about to go to college in New York and fulfill her dreams until one day everything is shattered. Her father is killed in a horrible accident. Bryn is completely devastated and to add hot coals to the already blazing fire her boyfriend Tyler disappears from her life when she needs him most. Shocked and not having anything else to do she moves to New York and goes to college. For four years she has kept her heart closed off and not letting anyone get close to her because she still feels the pain of losing the two people that meant the world to her.

It is four years later and Bryn returns to her family home to build a new life. Fresh out of college with a degree she is willing to start over again. Just as she is getting settled in she sees Tyler again. She has nothing to say to the guy who broke her heart and stomped on it but Tyler wants to talk to her he wants to explain what went on. But the thing is Tyler is keeping secrets and secrets from his past will come to the forefront and he will have to tell Bryn the truth. He knows something about her fathers accident and she is about to find out the truth as well. But Bryn and Tyler will also find out secrets Tyler never knew either so together they will have to face the ugly past.

Will Bryn forgive Tyler and take him back? What will Tyler do when he finds out his secrets? This is a must read for the beach or on the train on the bus anywhere because it is a story that needs to be read! 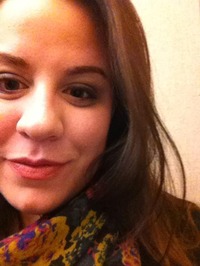 Alexandria Rhodes is a first time novelist from the good old state of Ohio. She is a recent college graduate with a degree in English and Creative Writing. Alexandria has always known she needed to write and has been doing so ever since she bought a typewriter at a garage sale when she was nine. With hundreds of pages of plot ideas, scripts and character descriptions, it is no surprise that she finally came around to writing a book.

Alexandria enjoys reading, writing, reviewing, spending time with family, tweeting (a little too much) and traveling, especially to Savannah, GA and New York City. Her writing is heavily influenced by her surroundings and the people in her life. She hopes that her stories will touch the hearts of her readers. 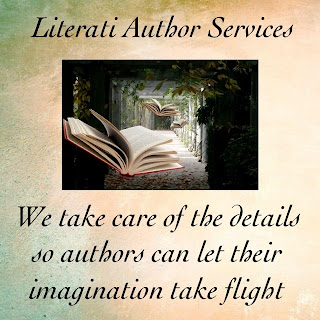