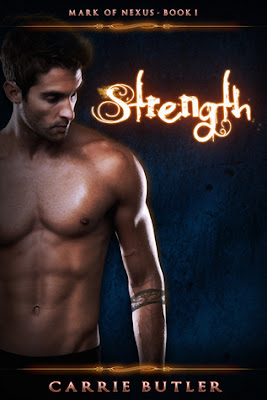 Too curious for her own good, Rena vows to uncover the truth behind Wallace’s madman reputation--and how two seconds of contact had left her with bruises. Of course, there are a few setbacks along the way: guilt, admiration, feelings of the warm and fuzzy variety…

Not to mention the unwanted attention of Wallace's powerful, supernaturally-gifted family.

They’re a bloodline divided by opposing ideals, two soon-to-be warring factions that live in secret among us. When Rena ends up caught in their crossfire, Wallace has no choice but to save her by using his powers. Now they’re really in trouble. With war on the horizon and Rena’s life in the balance, he needs to put some distance between them. But Rena won’t let go. If fighting is what it takes to prove her own strength and keep Wallace in her life, then that’s what she’ll do--even if it means risking a whole lot more than her heart.

My Review
5 of 5 Strength
First can I just say that this series is going to take the NA New Adult genre by STORM! This story had the elements I love about a supernatural world. The flow of the story was so incredible that I could not put the book down once I started reading it. I first came across the book doing the cover reveal and then it was released on my son's birthday. I was so excited to be a part of this tour because the book cover SCREAMS red me and the blurb had me hooked on he screams at night.

Rena is your average college girl. She is loving school and her classes and friends. Then one day she is not paying attention and runs right into the schools mysterious bad boy Wallace AKA Wall. He is all muscles and all sorts of yummies to the tummie! At first Rena is like OMG because she has heard all the rumors surrounding Wall but as she gets to know him she is intrigued by him because he is nothing like what they say he is. He is kind and sweet and protective of Rena. She can't understand why he spends his time alone because he is everything she wants in a man and more. But Wall is the way he is for a reason and Rena will soon find out.

Wall just wants to be left alone to go to school and try and have a normal life. But you can't have a normal life when you have the gifts or curse how ever you look at it that Wall does. SO when he and Rena start to get close he knows it is a bad idea but he can't seem to pull away. Then his family comes meddling and Wall has no choice but to save and protect Rena from them. A storm is brewing within Wall's family and a battle is eminent and Rena is caught in the middle of it. What will Wall do to save Rena and will Rena sacrifice to be with Wall?

This is a must read book! If you love supernatural and swoon then this is the book to read! I need book two like ASAP!!!!!!!!!!! 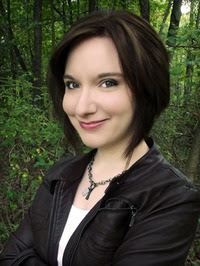 Follow The Tour For Some Awesome Prizes and Book Reviews:
http://www.xpressobooktours.com/2013/01/tour-sign-up-strength-by-carrie-butler.html

Yay so happy you enjoyed it! Sounds like a great book with fab characters which is awesome! <3

Great review. I loved this book to.