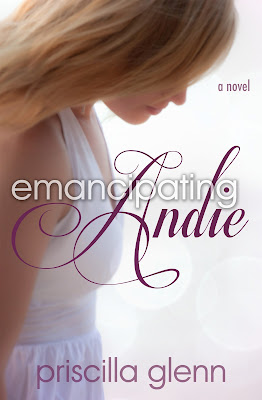 Ever since the one time Andie Weber threw caution to the wind - and paid the price for it - she’s learned that it’s safer and smarter to live life playing by the rules. Now she’s got a great apartment, a steady job, and a wonderful boyfriend in Colin; he’s sweet, stable, and essentially perfect – except maybe for the fact that his best friend is Chase.

Chase McGuire lives his carefree, unstructured life strictly for himself. Dripping sarcasm and oozing wit, he refuses to censor his feelings or opinions for anyone, making no apologies for either and wearing his abrasiveness like a badge of honor. No one has ever gotten under Andie’s skin the way Chase does – and vice versa.

So when Andie and Chase find themselves forced to take a two-day road trip together, they are already dreading an inevitable all-out war. But as the trip progresses, and the undeniable friction that has always defined their relationship slowly begins to wear away their preconceived notions of each other, Andie and Chase discover they both have a lot to learn about life, courage, happiness, and the age-old battle between logic and love.

Back when I was in the early stages of writing Emancipating Andie, I was having a conversation with one of my non-author friends about how the first few chapters of a novel always take me the longest to write. When she asked me why, I said, “Because I don’t know the characters yet.” I remember how thrown she was by that answer. “I don’t get it. How are you writing about them, then? Don’t you plan all that out ahead of time?”

The truth is, I don’t. I don’t know if this is how all authors work, but for me, when I begin a story, it is with a very basic concept. A general idea of who my characters are and what’s going to happen to them. When I began Emancipating Andie, I knew that Andie was uptight and a “rule-follower.” I knew that Chase was fun, snarky, and a bit of an a-hole. I knew that they were going to be forced to co-exist with each other, and that when they were together, sparks would fly (both good and bad). And that was it. I didn’t know why she was so uptight. I didn’t know why Chase was rough around the edges. Not until I put them in that car and they started talking to each other and letting their guards down.

It’s somewhat difficult to explain, and I’m sure it makes me sound a bit crazy, but there are these moments when I’m writing, these little epiphanies, where the characters reveal themselves to me. I will be writing a scene, and suddenly I just know that “he would say this” or “she would do that,” and I think, “Of course!” The more that happens, the closer I become to them, and the easier it is to write them. As it turns out, Andie is actually funny and brave. And Chase? He’s talented and extremely profound. I didn’t know that about them when I started.

So I hope the ride you take as a reader is similar to the one I took as an author. I hope you’re eager to learn about Andie and Chase, that you’re pleased/surprised/thrilled/swooning as they start revealing themselves to you, and that by the end of their story, you love them as much as I do.

About the Author:
Priscilla Glenn lives in New York with her husband and three children. She has been teaching English Language Arts at the middle and high school levels for the past eleven years while moonlighting as a writer, mommy, coach, student, and professional laundry-doer.

If you catch her when she's feeling sophisticated, she'll tell you her favorite things are great books and good wine. In the moments in between, she'll admit her love for anything Ben and Jerry's, UFC fights, and Robert Pattinson.

Emancipating Andie is Glenn’s second novel. She is also the author of the contemporary romance/young adult crossover, Back to You.

Love the cover, it is very soft.