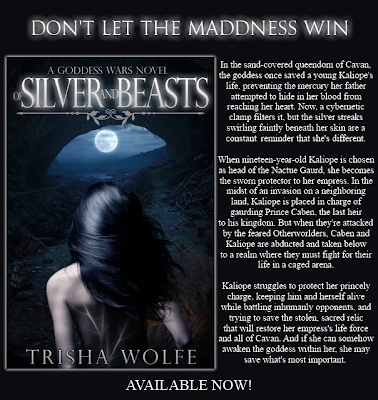 “What’s your rank, baby blue eyes?” the guy asks, pushing off his cot and stalking toward the prince. Everything in me screams to act, but I don’t want to declare alliances this early on. Not without understanding the dynamic of placements and bonds already formed among these people. But I’ll not let this hulk of a man harm the prince. I brace my heel against the wall, ready to push off and lunge.

Prince Caben rises to his feet, slowly turning to face him. He straightens his spine, squaring his shoulders. “I don’t have one. And my name is Payne. Not ‘baby blue eyes’, meathead.” Big guy laughs, his husky voice bounces off the rock walls. “I’m Crew”—he beats his chest hard once, like a barbarian—“and I’ve won three fights. I’ll win the next two and be the one awarded the freedom ring.” He leans down toward Prince Caben, leveling their faces. “So don’t even think about you or your princess over there walking out of here. I’m ranked as a Colossal.

The strongest Colossal in Bax’s league.” Princess? I nearly scoff. Then I realize what the problem with Crew is: he feels threatened by Prince Caben. That revelation almost makes me laugh out right. What does a big stack of muscles like Crew have to fear from the prince? The other prisons slowly circle around the stand-off in the center of the cell. Tension thickens the musty air. It coils around my spine, tightening my muscles. If I allow the fight to continue without interruption, will the guards stop it?

They’d want their fighters in pristine shape, wouldn’t they? Prince Caben doesn’t back away from Crew. Instead, he moves into his space. I roll my eyes. Stupid, conceited man. “Freedom ring?” the prince questions. “As in, there’s a chance to leave?” He rubs his chin, and I notice the dark shadow of facial hair that has darkened his features overnight. “Is there a season that has to be won, or can someone gain five wins during their entire imprisonment?” Crew’s eyebrows pinch together. He’s clearly despondent that he hasn’t succeeded in intimidating the prince.

“We’re in a season right now, you weakling. If you don’t win—you’re dead. Which by the looks of you, will happen in your first match.” Prince Caben nods, as if he’s simply piecing together a jigsaw puzzle and not being told of his demise. “What is the cuff for?” He points to the iron clamp around Crew’s wrist. “It’s our biometric monitor.” Crew shoves the cuff up close to the prince’s face. “See those three blue lights? Those are my wins. When the fifth lights up, I’m outta’ here.” “Has anyone ever won the freedom ring before?” Prince Caben asks. Crew’s massive arms tremble. “No,” he grinds out. “But I will.” He cocks his cuffed hand back, then sends a blow to Prince Caben’s chin.

Hell. I’m up and racing across the cell before the prince hits the ground. Crew spots me from his peripheral. He turns and swipes the air. I duck, roll, and come up behind him. I jump on the cot and leap onto his back. “You squirrely little ...” he mumbles, trying to reach over his shoulders to get a hold on me. Tightening my arms around his thick neck, I squeeze. He gasps for air, and rams my back into the wall. I wheeze as the air whooshes from my lungs, pain splintering through my already bruised chest. But I hold tight, bearing down harder, and cut off his supply of oxygen. Finally, I feel Crew weaken beneath my hold. He drops to his knees, and I only release him once I’m sure he’s knocked out. Stepping around the now limp Crew, I glance at all the wide eyes studying me, and meet the prince’s.

Fury ignites his stormy blue irises. He picks himself off the floor and heads toward one of the side chambers, throwing the tattered material aside as he stalks inside. I follow after him. When I step inside the tiny, dank room, my eyes trail Prince Caben as he paces. He reaches each side of the small chamber with three quick strides. Back and forth. On his third round, I open my mouth and get out a single syllable before he holds up a hand, halting me. He drives his hand through his dark hair. “Thank you for making me look like a spineless jerk.” He shakes his head and faces me.

Taken aback, I say, “This is my duty to protect—” “No. In your country it was your duty to guard me. In my world and here”—he opens his arms wide—“a man fights his own battles. He does not depend on a woman to fight them for him. You just disgraced me.” Fire simmers in my core. “I’m still assigned as your protector no matter what realm we inhabit, Your High—” I stop myself before addressing him by title out of habit. “Your pride is polluting your reasoning.” He laughs. “Yes, well. Thanks to your show out there, I no longer have my pride to worry about.” 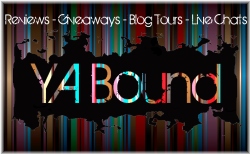