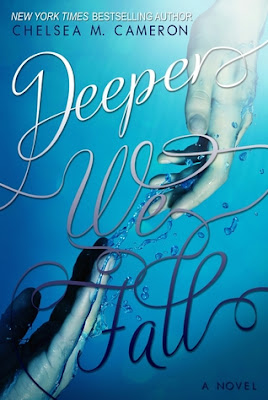 Synopsis:
Two years after her best friend was involved in a car accident that caused a traumatic brain injury, Lottie Anders is ready to start her freshman year of college. Ready to move on. Ready to start forgetting the night that ripped her life apart.

Her plans come to a screeching halt when not one, but both brothers responsible for the accident end up back in her life again.

Zack is cruel, selfish and constantly rubbing what happened to her friend in Lottie's face.

Zan is different. He listens to her awkward ramblings. He loves "To Kill a Mockingbird" as much as she does, and his dark eyes are irresistible. His words are few and far between, but when he does speak, she can't help but listen.

The trouble is, Zan was the driver in the accident, and now Lottie's discovered he lied to her about what happened that night. Now she must decide if trusting him again will lead to real forgiveness, or deeper heartache.

5 of Deeper We Fall

Deeper We Fall is one of those stories that will stick with you for a long time. It is a story filled with lies, secrets, loss and unexpected love. When I read the blurb for the book back in December I knew it was going to be a must read for me because who doesn't love a book where the main characters come together after one has caused a tragic accident.What would you do if your best was in a bad accident that left her with a traumatic injury? Could you leave your best friend behind for college or would you stay with her?

Lottie Anders is so ready to start her life over. She needs a fresh start from the nightmare she has been living for two years. See her best friend was in a horrible car accident and she suffered a traumatic injury and Lottie has lived with that for two years. She needs a fresh start and she has decided that she and her twin brother are going to go away for college and start something fresh and exciting. But life has a funny way of throwing curve balls and causing you to do other things.

When Lottie and her brother get to the college Lottie runs into the two people she thought she would never have to see again. The brothers who caused the accident her best friend was in. The two brothers are starting at the same college as Lottie and she is not sure what to make of it because she wanted a fresh start but it looks like she will not be getting that. Zack is the cruel bad boy brother who does what he wants when he wants. He is tormenting Lottie with what happened to her best friend Lexie and all Lottie wants to do is get away from him. He loves making her sad and taunting her about what happened that night of the accident. On the other hand Zan is the quieter more respectable brother. He loves to read and he listens to Lottie's ramblings. But there is one slight problem and that is Zan was driving the car. Can Lottie get passed this or will she walk away from Zan the boy she is falling in love with? Is it wrong to love him? What will she do when she finds out Zan's secrets? Will she run or will she stay?

This is an emotional must read but a must read none the less. Pick it up on amazon for .99 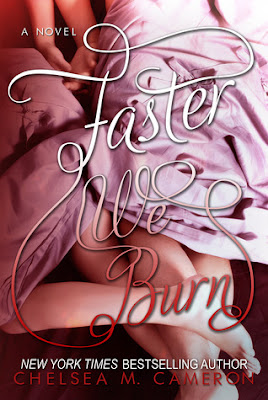 Synopsis:
The last thing Katie Hallman needs is another guy in her life, but Stryker Grant is there anyway. What starts out as just an escape from her previous relationship disaster soon turns into something more. Stryker gets under her skin the way no one has before, and soon she realizes she can't shake him, even if she wanted to. But is Katie ready to trust her already-battered heart to the guy who could shatter it into a million pieces?

Faster We Burn is another amazing story by Chelsea. Lord I was hooked right from the first page to the end and I did not want their story to end. We first meet Stryker and Katie in Deeper We Fall. Katie is Lottie's roommate at college and Stryker is Zan's best friend. Lord these two are the polar opposite from one another but when they come together they fit like hand and glove.

Katie is your all american girl who is living the college life. She has it all grades, good looks, and a great boyfriend. On the outside she has it all but on the inside she is dying because her relationship with her great boyfriend is anything but great. He abuses and controls her and she keeps that from everyone until she has had enough and she leaves him. She swears off guys and decides he will do the one night stand thing and not get emotionally attached. Then she meets Stryker and her world changes and she is not sure what happened or why but she is going with the flow.

Stryker is a bad boy with a great soft heart. He has tatts for days and he is a musician but there is something about Katie that tugs on his heart. So when she suggests they sleep together with no strings attached he agrees. Only as they get closer to one another something else is happening to them and they are trying like hell to fight it. Stryker only loves one person in his life and that is his sister and he is not sure if he can love Katie the way she deserves but the heart knows what it wants and it wants Katie and Stryker together.

So when something devastating happens to Katie and she runs to the one person she can trust Stryker is there for her with open arms. Will Katie open her heart up to him and give it to him freely or will they both pull away and stay friends with benefits? 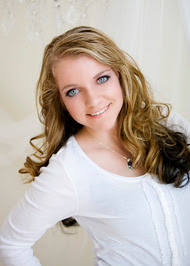 AUTHOR BIO:
Chelsea M. Cameron
Chelsea M. Cameron is a YA/NA New York Times and USA Today Best-Selling author from Maine. Lover of things random and ridiculous, Jane Austen/Charlotte and Emily Bronte Fangirl, red velvet cake enthusiast, obsessive tea drinker, vegetarian, former cheerleader and world's worst video gamer. When not writing, she enjoys watching infomercials, singing in the car and tweeting. She has a degree in journalism from the University of Maine, Orono that she promptly abandoned to write about the people in her own head. More often than not, these people turn out to be just as weird as she is.

Yay so happy you loved it! Thanks for being on the tour, muffin!

It is hard for me to read books with traumatic brain injuries as both my hubby and oldest son experienced it and have different lingering issues but somehow I seem to read them. Thanks

A touching premise. Thanks for posting it.