Xpresso Presents A Book Blitz For Going Under by S. Walden 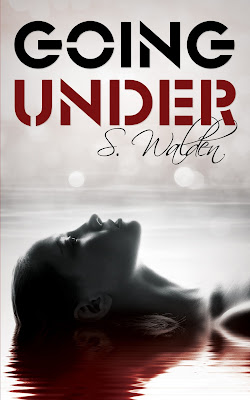 Synopsis:
Brooke Wright has only two goals her senior year at Charity Run High School: stay out of trouble and learn to forgive herself for the past. Forgiveness proves elusive, and trouble finds her anyway when she discovers a secret club at school connected to the death of her best friend. She learns that swim team members participate in a “Fantasy Slut League,” scoring points for their sexual acts with unsuspecting girls.

Brooke, wracked with guilt over her friend’s death, decides to infiltrate the league by becoming one of the “unsuspecting girls,” and exact revenge on the boys who stole away her best friend. An unexpected romance complicates her plans, and her dogged pursuit of justice turns her reckless as she underestimates just how far the boys will go to keep their sex club a secret.

(This is a New Adult fiction book with mature themes. It contains graphic sex and language and a description of sexual violence.)

Guest Post:
The Genre Dilemma:
I have no idea what types of books I write, so I file them under genres like “Mature YA” and “New Adult.” I don’t even really understand these genres (and I suspect no one else does either), but they sound good. And I know they have something to do with older teens and people in their twenties. And they usually include some bad language and risqué situations/themes. So I guess my stories sort of fit, like shoving a size 8 foot into a size 6 shoe.

The problem? I write about ultra mature/ultra taboo topics. And so far they’ve involved teenagers. So you have the “f” word. And you have teens. And you have something really taboo like rape. “F” word + teens + rape = NO GENRE. And I will not classify them as Adult fiction. I refuse because I truly believe they are not (but adults are more than welcome to read them, of course).

New Adult is by far the closest, but even that genre requires . . . oh, I don’t even know what you call it. Mild restraint? Or maybe it doesn’t. I don’t know. What I do know is that I’ve yet to come across a book about teenagers that just puts it all out there. Raw. In your face. Makes you completely uncomfortable. Maybe outraged. “This is a book for teens?! How dare she! She is an irresponsible woman! She’s sending the wrong message!” (Man, I’ll know I’ve made it when I get a review like that.)

I’m not going to lie and say it’s not frustrating being a genre-confused writer. I feel lost. I’m that sad kid on the playground wandering around by myself with my face turned up to the sky. “Where are my friends? My genres? Who am I?” It’s all very existential crisis when I haven’t the time for it. I need to be writing. And once I’m finished writing, I need to have a genre to put it in. 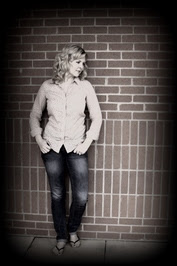 AUTHOR BIO:
S. Walden used to teach English before making the best decision of her life by becoming a full-time writer. She lives in Georgia with her very supportive husband who prefers physics textbooks over fiction and has a difficult time understanding why her characters must have personality flaws. She is wary of small children, so she has a Westie instead. Her dreams include raising chickens and owning and operating a beachside inn on the Gulf Coast (chickens included). When she's not writing, she's thinking about it.

She loves her fans and loves to hear from them. Email her at swaldenauthor@hotmail.com and follow her blog at http://swaldenauthor.blogspot.comwhere you can get up-to-date information on her current projects.

Thanks so much for helping me promote GOING UNDER. Your post is so pretty. I just love it! Hope you and your followers give the book a chance :)