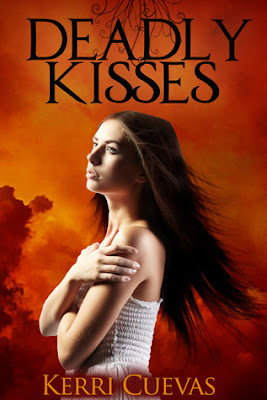 Synopsis:
Aiden Grant is seventeen, has a killer kiss, and a boss who used to be President, back in the old days. You see, Aiden is a grim reaper and his kiss welcomes the newly dead. But Aiden’s pleasant grim reaper lifestyle is in jeopardy. And it’s not only because Honest Abe keeps throwing out history lessons with reaping assignments, just to confuse him. It’s because Aiden’s next assignment is to reap the soul of Bee, the only girl he has ever loved.

When Aiden’s kiss of death fails, intertwining their souls, Bee is still very much alive and they are both in trouble. The ancients want Bee, who has special powers of her own, and they’ll do anything to get her.

Some rules are meant to be broken—even if that means Aiden must bargain with his own soul to save Bee. Who knew the afterlife could get so complicated?

Deadly Kisses was a great story. I just love paranormal stories with grim reapers. I have only read two other grim reaper stories and I loved them. This one took me by surprise with the twists and turns in it. Kerri can write a story like no one's business and how she unfolded the story had me at the edge of my seat.

Aiden Grant has a killer kiss. Yes you read right Aiden can kill anyone with his kiss. See he is a grim reaper and he reaps souls. He is dead as dead can get and he loves his job. The only thing missing is his secret crush who is so not dead but alive. Then Aiden gets the job of a lifetime until he finds out who he has to reap. When he is asked by his boss President Abe Lincoln to reap an important soul Aiden is excited until Abe tells him it is his secret crush Bee. Oh lord Aiden is like no way he can do it but he has to reap her soul because she is important to the higher ups and they want her soul.

When Aiden kisses Bee something happens and he and Bee are intertwined together and Aiden freaks out. Now Aiden has to figure out how to unentwine their souls and he has seven days to do so. But the only thing is Bee has powers of her own and when she fought back she and Aiden became one and she is not so sure what she wants from Aiden. Bee is not sure about her powers either so they are kinda stuck in a rock and a hard place and together they have to figure out what to do. Should they stay together or should they try and separate? Will Aiden give it all up to be with the one he loves? What would you do if you were Aiden? 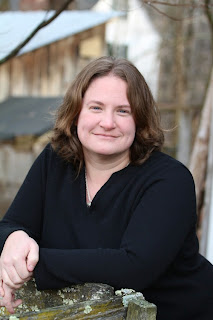 AUTHOR BIO:
Kerri Cuevas was born and raised in Rhode Island. She moved to New Hampshire with her husband, three kids, cats and a rabbit named Hercules in 2005. When she's not writing, she's chasing chickens on her small farm or searching for the ultimate mac-a-cheese recipe.

Kerri went to college for Early Childhood Education but now writes books for young adults full-time. Her storytelling stems from watching too many horror flicks as a teen, but she no longer needs to sleep with the lights on.

Thank you for your review, and being a part of the blog tour! I had so much fun writing this book, and readers like you make writing worthwhile.