For any young woman, it can be hard to follow the rules … especially when you’re falling in love.
But for Rachel, Hindy, and Leah, it’s especially hard. Because as Orthodox Jews, they live by a whole different set of rules. No touching a guy—any guy!—before marriage. No dating—unless they are considering marriage—and then, only marrying a man who rates high on their parents’ checklists.

All Rachel’s mother wants for her daughter is to see that her daughter marries well. Naturally, this is where the rich, Columbia University educated lawyer comes in. The problem is, Rachel’s already found a guy who makes her heart race. A Rabbi. But how could a struggling Rabbi possibly give Rachel the security her mother demands?

Hindy is very pious and only wants to marry a Talmud scholar. The problem is, she’s in love with an Orthodox Jewish guy she works with. How long can she keep saying no when her heart says yes? And will she be able to stick to her values amidst temptation?

Leah wants to be a doctor, but her mother insists she study computers even though she hates computers. Her mom, a struggling immigrant, has fixed ideas about the course to success and marriage—which doesn’t include any of Leah’s wishes. What will it take for Leah to break out of her mom’s—and community’s—expectations and follow her dreams?

In Brooklyn Love, three Orthodox Jewish women who are caught between crushing guilt of defying their mothers and their desire to be “normal” are there for each other as they try to figure out who they really are … and what they really want.

Brooklyn Love is an EPIC read for anyone who has even been in love or is looking for love. This story is about three girls who are Orthodox Jews and their parents expect them to marry in the Jewish ways. This book is such a breath of fresh air because it really pulls the strings of your heart. Love is supposed to be something we are supposed to feel and grow into not something that is planned and prepared for us like our next meal.

Rachel loves a Rabbi who is struggling. Rachel's mother has other ideas for her daughter as to who she is going to marry. Her mother wants her to marry a lawyer and just not any lawyer but he is Columbia University Educated. Rachel has no interest in him because she loves her Rabbi. What will Rachel do? Will she marry for love or will she marry for status and to make her mother happy?

Meet Hindy lord I loved this character because she was so dam funny. She loved her co-worker but refused to acknowledge her feelings for him. She always dreamed she would marry a Talmud Scholar and dang it she is going to try real hard to marry one. The only thing is love is really hard to fight and the more time she spends with her co-worker the harder it is to stay away from him and stick to her views she has held all her life. What will Hindy do? Will she give in to temptation? Will she stick to her views or will love conquer all?

Meet Leah poor poor Leah and her crazy mother. Lord I don't know how she did it. Her mother was an old school immigrant and stuck to the ways of the old world and she wanted the same for her daughter. Leah wanted to be a doctor and her mother wanted her to learn about computers. As the two clashed you could see that the old ways were all her mother knew and she was not bending. What is Leah to do? Will she struggle and defy her mother and become a doctor or will she live her life out like her mother wants her to?

Come along for the greatest love ride I have ever read. This book causes you to look at what love is and how far a person will go to have that love. 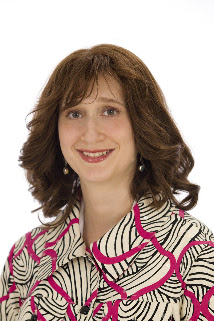 A freelance illustrator and journalist, Yael Levy has been published in numerous venues, including The Jerusalem Post during her three-year stay in Israel just east of the bustling capital city of Tel Aviv.

She holds a degree in Illustration from the Fashion Institute of Technology in New York City. But it’s the questioning journalist inside her that has launched a new career in writing literature. Her debut novelBrooklyn Love (Sept. 17, 2012, Crimson Romance) hones in on Levy’s interest in the underlying thoughts and expressions of the Orthodox Jewish culture.

A native New Yorker, Levy currently writes for The Times of Israel about her experiences as a Jewish mother now living in Atlanta. She is also studying for a Masters in Law at Emory University.