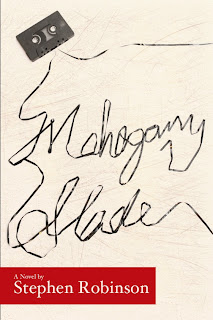 Beautiful, sophisticated, and unpredictable, Janet Tomalin represents every fantasy Brad Carlton grew up having -- and more than a few he never realized.

When they meet on their first day of college in Athens, Georgia, the stylish New Yorker completely upends the staid Southerner's ordered universe. They fall for each other intensely and completely. It's the all-consuming passion of a natural performer and her adoring audience.

There's just one problem: Mahogany Slade, the woman from Janet's not-so-distant past... and inescapable future. Janet knows once Brad meets the dangerous Miss Slade and learns the truth, their once-in-a-lifetime love is doomed.

Mahogany Slade is the romantic yet acerbic story of young people escaping themselves in a town where your identity is everything. It's as sweet as Janet finds Brad and as irresistible as he finds her.

The heart knows what the brain does not know. I say this because we are always loving with all our emotions and when we love we love hard. This is the case with Brad who is a freshmen in college and has fallen for Janet. Janet is a quirky girl and gives Brad a run for his money. Love is definitely blind when it comes to this couple.

School is hard enough especially being a freshmen far away from home and no one to really turn to. But Brad holds fast to what his heart is telling him. I love a story where the main character has a love interest and he either gives up or just accepts things as they come. Their friendship will be try and tested and their relationship will have it's up and downs but when the dust settles will their relationship be able to survive the strains of school and outside forces?

This is a must read! It had me on the edge of seat wondering where it was going to go. I had to see what their relationship would turn out to be. Brilliant story written by a brilliant author! 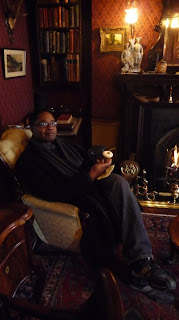 Stephen Robinson graduated from the University of Georgia in 1996. He has lived in many places but feels at home somewhere else. He’s written for newspapers and magazines. Mahogany Slade is his first work of fiction.

"Mahogany Slade," by Stephen Robinson, is about first love, that moment when your favorite songs suddenly make sense because they're now about someone else.

Post a note on the wall of the "Mahogany Slade" Facebook page (www.facebook.com/mahoganysladebook) telling us what song or movie will always remind you of your own Mahogany Slade... even if it's been years since you met.

The author will give a copy of "Mahogany Slade" to his 10 favorite posts.

Thanks for the kind words! Glad you enjoyed it.