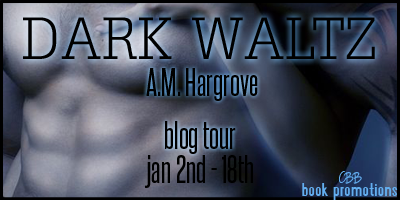 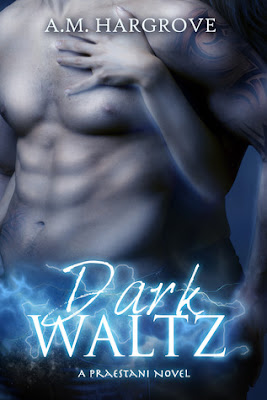 It’s the year 2030 and the human population has been annihilated by a virulent form of small pox. Liasare Davidson is desperately searching for her brother, who has been missing for three months. It’s been eighteen years since she was evacuated from Earth and she is horrified to see it’s become a cesspool of unimaginable things.

In her quest to find her brother, she meets Jurek, a powerful and enigmatic being that frightens her, yet she is unable to resist. When things begin to unfold between them, they both discover a paralyzing truth that puts Liasare at grave risk. She must make a choice to join Jurek and find her brother or fulfill a role she believes she is ill equipped to undertake.

Okay I have to say this because I am going to use some language that is not suitable for anyone under 18 years old. *** This is an adult and mature book***

HOLY SHIT THIS BOOK IS AMAZING SO SO AMAZING! ~Team Jurek all the way!

I have never ever read an alien book that was so HOT and COLD! Liasare is a woman on a mission. Her brother is missing and she is determined to do whatever she needs to to find him. For three months she has not heard from her brother and she will do anything to find him. She talks to his best friend and when she gets no answers from him she decides she will go to Earth and see what has happened to him.

One thing Liasare is nervous about is going back to earth because she has not been there in 18 years. 18 years ago she was evacuated from the Earth and has not been back since so when she realizes she has to go back down to Earth to check on her brother she is very scared. The Earth was wiped out by Small Pox and wiped out all of the humans so she is not sure what she will find.

Then she goes down to Earth and she meets the sexy but allusive man Jurek. Jurek is the only that can help her but after spending some time with him she is not sure he is the right guy. Jurek is a complete ass to her and there are times when she thinks about beating the hell out of him but she knows she needs him and he is the only one that can help her find her brother. As the time goes on Jurek and Liasare develop a fondness for each other but secrets and visions might come between them. Will they be able to find her brother? What will happen once they do find him? Will they remain on Earth? This is such a kick ass read that you will not be able to out it down!

Today I want to welcome a very special guest to A Diary Of A Book Addict. Today we have the wonderful author who is my favorite one because we have so MUCH in Common. Please welcome A.M. Hargrove The author of Dark Waltz. A.M. (tehehehe) thank you for joining us today and sharing with us your new book Dark Waltz. I have to say that when I started reading it I was locked in my bedroom with just me and the book and I could not put it down. Man you and I both know I LOVE ME A BAD BOY! I just love love love them so much!

So without further ado I am going to ask you some very crazy and serious questions….

What inspired you to write Dark Waltz?

Well, you know Jurek ;-) I introduced him in Determinant, one of my book in my YA/New Adult series. Anyway, he’s really complex with some serious issues...and very deep stuff going on in his history. His character was so compelling in Determinant, I felt like I had to explore him more and that’s when I decided to write Dark Waltz.

How did you come up with this world and did you do a lot of research?

I didn’t do any research because it all comes from my crazy convoluted mind. The setting is the year 2030 and the part that takes place on Earth is in Charlotte, NC. But the world as we know it doesn’t exist anymore. So I changed Charlotte into what I think it would be if a catastrophic disease would sweep across the planet and leave this place as a dystopia.

How did you create your lead female character Liasare?

In Determinant, we saw Jurek’s relationship with January. Neither of them understood why they had this connection. There was a reason and it was Liasare, January’s younger sister. This doesn’t become apparent until later in Dark Waltz.

How did you create my favorite alien bad a$ Jurek who is the leading male character?

That was super easy! Whenever I write a book, I look online to find a guy I want to model my MC after. For instance, I’m currently writing another book in my EDGE series and I’m using the Ralph Lauren Polo Blue guy as my model for my MC Justin. In Jurek’s case, I found this guy on Photobucket, and I fashioned his looks after that. Then for personality, I developed the tortured male. He has a troubled background...was never shown love as a child...something terrible happened to him long ago...just a bunch of things that have hardened him into the bad a$ he is now. So finding the real Jurek is like pulling back the layers of an onion.

I read a few reviews and most women love Jurek but not till the second half of the book because he is such a tool to Liasare. Can you tell us why he treated her that way at first?

(P.S. you know I love a rough and rugged man)

I think I answered this question in the last one. His issues really make him a major douche. As a writer, I made him do things I didn’t even like. And sending all those mixed signals to Liasare. But the thing is...there was that connection that neither of them could ignore or explain.

Why did Liasare take that crap from Jurek for so long?

Don’t forget...she tried to do that to him when she first met him. She was dead set on finding her brother. At all costs...even if if meant her life. So she decided as least with Jurek she would be safe from death. Yeah, she would have to deal with his a$hat behavior, but the exchange was getting Tommy back. And then again, there was that connection. He lit her up like a Christmas tree ;-)

What scares Jurek the most?

Right now...losing Liasare and he’s totally afraid he won’t be able to keep her safe.

What scares Liasare the most besides not finding her brother?

She afraid something will happen to Jurek. Those dreams...

Can you tell us three things about Liasare and Jurek we did not read about?

She actually got to the point where she liked it when she pissed him off because then he repented in some oh so nice ways!

Jurek was in love with her from day one, but didn’t quite know how to handle it.

If Liasare had found Tommy right away, she would’ve lied about it just to be close to Jurek.

Thanks so much for inviting me by Tee...it’s been great!

Thank you so much A.M. for stopping by and sharing my new love with us! Team Jurek all the way! I take the good with the bad J

One day, on her way home from work as a sales manager, A. M. Hargrove, realized her life was on fast forward and if she didn't do something soon, it would quickly be too late to write that work of fiction she had been dreaming of her whole life. So, she rolled down the passenger window of her fabulous (not) company car and tossed out her leather briefcase. Luckily, the pedestrian in the direct line of fire was a dodgeball pro and had über quick reflexes enabling him to avoid getting bashed in the head. Feeling a tad guilty about the near miss, A. M. made a speedy turn down a deserted side street before tossing her crummy, outdated piece-of-you-know-what lap top out the window. She breathed a liberating sigh of relief, picked up her cell phone and hit #4 on her speed dial.

"Hello."
"Boss, is that you?"
"Why yes, A. M., who else would be answering my phone?"
"Er... right. Well, I'm calling to let you know you can pick up my luxury Ford Focus at Starbucks near the interstate."
"Why ever would I want to do that?"
"Because I quit you idiot!"

A.M. hit the end button and speed dialed her husband.

"Hi hubs, can you pick me up at Starbucks?"
"Sure... Having some car trouble?"
"Not at all. I don't have a car to have trouble with because I just quit my job."
"WHAT?!"
"It's time for a new career and I am going to be a very famous novelist."

So began A. M. Hargrove's career as a young adult paranormal romance author of self-published ebooks. Her series, The Guardians of Vesturon, centers around a family of six siblings and is a mix of humor, mystery, suspense and of course, love. Survival is her first book in the series and her second, Resurrection will be released in January.
If you're wondering, it didn't happen EXACTLY that way, but....

Tee, thanks so much for featuring Dark Waltz and the giveaway on your amazing blog AND for being a part of the tour! And EEEEEEP!!!! Thanks for the 5***** Stars and the amazing review! That Jurek and his super mojo huh? ;-) *Doing the snoopy dance* Annie xx

Awesome review and interview! I'm so glad you liked it so much! I think most people have a bit of a love/relationship with Jurek that turns to just love by the end.
Thanks so much for hosting a tour stop!

I love a little alien and I like the hot and cold. It makes it more interesting.

Sounds good. Thanks for sharing!!

This looks like such a good book! I do enjoy a good alien story :)