Welcome to my stop on the Fire Prophet Blog Tour hosted by YA Bound. Click HERE to check out the rest of the blog tour schedule! 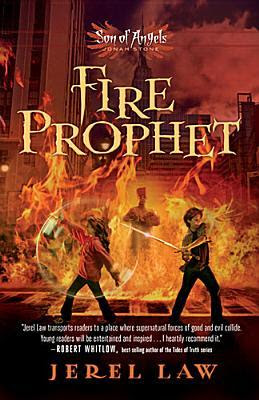 "Jerel Law transports readers to a place where supernatural forces of good and evil collide. Young readers will be entertained and inspired . . . I heartily recommend it." -Robert Whitlow, bestselling author of the Tides of Truth series

What if you could actually see angels and fallen angels engaging in battle-and you were expected to join the fight?

It's been one year since Jonah Stone and his sister, Eliza, discovered that their mother is a nephilim, the product of a union between a human and a fallen angel, which makes them and their little brother, Jeremiah, "quarterlings," or one-quarter angel. After embarking on an epic journey to rescue their mother and the other nephilim, who were kidnapped by fallen angels, the Stone kids have enjoyed a little peace and quiet.

But when Jonah and Eliza are attacked by fallen angels at school, they learn that quarterlings all over the world are being targeted, and separating them from their parents is the only way to keep them safe. The kids undergo special training to help them discover their own unique angelic gifts, which come in handy when they embark on a mission to find a mysterious prophet who they believe holds the key to Abaddon's defeat in a massive battle between good and evil.

Parents today are looking for fiction that makes Christianity and the Bible exciting for their kids. This series is the first Christian answer to Percy Jackson and the Olympians, the Kane Chronicles, the Secret Series, and other middle grade series packed with adventure, action, and supernatural fights. But the message is solidly scriptural in that God alone is always in control.

"Jerel Law has crafted a fantastic story that will leave every reader wanting more. Stop looking for the next great read in fantasy fiction for young readers-you've found it " -Robert Liparulo, bestselling author of Dreamhouse Kings and "The 13th Tribe"

First I have to say that Jerel writes these stories that absolutely draw you in and captures the attention of adults and children alike. When I read Spirit Fighter which is the first book it blew me away and I had my 11 year old son read it and he loved it. I have to say that is totally EPIC because he is in a stage in his life right now where he is hating to read so any book that captures him is a favorite book of mines because he will sit there and read it till he is finished. When he finished reading it he asked me when the second book was coming out so I looked it up and told him and he said mom I have to read it and so we read it together!

In Spirit Fighter we meet Jonah, Eliza, and Jeremiah Stone. They are siblings that have a happy life until someone kidnaps their mother. As they are planning on a way to get their mother back they find out she is a Nephilim which is a half human and half angel. They discover that they are what is called Quarterlings and they possess special abilities like their mother but not as strong because they are not full Angels or Nephilim.

In Fire Prophet the Stone Kids have had some time to relax after fighting to get their mother and other Nephilim back. They are at school enjoying a normal day when they are attacked by Fallen Angels. They fight back and when they get home they find out that the Fallen Angels have been attacking and will stop at nothing to destroy the Nephilim and the quarterlings. The Stone children know they have a huge battle on hand so they decide to seperate from their parents and train together to see what their abilities are and to get stronger so they can fight the evil.

As they are training they discover that their is a prophet who can help them defeat Abaddon. They will have to locate this prophet in order to defeat Abaddon. Can they find this Fire Prophet in time or will it be to late? Can the prophet help? Will he help knowing how the Fallen Angels will attack anyone? Come along for the second book in this series that will grip you right from the beginning and have you reading faster and faster to see if the Stone children can defeat the devil again! 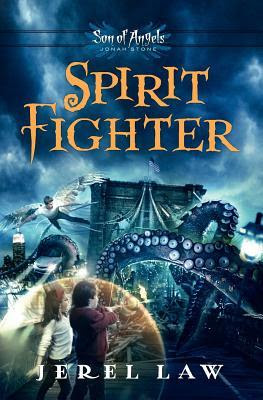 "In his exciting debut novel, Jerel Law transports readers to a place where supernatural forces of good and evil collide. Young readers will be entertained and inspired by "Spirit Fighter." I heartily recommend it." -Robert Whitlow, bestselling author of the Tides of Truth series

What if Nephilim-the children of angels and men-still walked the earth? And their very presence put the entire world in danger? In "Spirit Fighter," Jonah and Eliza Stone learn that their mother is a Nephilim and that they have special powers as quarter-angels. When their mom is kidnapped by fallen angels, they must use those powers to save her. Along the way, they discover that there is a very real and dangerous war going on between good and evil and that God has a big part for them to play in that war.

Parents today are looking for fiction that makes Christianity and the Bible exciting for their kids. This series is the Christian answer to "Percy Jackson and the Olympians, The Kane Chronicles, The Secret Series" and other middle-grade series packed with adventure, action, and supernatural fights. "Son of Angels, Jonah Stone" will be the first series in the market to explore this topic from a biblical perspective with content that is appropriate and exciting for middle-grade readers.

"Jerel Law has crafted a fantastic story that will leave every reader wanting more. Stop looking for the next great read in fantasy fiction for young readers-you've found it!" -Robert Liparulo, bestselling author of Dreamhouse Kings and "The 13th Tribe"

First I would like to THANK Amy at Thomas Nelson for allowing me to read and review Spirit Fighter. I have to say I loved this book and when I was finished I gave my son the book to read and he devoured it in one night.

Spirit Fighter is a story about Jonah and Eliza a brother and sister dual whose mother has been kidnapped by fallen angels. They learn that their mother is a Nephilim making then 1/4 Angel. As the story unfolds Jonah and Eliza have to trust the Guardian Angel God has sent down to guide them in the right direction of finding their mother. As they travel the dangerous streets of New York they begin to understand God's Plan.

I really enjoyed this story because it had all the elements I love in a story about Angels and Demons and Good VS Evil. This book is for middle school children and one I have recommended to my son's school for the summer reading list. It was a fast paced book and I read it in a day and I can'y wait to read the second book in the series.

Ephesians 6:12
New International Version (©1984)
For our struggle is not against flesh and blood, but against the rulers, against the authorities, against the powers of this dark world and against the spiritual forces of evil in the heavenly realms. 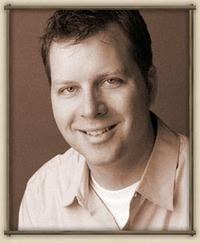 About the Author
Jerel Law is a gifted communicator and pastor with seventeen years of full-time ministry experience. He holds his undergraduate degree from the University of North Carolina at Chapel Hill (go Tarheels!), and a master of divinity degree from Gordon-Conwell Theological Seminary. Jerel began writing fiction as a way to encourage his children’s faith to come alive. He lives in North Carolina with his family. Spirit Fighter is his first novel.

GIVEAWAY:
Thomas Nelson is providing 5 print copies of Fire Prophet (US Only)
a Rafflecopter giveaway

Oh I know that feeling with sons who are not into reading. So glad to see your son enjoyed it. And the covers kind of has a Percy Jackson look/feel to them. Great to hear of these new books! Thank you!