Xpresso Presents A book Blitz For Release by Nicole Hadaway 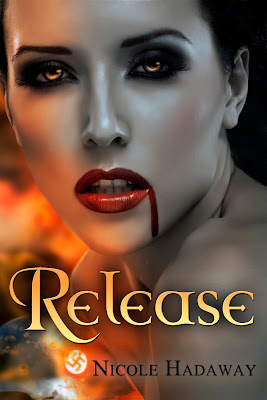 “The ends justify the means”...

For vampire Miranda Dandridge, using her supernatural abilities to rescue children from impossible circumstances is her means to be a part of the human world that she loves so much, despite the atrocities of WWII.

For doctor Ben Gongliewski, saving his fellow Jews from the horrific death camps is an end for which he risks his own life every day, hiding his Jewish heritage while feigning loyalty the SS.

Neither Miranda nor Ben expects to find love in World War II Europe, but that is exactly what happens as they work for the Resistance. When the war draws to a close, it seems like the vampire and the doctor are free to start a future together. But just how far the Nazis will go to further their own evil ends?

Desperate times make for ruthless men as loves and lives are threatened, but, Miranda and Ben know that their world cannot go to hell, not by any means…

Ben felt Rose’s tear-stained cheek against his own and thought, That’s how I feel too. Here, what had started out as a foolish lark – having dinner with a pretty girl – was now a full-fledged disaster. Ben didn’t know Rose that well, and now, he would be responsible for her death. The guilt made his stomach turn.

He held on to Rose, whose body trembled with sobs. And choking – the smoke was becoming thicker and it was really getting hard to breathe without coughing profusely. Ben could see that the fire was burning through the door now, bits of orange flames licking the wood.

“On the floor,” he managed to choke out, remembering that heat rose, so the smoke would be thicker above them than at their feet. Rose obediently crouched down, laying next to him, burrowing her body into his for comfort. He could feel that she was drying her tears, in an attempt to meet death bravely.

I must be dying, Ben said to himself. This has to be a hallucination – they can’t really be here. Before Ben’s eyes, blurred with tears, he thought he saw those two other women from the forest, Rose’s friends, the wild-haired brunette and the dangerous-looking blonde. They walked right through the doorway of flames. As if the flames weren’t even there at all.

The brunette had a look of relief on her face as she looked in his direction. Before Ben knew it, the brunette was at his side, gathering Rose in her arms. How did she get over here… but Ben reminded himself, you’re dying, these are just hallucinations before you cross over. Ben was surprised when the blonde one bent down, and, looking into his face, said, “He’s alive – should we take him?”

Ben doubted the blonde’s words – that he was alive. Because he was certainly on his way to Hell, seeing visions of demons – a kind of wolf now stood where the brunette and Rose had been. Yes, he was with a wolf, who held some kind of small, limp animal in its mouth.

Before he could wonder where the wolf had gone, Ben became vaguely aware that the blonde was gathering him in her arms saying, “Hold on bud, this is going to feel strange.”

So this is this is what dying feels like, like you really are on a journey, Ben thought as he saw a white light in front of him, then – darkness as he was being squeezed and forced through a tunnel.

Gordon and Jurgen remained silent, knowing that ‘the twelfth’ was something very important, so important that no one had ever really explained its significance to them. Apparently, foot soldiers such as they were not privy to such lofty plans. But nonetheless, it had become their bit of comfort as the Russians and the Western Allies advanced on German-held territories.

Gordon turned up the volume on the radio and Jurgen started dealing the cards. The men then sat there, each looking at their hands, wondering what cards to keep and which to discard, when a shadow fell over the table, as if the light from the hallway had gone out. All three men looked at the doorway to find the reason.

Cards dropped to the table as they stared, mouths agape, at what was now standing in their doorframe.

A naked woman, who had materialized out of nowhere. A blonde, definitely Aryan – her hair was so light – whose body exhibited the perfect female form. She moved to the side and held out her arm, gesturing down the hallway.

The main entrance door opened, and standing just outside the door was another naked female, a brunette this time, with wild curly hair.

The brunette spoke, and even though she was a good twenty feet away, her voice wasn’t loud, nor did it echo throughout the building, as others voices usually did when they called down the hallway. “May I come in,” she asked simply, placing one hand on her hip.

Jurgen, who was entranced even though he wasn’t exactly attracted to the women, nodded. The others were incapable of any movement.

Then the blonde and brunette were standing in the same room as the men – Jurgen didn’t even remember seeing the brunette walk down the hallway. But he could tell his thinking was muddled, it was as if he kept blanking out at each step the women took towards them, the sway of their hips acting like the taste of vodka on his lips.

The blonde reached Richard first, wrapping her arms around his neck. She didn’t waste but a minute before she kissed him fiercely, so much that Richard took a step or two backward from the force. He quickly regained his balance, however, and he returned her embrace, his hands moving up and down her naked form with movements that grew quicker and quicker with each pass.

The brunette approached Jurgen slowly, running her hands through her thick, wild-looking hair. She bent down to meet his face, looked deep into his eyes, and said “Why don’t you go outside, and be lookout for us? We’ll call you when it’s your turn, I promise.” She smiled, stroking his cheek.

The next thing Jurgen remembered was standing outside in the damp evening. He couldn’t remember having walked down the hallway to get here. He looked around, down the sidewalk, back to the door of the barracks, wondering if he had really been inside with Richard and Gordon, or if he’d fallen asleep outside, drunk from vodka, and dreamed the whole thing.

Yes, a dream, that was it. Jurgen thought as he stood, breathing in the night air, his mind clearing. Then he grew worried again. Hallucinations last night, vivid dreams today. No more spirits, he vowed to himself. Wouldn’t do for him to go crazy and be dishonorably discharged. 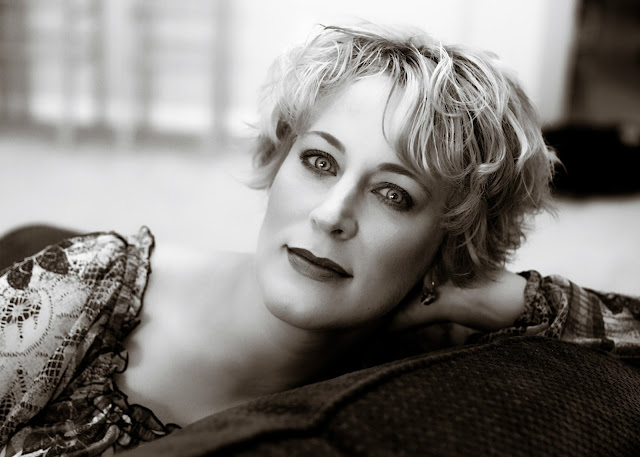 AUTHOR BIO
Nicole Hadaway:As a lawyer, Nicole Hadaway knows all about bloodsuckers and deals with the devil. She currently lives in Texas where she pens such tales involving the supernatural, featuring her heroine, the vampire Miranda Dandridge.

There was no way Neil was going to get messed with tonight. He hadn’t made it through this war, with its air raids, rations, and the threat of Nazi invasions only to meet his end by some crazy on a back street of London. No sir, not tonight. Especially not on New Year’s Eve.

Neil made two moves at the same time. He turned to run – he was a pretty fast runner, and had kept in shape. He also pulled out his pocketknife, and opened up the blade. He didn’t want to get into a fight; it had been ages since he’d been in one, and with his right hand, he was well aware of his handicap. But just in case…

Neil’s foot had barely touched the pavement when he was stopped dead in his tracks again, as there was now another man, who must have been standing behind him this whole time. A blonde man this time, with pale skin, yet very dark, almost black eyes. A Nazi – oh my God, they’ve made it here! He thought in a panic. Before he could think of his next move, the man opened his mouth and, speaking English without any accent asked, “Hey Cray – how much longer? Daylight’s not too far away,” he called out.

Neil heard a whoosh of air and before he could turn around, he felt a hand on his shoulder.

He followed the hand on his shoulder, and found himself staring into pale blue eyes. Eyes that seemed to bore into Neil, forcing him to drop the knife, which he’d been holding out poised to strike. The man reached over with his other hand and took the knife, tossing it to the side, saying, “You won’t be needing this, friend. We’ve our own ways of getting your flesh and blood.”

Neil knew he should have been afraid – he was afraid – but he couldn’t move; for some reason, he was rooted to his spot. One side of his brain screamed fight, fight, fight! But another part of him just wouldn’t allow it. Maybe it was because he knew the man was strong and he could feel that his shoulder might break from the crazy man’s grip.

It did break. Neil heard a loud snap! and felt the pain shoot forth from his shoulder down his arm and across his chest. Through the pain, he thought he heard someone say, “Sorry chum, but I like it when the marrow gets into the blood, with the adrenaline. Makes it tastier.”

Neil tried to scream, but something was at his throat, almost strangling him. He felt the fire of his shoulder meld with the burning at his throat. All he could do was look up, into the street lamp, and into the white light that quickly engulfed his entire body.