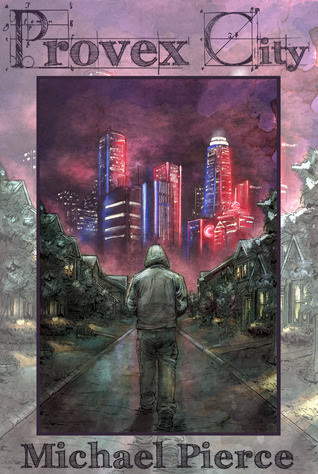 Fifteen-year-old Oliver Grain begins his school year fighting off bullies, learning about the boy who committed suicide in his room, and trying to understand why his history teacher, Mr. Gordon, has taken such a personal interest in him.

Mr. Gordon tells Oliver: "When you truly believe anything is possible, you will be able to open doors where there were only walls." And one of those doors leads Oliver to Provex City, which puts him in far greater danger than he can possibly fathom.

Provex City is a rare read. I have to say that books from boys POV's always intrigues me because you don't get a lot of that in YA but it is starting to become the norm and I love it! To read a book written in a boys POV is wonderful because as we all know boys are always like "yeap", "nope", "oh well, not my problem" so to see this new world and new characters all from Oliver's POV I jumped at the chance to read it.

Oliver has a lot on his plate. He is starting school and he is already dreading it. At school he is bullied and he is not exactly sure how to handle it. Should he strike back or should he just walk away and not let things bother him? If things couldn't be any worse his brother is popular and there are times when Oliver would like to be just like his brother. Then something weird happens to him at school and Oliver is thrust into a world he is not so sure is real. He is questioning himself when he gets an unlikely ally in the form of his History teacher who challenges him in more ways then one.

His History teacher wants Oliver to open his mind to the possibilities of other things. Well what other things you are thinking right? Well maybe ghosts and maybe another paralleled world. What is Oliver to believe in? Once he does open his mind things start to fall in place and Oliver no longer feels like an outsider. Making friends is so easy and what he discovers is more valuable than anything he has ever experienced before.

Come along for the greatest ride of reading in your life. See things from a boys POV and see how boys really think! 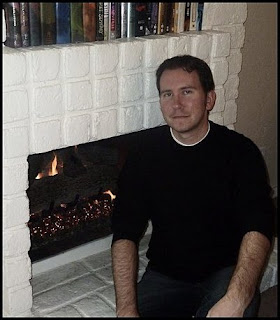 Michael Pierce lives in Southern California with his wife, daughter, and two ultra-protective Chiweenies. Provex City is his debut novel and the first book in the young adult fantasy Lorne Family Vault Series. 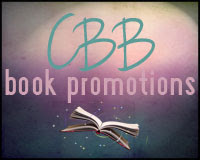 Thanks so much for the great review of Provex City and for being part of the tour! I'm thrilled you enjoyed it. :)

Yay! I'm so excited you loved it! I have been telling people that this book is amazing. I loved how Oliver was such an average guy. I think that boys in books are usually 'bad boys' or have some crazy reputation and Oliver wasn't like that. Thanks for hosting a stop!

I love the cover. I am almost always drawn to the cover first. It seems to make me want to walk into the book. How cool would that be.Then I would be just like Oliver. The review is great, definitely makes me want to pick up the book and read it. Thanks for the post and the giveaway.