They have been beaten and bruised, set on fire, and nearly drowned, but manage to always find their way home. Over their last Winter Holiday break before college, Shayna, Jodi, and Steven try again to put aside the magic in their lives for a little mundane fun. But Shayna's mother is having dreams of fire and death. A mysterious stranger by the name of Liam has just arrived in town. And Shayna's attempts to manage her new angelic powers are set back by Steven's insistence that the trio intervene in a riot outside of a concert, with disastrous consequences.

In her attempt to stop the riot, a man sees Shayna use her magical abilities – a man driven mad by watching his brother die at the hands of a black witch. He stalks Shayna, plotting to destroy her and her friends. With her mother’s warnings echoing in her mind, Shayna is now in the fight of her life against an unlikely foe: a human man.

MY REVIEW
5 OF 5 FIRE
First I have to say that I love this series so so much! I have read every book since the beginning and I have to say that Shauna is an amazing writer whose books keeps getting better and better. Following Shayna, Jodi, and Steven's stories has been such a ride for me. We have been introduced to a new world where demons and all sorts of evil lurk in the background just waiting for an opportunity to come out and cause havoc on this small town. The trio is not having any of that and that is where the story gets great because the trio is willing to do anything to save their town and they are at times afraid to face the evil but in the end they face it and know that they have done the right thing.

In Fire we get Steven's story and boy oh boy can I tell you I just love Steven to pieces. He has grown so much in these books and he has finally come into his element of Fire and he is learning to master it. Steven has a heart of gold and in this story that is what gets him and the gang into trouble. They are at a concert when something happens and the three of them use their elemental powers to save the day and a guy is watching them and when he sees what they have done he is furious. The man has lost his brother to magic and he wants revenge. He wants to rid the world of magic and evil as he says it took his brother from him.

Soon the man is stalking Shayna and the three of them have to stop this psycho before he hurts anyone. But in doing this the three of them will have to come together and Steven will have to control his element and use it against the evil that is out there trying to destroy them. Can Steven save the day? Will he have mastered his element enough to make a difference? Man you have to read Steven's story because the ending will have you shocked! I love reading the end because I am always in awe with the lessons they learn and what they walk away with.

So come along and follow the story and dive into an EPIC series! Thanks Shauna for writing such an EPIC world for me to read!

Grand prize: Shayna’s Solstice gift to Deb (a hand knitted scarf) and a signed paperback of the winner’s choosing (Earth, Air, Water or Fire), bookmark, and a $10 Gift Card for either Amazon or B&N. – Open to US/Canada 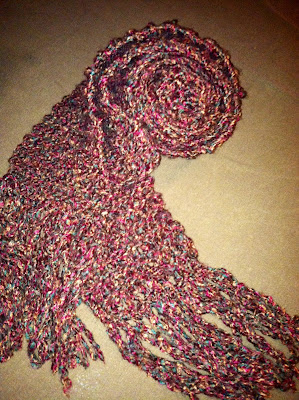 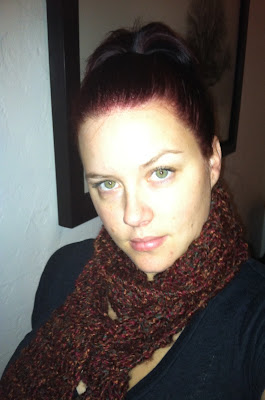 Author Bio:
I don't do well talking about myself. So as basics go, I have recently self-published the first two books in my Elemental Series, Earth and Air, Young Adult Urban Fantasy novels. Look for the third installment, Water, coming in 2012!

I have been working on the Elemental Series for the last four years and plan for it to be a 5 book series. It was a hard decision to self-publish but it's been an exciting and terrifying ride.

Sounds fantastic! Thanks so much for sharing :)

This is a fantastic giveaway! Thank you for the amazing chance to win!