Synopsis: Have you ever wondered what could be hiding in the shadows?

Well, for eighteen-year-old Zahara Faraday, she doesn’t have to wonder. You see she comes from a lineage of Light Witches, those who have chosen to help protect and serve between the supernatural world and the human world. The only problem is Zahara, like her father Solomon, is as human as a human being can be whereas her mother, Mia, and her Aunt Catalina, were born as Light Witches. As a family they hunt down rogue supernaturals—creatures who harm humans or who have committed an act against their kingdom.

Zahara’s hunting skills are usually kept dormant since her parents would prefer she live life as a normal human girl without knowledge of the supernatural world. She plans on doing just that—except when she finds a couple being attacked by fairies, she has no choice but to step in. Before she can return to pretending to be blissfully ignorant, Zahara encounters a problem she isn’t the least equip to handle: Bryan Hamilton, the good looking new co-worker she has to help train. In a heartbeat, her best friend, Becca King, has set her up on a double date with herself and her new crush, Rekesh Saint-Louis, who happens to be the most powerful leader of the biggest Imago Coven in South Florida –supernatural creatures with the ability to control water . . . and suck out human souls.

Zahara has no time to focus on how she’s going to explain her double date with her best friend and the enemy they have a tentative truce with to her parents because soon one of the members of Mia and Catalina’s coven is found murdered with a strange tattoo of a snake with wings carved into his arm.

Zahara is then thrown into a whirlwind battle with an angel determined to have revenge against God, an Imago coven she doesn’t think they should trust, and slew of dream-eating fairies and powerful Nephilims, hybrid children of angels and humans, more than happy to rip her to shreds.

Normal just got a deadlier definition.

Add to Your To-Read Shelf on Goodreads!

She pulled him back and shook her head. “I’m the worst dancer! My feet, hips, and body don’t know how to coordinate well together, so I wind up looking like an ostrich trying to bust a move.”

Bryan laughed and pulled her onto the dance floor. “Whether you look like an ostrich or a ballerina dancer, you’re still the best lookin’ one here.”

He spun her around and placed his hands on her hips, attempting slowly to move her in the same rhythm as his own. At first Zahara’s body moved stiffly, even under Bryan’s warm and smooth hands, which were sending shivers creeping up her spine and around her midsection; she couldn’t stop looking around the club. Stuck in between a group of scantily clad teenage girls who kept dropping to their knees and bouncing back up, a giggling mass of hysteria, and a Spanish couple pressed so tightly together their dancing came off as borderline sex, Zahara felt like an alien. Even the hyena-sounding girls–who Zahara was pretty sure, were all buzzed and quickly heading to being drunk—moved with more skill than she possessed.

But Bryan pressed her closer against him and placed her arms to circle his neck from behind. He moved a little faster and Zahara fell into step, laying her head against his shoulder and closing her eyes to drown out the crowd. She focused on the hard muscles of Bryan’s chest, his heated breath against her hair, and his fingers gripping her waist. She absently wondered if it was wrong that an angel was dancing inside of a club full of youth, and if this was as weird and exhilarating for him as it was for her. Bryan spun her around to face him and kissed her. He wasn’t as gentle as he usually was, digging his hand into her hair and nibbling on her bottom lip. Zahara whimpered and moved her fingers underneath his shirt, digging her fingers into his back.

Bryan pulled back and laid his forehead against Zahara’s, his breath ragged and intense enough to set her on fire. “You’re making this difficult.”

“Leaving you.” Bryan closed his eyes and kissed her again.

“Enough with the games, I know what you are, Nephilim and if you make one move, I promise I will crave you open.” ~Zahara

“You caught me, I was definitely dreaming of you. If I remember correctly, you were frolicking on a beach, wearing a pretty skimpy red bikini and some kind of flower in your hair. Gotta say that was the best dream I’ve ever had.” ~Bryan

“Time is endless for a being such as I. Power is the only master I trust.” ~Lucifer

“Solomon, you will remember that although I agreed to ally myself and my coven with yours, that does not mean you have any semblance of authority over me. We have a truce, and I conduct my own actions as I see fit, whether that involves Becca or not.’

‘And you remember I will take your coven down the moment you step over the line,” Solomon hissed.” ~Solomon and Rekesh 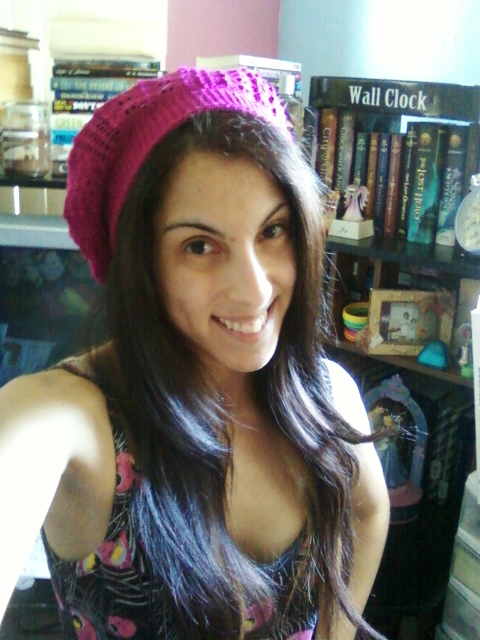 About the Author: Annabell Cadiz was born in the sweltering heat of South Florida. She was raised surrounded by Puerto Rican chefs and band of siblings that weren’t all related to her. A self-proclaimed nerd and book-a-holic (her room does hold much evidence to prove her claims are justifiable), she created TeamNerd Reviews to showcase her EXTREME love for novels where, along with her best friend, Bridget Strahin, she hosts book reviews, interviews, giveaways, Indie Shoutouts and much more. She also blog tour services for authors. She also had the pleasure of being published in three separate issue of Suspense Magazine. She also adores Cinnamon Teddy Grahams, has an addiction to Minute Maid Orange juice, and is a proud Jesus Freak. She is working on getting LUCIFER, the first book in SONS OF OLD TRILOGY ready to be published JANUARY 31, 2013.

Where to Find the Author

Thank you so much Tee for participating in the cover reveal and for all your support!

(Also, just wanted to let you know the link for TeamNerd Reviews has to changed to: http://teamnerdreviews.blogspot.com/ )