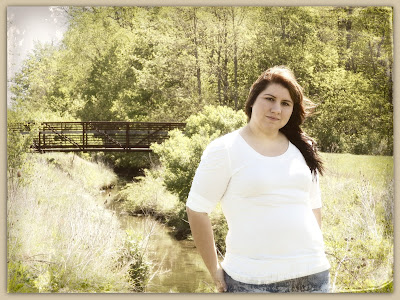 This is a story about a girl, named Mia. She grew up in suburb of medium sized city. There were cold winters, and hot sticky summers. Mia’s favorite seasons were spring and fall. She enjoyed the mild seasons, but also loved the vibrant colors each possessed.

Mia loved music. She didn’t just love it, she sat on the floor in front of her Casio stereo for hours at a time, recording songs off the radio. Then she would cue them up and make sure she only got the music as she recorded them on a second tape, without the DJ’s voices on them, just the music. Then she would listen to those songs absorbing the words as she sat in her room and wrote her poetry.

She wrote her first Poem when she was thirteen. It was called Sands of Time. When she was sixteen and again when she was eighteen she won two state competitions for her poetry. Her Poetry was stories of roses, starry nights, love, loss, and the scars left behind. She found recourse in those private moments filling notebooks of her writings. As she grew so did her inspirations, and when ever it hit her the rest of the world melted away until her verses were written, alive in the world.

Even today as Mia writes mostly YA fiction, poetry still holds a special place in her heart. Her love for all things words propels her forward in her pursuit of the next great story. Her Debut Novel The Ocean will be released this spring.

Mia is an incredible writer. I first met her through a mutual blogger sheknownasjess. Jess asked me if I wanted to read a book called The Ocean

I told Jess yes I would love to. Once I started reading it I could not get enough! I had to know who this author was and what else she wrote. I stalked her bawhahaha on facebook and her blog and then when she released Generations

I was so excited I stayed up all night reading it! I spoke to Mia via facebook and did a mini interview and that is when she told me about her new work in progress The Butterfly Series. After staying up late into the night chatting she shared some of her work with me and HOLY HADES I was captivated by this series.

Becoming a Butterfly is a story about coming of age and finding yourself when you never knew you were lost.

16 year old Lacey was never the center of attention, unless she was tripping, stammering, or being deposited into a pool by the local popular kids. All she wanted was to fit in, until one night when everything changed.

Jade and Tasha, her two best friends, helped her create an online personality that was everything she wanted to be - and it was only the beginning. In doing so she attracted the attention of Henry, her lifelong crush and next door neighbor. Unfortunately it was Farrah, her online personality and not herself, he was interested in.

She also attracted Chase the brooding, quiet, anti-social new kid of Brownsburg High School, who easily figured out her secret and blackmailed her. They forged a friendship that was both unique and complicated.

Lacey must decide if revealing herself to Henry and her entire school as the cool, charming, and funny Farrah is worth possibly losing him forever, and she finds herself needing to make an even harder decision than she ever thought possible. When did the lines between truth and lies get so blurred?

**This is a MATURE YA FICTION SERIES**

Everything changed for the Baxter sisters last spring. Lacey blew it with Henry her lifelong crush, only to discover a blooming relationship with her best friend, Chase. While he picked her up and put her back together, they grew closer over the summer. Now that school has started, he’s found popularity thanks to his band Cate’s Ashes, and he’s hiding secret phone calls and text messages. Plus, did his ex-girlfriend just appear out of the blue at his show? Forcing Lacey to wonder if he’s over the feelings he pronounced for her at the beginning of summer. Add to the tension, a realization and secret of her own to keep about her worse enemy. Lacey vows to be the bigger person and keep Byron’s revelation, but what will it cost?

Meanwhile, as Lana tries to find herself again after her suicide attempt, she’s befriended by the school’s resident bad girl, Britt, and new chicano boy, Tomas, in the same week. Britt offers unconditional acceptance that Lana didn’t realize she craved, while Tomas brings out the best in her, and makes her feel alive again. Britt is dangerous and daring, while Tomas exudes security and safety. Vices come easily when you are already addicted to something you crave, and Lana muddles through figuring out who she wants to be.

With their parents constantly arguing, and their dad moving into the guest bedroom, the pressure on the girls may explode destroying them all. Is there a place for happiness when their world is crumbling around them?

I love this series for so many reasons. First Lacey is a bullied girl but she finds her way and learns to accept herself for the way she is not what she can be. Then there is my man Chase, lord I love that boy! He is so gentle and patient with Lacey. He knows her secret but he still cares about her. He loves her for who she is and no one is going to come in between that. This is a story about first loves and the ups and downs we face as we start out our new relationships.

so if you want a great read for the holidays this is it! Give it a go and come along for a ride with Lacey, Chase and the gang!

Mia I have a new song for Lacey and Chase Kiss Me by Ed Sheeran
http://www.youtube.com/watch?v=jhHyZFiE5fQ


Buy Links For The Butterfly Series

Thank you Mia for sharing your talent and worlds with us readers. You have changed me forever with all these wonderful characters.
Posted by Tee at 12/04/2012 08:14:00 PM