Looking at Things From a Different POV!

It’s always fun to be able to step away from your work (that you’ve looked at for what seems like centuries), and see things from a different point of view. Now, Emily and Matthew are the angel/warrior team that I absolutely love and who’ve been ‘running around’ in my brain for a good, long time. But a fan recently asked what I would think about them if they were vampires instead of angels? So, just for fun, let’s head to Ellis Island as Matthew gets ready to ‘welcome’ people to America in a whole new way!

He stood on the deck and stared up at the statue. The glorious Lady of Liberty held her torch high, beaming her light across the water like a beacon of hope to the occupants of the liners that were now choking the harbor.

Matthew wished with all his heart that the so-called ‘welcoming’ Americans were actually that large. If they were, then one ‘Lady’ would be all he’d need for eternity, and he would never have to worry about snagging that next victim.

Sighing heavily, he tried not to covet the passengers around him. “Another day, another dollar,” he thought. Of course, he had no need for money. The only reason Matthew even bothered working on the Island was to get his hands on the manifests and see exactly where the new morsels were coming from.

What people didn’t understand about his kind was how hard it was for him to feed. After all, humans had choices; a steak here, a soft pretzel there, a nice salad for the vegetarians. They had variety…so why shouldn’t he? If they only knew that it was those Russians who had that deep, rich taste that was almost like having a drink with dinner, seeing as that the vodka was definitely flowing through their veins. And that it was the Germans who had that meaty flavor - the perfect morsel that would offer him the burst of iron he needed to make the day go a little faster. The French? Well…they were okay for breakfast or a snack in the afternoon, but they were incredibly sweet. Perhaps it was all those baked goods and piles of croissants that simply made their blood overly sticky. But those Italians….Yum! Let’s face it, no other ethnic group could provide that extra cheese and homemade sauce that was only found in the Italian kitchens.

Licking his lips, Matthew cringed as his fang suddenly went straight through his tongue…again! Someday he truly hoped that they would find the technology to produce some sort of fang protector so that this wouldn’t keep happening. So what if he was self-healing? It was still annoying!

As he entered the building a wave of nausea erupted in his stomach. The heady stench of disinfectants made Matthew dizzy, as the porters and the charwomen tried with all their might to keep the immigrant lice from ruining their finely polished floors.

Hell, that cleaner was so horrific it even covered up the scents of those lovely veins just waiting to be opened.

Walking up the recently swabbed stairs and into the Great Hall, Matthew took his place at a desk that sat directly under the flag of freedom. Over his shoulder sat William, the tallyman, who sat on a stool holding a ticker in his left hand. With each click, another immigrant won the right to call themselves an American.

Bill just nodded in reply; his face was permanently set in a pinched frown of unwavering boredom. “Cold.”

Matthew chuckled. Bill had always been a man of few words. In fact, he secretly believed Bill had to be a vampire. No smell of blood came from him at all, but his pulse did beat in his wrist, so he was definitely some sort of freak of nature.

“Too cold for me,” Matthew said. “I like the summertime. Can’t even smell the apple blossoms on a day like today.”

Bill grimaced, “The putrid scent in here is always the same.”

Matthew nodded his agreement, as he heard the throngs of people waiting at the bottom of the steps for entrance into the Great Hall. Their accents mingled together excitedly, as they awaited their turn to enter a building that they’d built up in their minds to be the gates of Paradise.

Watching the first head bob up the staircase, matted with dirt, scarred with bruises, and itching with the possibility of rat bites or worse, Matthew’s stomach began to growl.

I still think, readers, that Emily as a vampire would have Matthew ripped apart in about two seconds (LOL). But always remember…it’s fun to see the other side of the coin.

Until Next Time, Everybody,
Amy

Anya stared over at her. “My what?”

“Dander. You know...get your back up...your nose out of joint? Forget it, honey.” The woman grinned and stuck out her hand. “I was born in Augusta, Georgia and my name is Hope.” She winked. “I am a southern gal among these Yankees; like a rose among the weeds.”

Anya smiled slightly at the look of humor on the woman’s face. “My mother believed she was a very funny person; I guess I got her skills.” “Is she here?”

“Goodness no, darlin’. My family packed up the wagon and went West years ago. Lookin’ for fortune, if I remember correctly.”

“Why didn’t you go with them?”

“Wanted to find my own fortune and thought this would be the place. You’ll see; it’s all very excitin’ here. There’s so much to do and see that you’ll just love it. I’ll show you around tomorrow.”

“Mr. Parrish is coming along to do so.”

Confusion smothered Anya’s brain. She wondered why this stranger was speaking to her like they’d been best girlfriends forever.

“Much too young for me, however. He’s only goin’ on eighteen, I believe. Drew is Max’s best friend.” 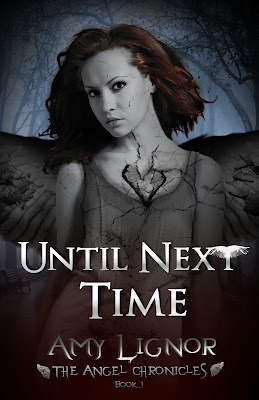 Matt and Emily were created for a specific job. Raised and trained as the ultimate angel/warrior team, they are sent down to save, defend, judge and forgive, depending on the ‘life’ they’ve been assigned. What they don’t realize is that the power of human emotions, such as love, anger, passion and fear can take over even the best of souls, causing them to make mistakes and follow paths that lead to confusion and heartache.

When the reason for their training is finally revealed, the angel/warrior team find themselves thrust into a world they know nothing about. Matt takes over the life of Daniel, a young man with a great deal of baggage. Emily becomes Liz, a girl living in a remote village who relies on nothing more than her own strength to survive. A violent storm erupts one night, and framed in the window of Liz’s establishment is a frightening face. Let in by the soul of a Good Samaritan, the two visitors bring with them a past full of secrets that could literally change an angel’s path and a warrior’s plans.

From murder to redemption, this angel/warrior team must find a way to keep the faith they have in each other in a world that’s ripping them apart.

Until Next Time: The Angel Chronicles, Book 1 buy links: 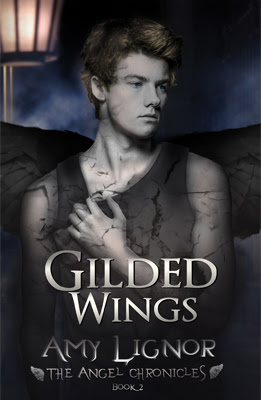 The Beloved Angel/Warrior Team from Until Next Time Returns!

Emily never wanted to face humans again. With the heartache that went on down below, she’s still trying to figure out how to save souls that don’t deserve saving. The only one she wants to see again is Jason – the young man she fell in love with who became the soulmate she simply can’t forget…

Matt was trained to protect and defend the souls down below. Longing to feel the heartfelt emotions that come from being human, Matt wants nothing more than to have just one life – one chance – to live and love the girl of his dreams…

The powerful team find themselves in a brand new century, living in the Gilded Age of New York City. Emily takes over the body of Anya, a young Russian girl who arrives on Ellis Island after a hideous tragedy. There she meets up with a strangely familiar young man by the name of Drew Parrish, who helps Anya survive in an unknown world of luxury, snobbery and…obsession.

What Anya’s inner angel doesn’t know is that the soul she loves is also back. This time around Jason goes by the name of Max Carrow. Once a quiet and kind boy, he’s now part of the ‘Four Hundred Club,’ and wants nothing more than to be among the most admired as he climbs the shaky ladder of society’s elite.

As two worlds merge, Emily and Matt struggle under the weight of their “Gilded Wings.” Not only will they have to figure out who they should fight to save, but they must also face a romantic choice that could destroy them both.

~About Amy Lignor The Author ~ 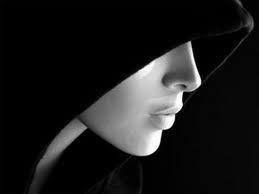 Until Next Time Goodreads page:
http://www.goodreads.com/book/show/13319888-until-next-time

Tee, thanks for inviting Amy and the angels back for Book 2. We're delighted to have you on board for the read-along tour :)

Tee - I wanted to stop by and thank you so much for having Emily and Matthew on your incredible site. I hope you and your readers like their second adventure!!! Happy New Year!