I was never supposed to be a rock star. I had my life all planned out for me. Play football in college. Go to the NFL. Marry my high school sweetheart and live happily ever after.

I broke both our hearts that day when I told her I was leaving. I was young. I made the right decision for me, but the wrong decision for us. I’ve poured my soul into my music, but I’ve never forgotten her. Her smell, her smile.

And now I’m going back.

I hope I can explain that after all this time.

I still want her to be my forever girl.

Forever My Girl is one of the BEST books I have read in 2012! I of course have my favorites but this one hands down dammit is THE BEST one I have read! I first saw the cover when they had the cover reveal a few months back. As soon as I saw it I put the widget up on my blog so I could get it as soon as it released. So yesterday was the release day and I bought it and read it in five hours while I was at work. I just could not put it down Lord when I started reading I went from happy to sad to mad to angry and then the ending well.... you have to read it because I will not spoil it for you.

Liam, Jossie, Mason, and Katelyn are best friends and lovers. They have grown up together and have become couples. Jossie and Liam are the all American dream couple. Liam the quarter back and Jossie a cheerleader and Mason plays football and Katelyn is a cheerleader. They plan everything together right down to when they will get married to how many children they are going to have. But as all things high school things don't always pan out and things and circumstances change. For Mason and Katelyn things stayed the same and Mason married Katelyn and they had children and lived that American dream but for Jossie and Liam things went a little different.

For Liam and Jossie things went wrong after they graduated high school. See Liam always did what his father told him to do and when he went to college he knew something was off. His heart was no longer into football like his father wanted. Plus to make matters worse his father forced him to go to a different college than Mason, Jossie, and Katelyn so he was alone and had no friends there. Stressed and frustrated Liam has a meeting with someone he never knew growing up but what she says impacts him in a way he never thought. It is after this meeting that Liam decides he is going to do what he wants and not what his father wants.

But with all change things change and people change and people get hurt. Liam decides he is going to quit college and break up with Jossie and move on with his life and start a career in the music industry. Liam changes his last name and moves to LA and makes a good career out of singing but he can't get his girl Jossie out of his mind. She is still everything to him and he is miserable without her. He writes song after song about her and the love he has for her. He knows he screwed up when he left her at her dorm that night that changed everything for him but he needed a clean break and he is definitely paying the price for it.

Then things change because Mason is killed in a car accident and he goes back home to pay his respects to his best friend and help out Katelyn if she needs it. What he did not expect was to go home and see Jossie and have all those crazy feelings come back. Now Liam's heart is ripped wide open when he gets home and finds out Jossie kept a secret from him and boy oh boy what a secret. What unfolds after Liam comes home for Mason's funeral is where the story lies. This is one story that will tug on your heart and leave you breathless. I could not get enough and I kept talking to the lovely author Heidi on facebook where she had a release party and I have to say that Forever My Girl will be somewhere on my Top ten for 2012.

This is an incredible story about love, loss and finding yourself. What do you do when the love of your life leaves you and rips your heart out? Can you just move on or do you continue to love them? Come along for the greatest ride of a lifetime. Plus who could pass on a bad boy rocker who rides a Ducati! Lord you all know I love me some bad boy rockers who drive motorcycles and especially a ducati! 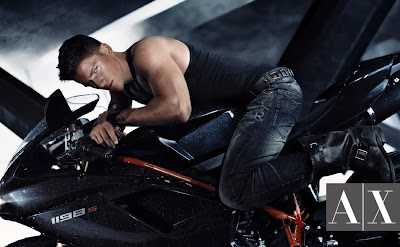 My grandma once told me that I can do anything I want, so I am.

Originally from the Pacific Northwest, I now live in picturesque Vermont, with my husband and two daughters. Also renting space in our home is an overhyper Beagle/Jack Russell and two Parakeets.

During the day you'll find me behind a desk talking about Land Use. At night, I'm writing one of the many stories I plan to release or sitting courtside during either daughter's basketball games.

I'm also an active reviewer on The Readiacs - a site I own with my best friend and uber special beta, Yvette.

Music is a huge part of who I am. I always have my iPod or iTunes turned on and I’m constantly looking for new music. One of my best friends is a musician, so he’s always introducing me to new music. He’s also my sounding board when I find someone I like.

I have a playlist for everything with some songs making it on multiple lists. My music taste varies. While I’m not a country fan, I do enjoy some of the artists and will buy their music. I do tend to like Top 40 or this “new” alternative.

Painkillers by Eric Heatherly – This is a song that Liam “writes” to Josie, hoping to explain who he was without her in his life. Unfortunately, at this time, there isn’t a video. However, this song is a huge part of Forever My Girl and such that the first 200 people who purchase the book and email their receipt to thebeaumontseries@gmail.com will receive a free download.

It’s Time by Imagine Dragons – The title alone tells the story. It’s time for Liam to return home and face the consequences of his actions.

One and Only by Adele – This is very Josie. She’s moved on, but the ghost of Liam still lingers in her mind.

Home by Michael Buble – Home really captures what life was like for Liam on the road.

Broken by Lifehouse – There is a moment in Forever My Girl where Liam tells Josie what he looked for at each concert. This is how he felt, looking, but never finding her.

Secrets by OneRepublic – Secrets is truly fitting for both Liam and Josie as they come to terms with what’s lingering between them. Both have secrets, yet both are willing to put them aside.

Want to win an e-copy of Forever My Girl? a Rafflecopter giveaway 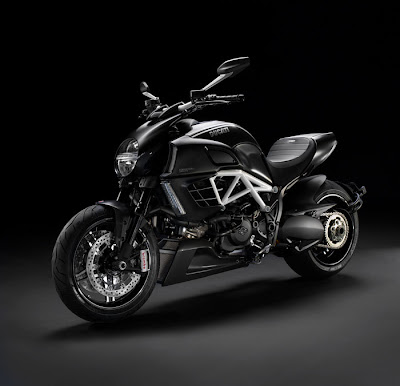 Thanks so much for the review & chance to win a copy :)